UPDATED 1/2/20: So with all the craziness over the opening of Star Wars Galaxy’s Edge, we thought we’d revisit this topic as many people have been wondering about it. In fact, it’s a bit strange that Star Wars Land up to this point isn’t using a FastPass system and some questions remain:

Will there eventually be FastPass in Galaxy’s Edge?

Will it be a paid version?

We’re going to answer those questions to the best of our ability now. Of course, we don’t work for Disney so we don’t know their motives behind all the decisions they make regarding Galaxy’s Edge, but based on the operations so far and guest flow, we have an idea.

Is there FastPass in Star Wars Galaxy’s Edge?

Currently as of January 2020, at this time there are no FastPasses in Star Wars Galaxy’s Edge in either the Disneyland or the Hollywood Studios version.

Now, this isn’t to say that there will never be FastPasses in Galaxy’s Edge. Both the Smugglers Run and Rise of the Resistance attractions are equipped for FastPass and they will eventually use it, they just haven’t so far.

When and if Disney does release FastPasses for Star Wars Galaxy’s Edge in the future, we’ll be here to give you a strategy on how to get those FastPasses and what the best way is to utilize them.

For now, we are going to talk about the current loading system they are using, why they aren’t using FastPass, and when we expect it to arrive in the parks.

Why there Isn’t FastPass in Galaxy’s Edge

I get it, people naturally don’t want to wait in lines when visiting a theme park, or at least as much as humanly possible. Since Disney rolled out the FastPass system years ago, we’ve become spoiled to the idea of skipping the lines of our favorite attractions and passing by all those poor people forced to wait.

But in Galaxy’s Edge there are no FastPasses so what gives?

Disney made the decision to use a reservation system in Disneyland when opening Galaxy’s Edge and didn’t make any FastPasses available to the public. They felt that the limited number of guests visiting Galaxy’s Edge would be sufficient and make FastPasses redundant.

What about this Virtual Queue we’ve all been hearing about? Disney used the Virtual Queue briefly on both coasts when Galaxy’s Edge first opened up. Low crowds throughout the Summer and early Fall showed that they didn’t need to keep using it for very long and so they stopped.

But why would they still not use FastPasses? At first it was believed that maybe Disney just wanted to build hype around Galaxy’s Edge and the attraction/s. Look at when Flight of Passage opened in Pandora a couple of years ago… 6-hour lines. Look at when Frozen Ever After opened in Epcot…5 hour lines.

Heck look at the new Hagrid’s Magical Creatures Motorbike Adventure that opened in Universal…it was reported lines were up to 10 hours on opening day! You may think that creates bad press, but it doesn’t (not being operational creates bad press, but that’s another story). It creates buzz and gets people thinking they need to go on that ride because if people waited 10 hours it must be amazing!

Another thing that might have an impact is the fact that these attractions are so complex (especially the Rise of the Resistance) they wanted to do some extensive real-world testing on these attractions when they first opened to figure out how many FastPasses they can allow per hour, while not slowing down the regular line.

In studying FastPass over the years, it’s shown that having FastPasses available, actually, reduce the capacity of attractions when used, so it’s actually been a smart move on Disney’s part to not include it right away in both Star Wars Lands.

Seeing this is the case, Disney ran into a problem with the opening of Rise of the Resistance in Hollywood Studios. It’s been notoriously difficult to keep running efficiently for long periods of time since opening, so including FastPass would just further reduce the ride’s capacity, keeping even more guests from riding.

Instead, Disney opted to use Boarding Groups for Rise of the Resistance, and it has been pretty efficient so far.

Of course, Disney has stated that “we will continually evaluate our operations and services in order to help provide a great Guest experience.” Again, we know they will eventually put it in Galaxy’s Edge down the road, we just don’t have any timeline on that at this point. Heck, the Millennium Falcon has been open since May 2019, and it still doesn’t have FastPass yet.

Could Galaxy’s Edge in Disneyland and Disney World actually have a Paid FastPass system?

I wanted to talk about this because of a rumor that was out a few months ago. Basically it was saying that Disney was leaning towards selling FastPasses for the attractions: Star Wars: Rise of the Resistance and Millennium Falcon: Smugglers’ Run.

According to the rumor, the paid FastPass system would have allowed guests to buy their FastPasses ahead of time so they didn’t have to wait in the gigantic lines. They proposed that paid FastPasses wouldn’t be the ONLY FastPasses though, as both Disneyland and Walt Disney World would still have the normal FastPass systems in place for guests who don’t want to pay.

Again nothing has happened regarding paid FastPass yet and at first it seemed plausible, but now it does certainly doesn’t look like Disney will be using any sort of paid FastPass system here in the short term.

The reason why some people were thinking it was possible is that it makes sense from a financial standpoint for Disney. They know they have a gold mine in Galaxy’s Edge, and people would potentially be willing to shell out the $ to skip the lines, or to pay for preview events even before the new land opens.

A paid FastPass system would speed things up tremendously and make the experience of visiting Galaxy’s Edge much more pleasant for those willing to pay instead of having to wait hours and hours in line.

There’s no word on how much this would have cost but my initial guess is that people would easily pay $20-30 per attraction if they could skip over everyone and jump to the front of the line. That would get expensive with a family of 4, but if you are just a solo visitor would you rather wait 5-6 hours per ride or spend the $20-30 bucks?

Again as long as the Virtual Queue is running for Rise of the Resistance it’s less of an issue. What happens though when that stops, as it is rumored to at some point in 2020?

Since both parks have two different FastPass systems, they would each handle a Paid FastPass service differently. In Disneyland, it could be added on to the MaxPass system as a premium upgrade.

In Walt Disney World they would probably have a specific amount of FastPass+ reservations set aside as paid options allowing you to book them through the My Disney Experience app.

This, however, would cause some problems because each attraction can only handle so many FastPass reservations per day. That means that the ones allocated online to guests who aren’t paying would be severely limited, with a much lower quantity available.

Just an example, if they have 10,000 FastPasses per day for each attraction, they might decide they need to save 3,000 for paid FastPasses meaning only 7,000 will go out to the public. I guess they could always release the un-bought FastPasses the “day-of”, but quantities would be really reduced.

Also seeing people walk by when they themselves are waiting out in the hot sun for hours and hours, would make a real lot of guests pretty angry pretty quick. I also don’t think it would be good press to have a paid FastPass system at this time. Prices are high enough as it is in Galaxy’s Edge, and I don’t think Disney would test pushing the limits that much.

At this point thankfully I don’t think they will ever do it in Disneyland or Hollywood Studios because the virtual queue system eliminates a lot of the normal lines you might see forming in another attraction queue.

The virtual queue limits how many guests can enter rides like Rise of the Resistance, so the overall capacity should be pretty low and it isn’t necessary to have FastPasses at this time.

The whole thing is interesting to think about and deserves keeping an eye on. We’ll let you know as soon as Disney says something about a Galaxy’s Edge FastPass system in either park and give you strategies on that.

Many have been asking me just how great is Galaxy’s Edge? I think that it lived up to the huge hype for the most part and we loved our trip to visit it. Check out our personal review of Galaxy’s Edge and also the complete walkthrough to see every corner of the land.

For more info read our Star Wars: Galaxy’s Edge Ultimate Guide for a detailed look at the attractions, dining, planning, and tips.

Stay tuned here at Ziggy Knows Disney as we’ll be bringing you tons more updates on Star Wars: Galaxy’s Edge and all the details as soon as things come out. 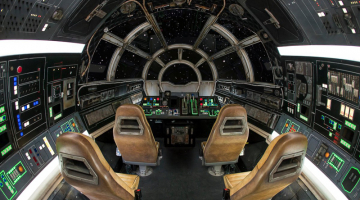 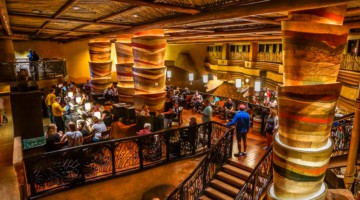 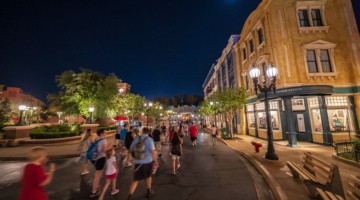