Before we get into FastPass+, make sure to read our Best Rides in Hollywood Studios Guide where we rank each attraction and give you an overview including tips and strategies.

(Updated 2/6/20) Disney has just announced that FastPass+ will be available for Mickey and Mickey’s Runaway Railway in Hollywood Studios immediately starting on opening day, March 4, 2020.

As you know Star Wars: Galaxy’s Edge opened in August 2019, and since the popularity of its two attractions, Disney is revamping the FastPass+ tiers in Hollywood Studios, changing the amount of Tier 1 attractions and which ones combinations of rides will be available.

Not long before the Runaway Railway announcement, Disney announced that starting February 19, 2020, the Millennium Falcon: Smugglers Run ride will now have FastPass+ availability in Hollywood Studios.

With these two new additions, we now have a completely different-looking FastPass+ Tier 1 attraction group and a more well-rounded out FastPass selection in the park.

FastPass+ Tier 2 will now include the rest of the attractions in the park such as: The Twilight Zone Tower of Terror, Rock ‘n’ Roller Coaster, Toy Story Mania!, Alien Swirling Saucers and Star Tour – The Adventures Continue.

Here is what the new FastPass+ tier system will look like in Disney’s Hollywood Studios, and it breaks down something like this:

If you aren’t familiar with how the FastPass+ Tiered system works, it only allows you to book one Tier 1 attraction at a time, theoretically limiting guests from just booking up all the most popular attractions.  You can then book 2 Tier 2 attractions, which in theory are a lot easier to get.

This is a significant change and that means that guests will be forced to choose between Mickey and Minnie’s Runaway Railway, Slinky Dog Dash and Millennium Falcon: Smugglers Run when making FastPass+ reservations. They can’t have one of each or even two of them, but just one.

The addition of so many solid attractions in Tier 2, however, is refreshing to see, considering the awful change last year which had all the popular attractions as Tier 1 and all the stage shows as Tier 2 in an event to manipulate crowds and guest flow. This new lineup is worlds better than that one.

Now that Smugglers Run and Runaway Railway are going to have a FastPass+ option, many of you are wondering what about the other big attraction in Star Wars: Galaxy’s Edge, Star Wars: Rise of the Resistance? When Galaxy’s Edge opened up, there were no FastPass options, and now at least we have Smugglers Run right? Things must be moving in the right direction right? Not so fast…

Star Wars: Rise of the Resistance is still not ready to start offering FastPass+ yet. The first problem is that FastPass lowers an attraction’s maximum ride standby capacity, which means it can’t put through as many people through the standard queue per hour as an attraction that doesn’t use FastPass.

The bigger problem, however, is the fact that Rise of the Resistance is still way too unreliable for FastPass. When an attraction goes down because there is a technical problem, Disney has to give FastPasses to all the guests that were in line and schedule to ride during that time. Since Rise of the Resistance often shuts down multiple times a day, it would be a nightmare trying to keep up.

Imagine how many FastPasses they would have had to give out recently when the ride was delayed from opening for 7 hours!

By using the Virtual Queue, Disney can control when boarding groups enter, and when a line needs to get dumped, there are a minimum number of guests that they will need to give return passes to. They can just delay the calling of the next group and most visitors will won’t be aware of anything.

This is obviously the right choice right now and as much as we don’t want to wake up early to get a boarding pass, it’s the only way until some of the technical issues can get fixed.

For that reason, we don’t expect Rise of the Resistance to get FastPass+ for at least until after the Summer. We think the crowds will be too big in Spring and Summer and maybe in the slower period, we might get it then.

Then there’s the case of Mickey and Minnie’s Runaway Railway, which is opening up in Hollywood Studios on March 4, 2020. We didn’t think we were going to be getting FastPass+ for this ride right away since we were already well into the 60-day window from opening day, but Disney is always full of surprises.

This confirms that Mickey and Minnie’s Runaway Railway will not be using the Virtual Queue though, and it will get a normal standby queue.

The reason for this is that it will take away some of the people away from Rise of the Resistance and bring them over to the even newer ride. This is smart on Disney’s side.

Even though you have 2 hours to redeem your Rise of the Resistance boarding pass, you might not want to get into line for Mickey and Minnie’s Runaway Railway if you are close to your boarding group getting called and run the risk of missing out on your turn. People then will be forced to ride some of the less popular attractions or see some of the shows, helping crowds in the more popular ones.

With this change of adding Mickey and Minnie’s Runaway Railway and Millennium Falcon: Smugglers Run to the Hollywood Studios FastPass+ Tiers, our strategy now completely changes.

Before we get into it, make sure to read our 1 and 2-Day Hollywood Studios Touring Plans Guide which will help you plan every step of your day including the attractions, shows, dining and more.

When Smugglers Run was announced we were saying to stick with Slinky Dog Dash as your first Tier 1 choice, but the Runaway Railway news changes everything. Due to its projected high popularity and long waits, we think that Mickey and Minnie’s Runaway Railway should be your #1 choice for FastPass+ Tier 1 in Hollywood Studios.

Slinky Dog Dash and Millennium Falcon: Smugglers Run are nice consolation prizes but Runaway Railway is the one you want at this moment, at least until some of the hype fades.

The good news is that there will be many more FastPasses available now for the other two Tier 1s, and plenty of good Tier 2s, so almost everyone will at least be able to get something half-way decent when visiting the Studios.

In fact, if you had been trying to book Slinky Dog Dash or Smugglers Run for your upcoming trip and haven’t been able to find any reservations, keep try. With the Runaway Railway reservations now available, a lot of people are going to be dropping their former reservations for the other two Tier 1 rides. Scoop in and claim those while you can!

Also if you can’t find any FastPasses for Runaway Railway, don’t get discouraged right away. Keep trying every day as many people change their plans and when something big like this happens you have to keep trying. Often Disney releases FastPasses in batches, so you might just find a bunch more available another day if you keep looking.

With this change to the tiers and if you get a Runaway Railway FastPass+, you now can now choose to rope drop either Smugglers Run or Slinky Dog Dash. Either of these is doable because we are assuming you will be there early anyway to do Rise of the Resistance.

Most likely you won’t be getting one of the very first boarding groups for Rise of the Resistance, so you can use that time while you are waiting to head right to Smugglers Run or Slinky Dog. Which is better?

We have noticed a lot of guests going to Smugglers Run, and if you don’t have time to wait for our next suggestion, that’s a valid option.

The better option in our opinion though would be to do Smugglers Run late at night, near park closing time. That’s typically when the line is the lowest for this ride, sometimes being a walk-on if you hit it right.

Assuming you are able to get a Mickey and Minnie’s Runaway Railway FastPass+ and doing Smugglers Run later in the day means that Slinky Dog Dash goes back to being your top priority at rope drop.

You can read our Hollywood Studios Rope Drop Strategy Guide for more details on the whole procedure, how to do it and what time you need to be there. (we are currently updating that article so keep checking back for more).

As for the Tier 2 rides in Hollywood Studios, we tend to go for two of Tower of Terror, Rock ‘n’ Roller Coaster or Toy Story Mania! If there is one that you aren’t interested in, then leave it out and get the other two.

If you want to ride all three during your visit to Hollywood Studios, then we’d probably lean towards booking Tower of Terror and Rock ‘n’ Roller Coaster as Toy Story Mania! tends to have slightly lower average wait times. It’s a roll of the dice though, and it isn’t a huge deal.

The thing we would NOT recommend you doing is using one of the Tier 2 FastPass+ selections for any of the stage shows, or any other attraction outside the 3 we mentioned above. Wait times for the others are usually plenty low enough, and it would be a waste to use those selections on them.

Therefore, in an ideal world your Hollywood Studios FastPass+ selections would look something like this:

If you can’t get Runaway Railway, make sure to get one of Smugglers Run or Slinky Dog Dash.

We think you will save the most time by making those choices. Of course, if they are all sold out for the dates you are going, then, by all means, make other selections, you can always change them out if one of the good rides becomes available later on.

Who knows what other changes Disney will make once Mickey and Minnie’s Runaway Railways opens up, so stay tuned for any new updates as we’ll keep you posted when we hear something!

In the meantime, make sure to keep up with all the changes to the Hollywood Studios Park Hours in our post where we explain the new updates and what time you can expect it to open each day. 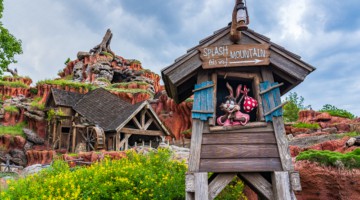 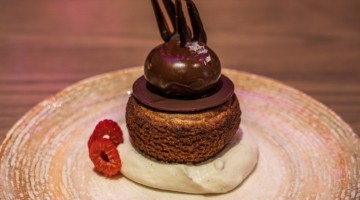 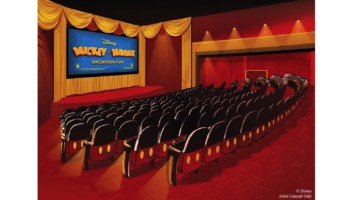