Hollywood Studios Parking Lot Construction Update May 2018.  This expansion is needed because with the additions of Toy Story Land this year and Star Wars: Galaxy’s Edge in 2019, Hollywood Studios is going to go from the least visited park in Walt Disney World to at least #2.  That said to fit all these people that want to ride the Millennium Falcon attraction some major upgrades are being done to the Hollywood Studios parking lot, including additional spaces and a new access.

Lots has changed since our last update where we saw the progress on the new entrance/exit ramps off Osceola Parkway and Victoria Way leading to the Hollywood Studios parking lot.As always we have some great aerial photos from up high above Walt Disney World by @Bioreconstruct on Twitter so let’s take a look at the progress. 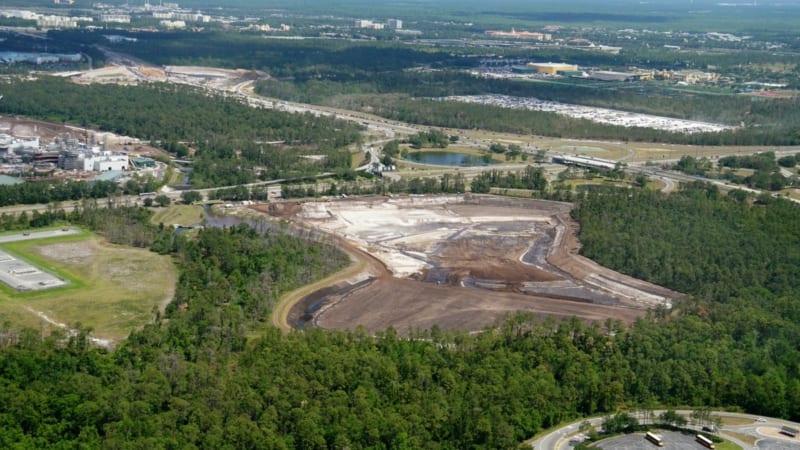 The belts that were in place to move the dirt to the parking lot are now gone: 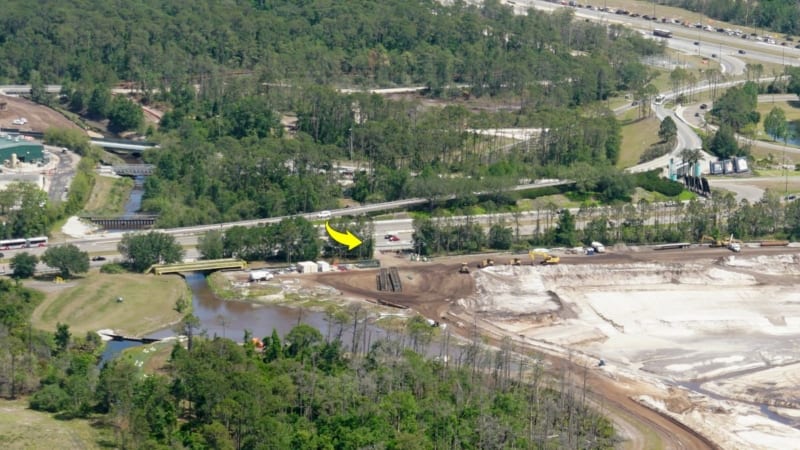 Towards the front entrance to Hollywood Studios and near the Disney Skyliner station we can see the new Bus Loop under construction: 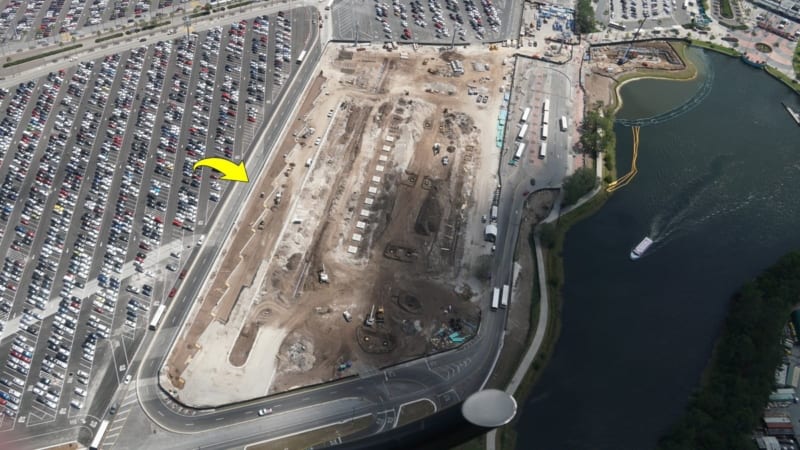 A new exit from guest parking lot is under construction and leading out of Disney’s Hollywood Studios and onto the new Osceola Pwy interchange: 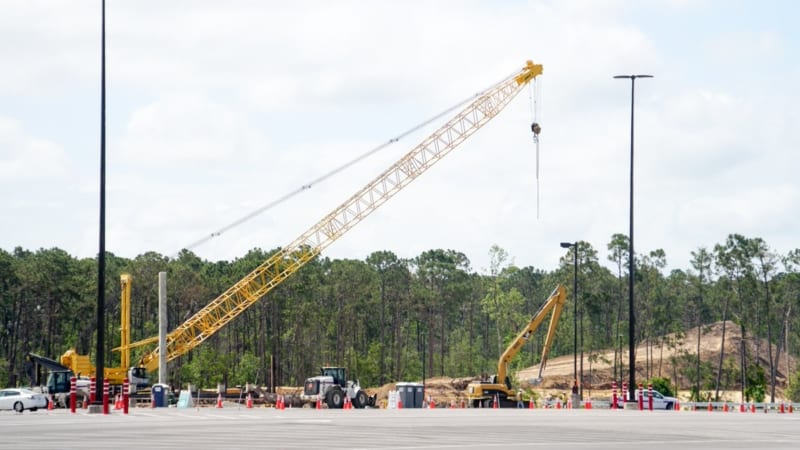 Here is an aerial view of the new parking lot entrance. Cars will cross the bridge after going through the toll plaza on the right:

Here you can see the brand new section of parking lot that’s been newly paved.  It’s a very big section and adds about another third to the existing parking lot: 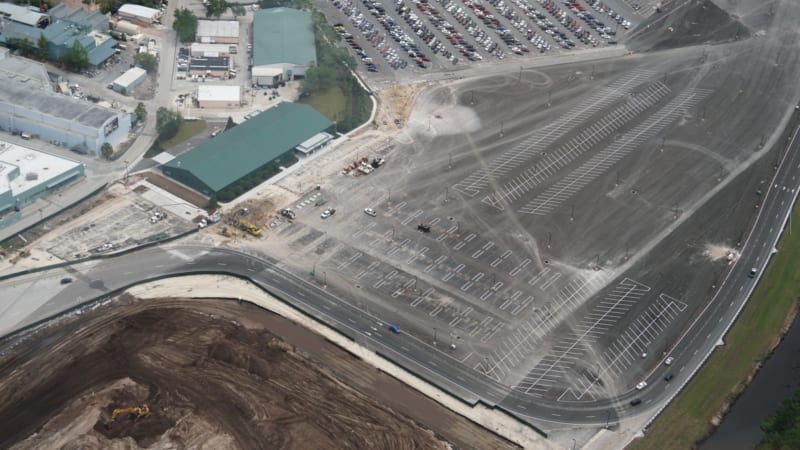 Here you can see the section where tons of dirt has been moved into behind Galaxy’s Edge and next to the paved section.  It’s unknown what exactly is going there whether it will another part of the parking for Hollywood Studios or if it will be connected to the Star Wars Hotel construction that’s also going on next to here: 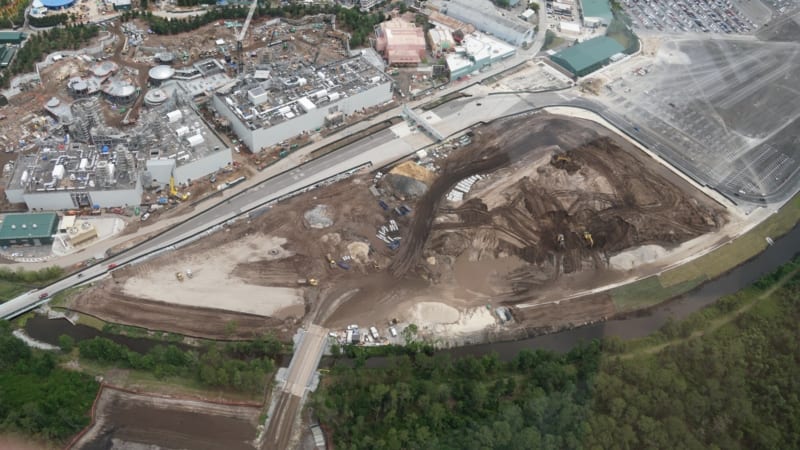 As you can see this new parking expansion will help in a big way once completed and leaving space for guests flocking to the studios in the next few years, let’s just hope it’s enough!!

I want to know what you think about this latest Hollywood Studios Construction update for May 2018.