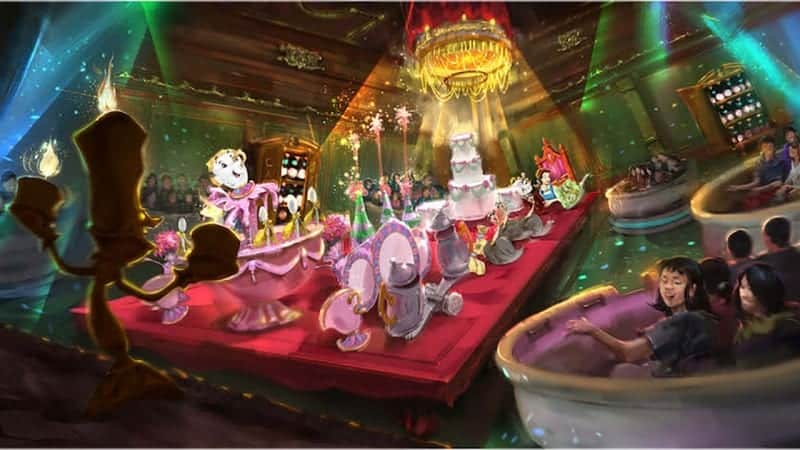 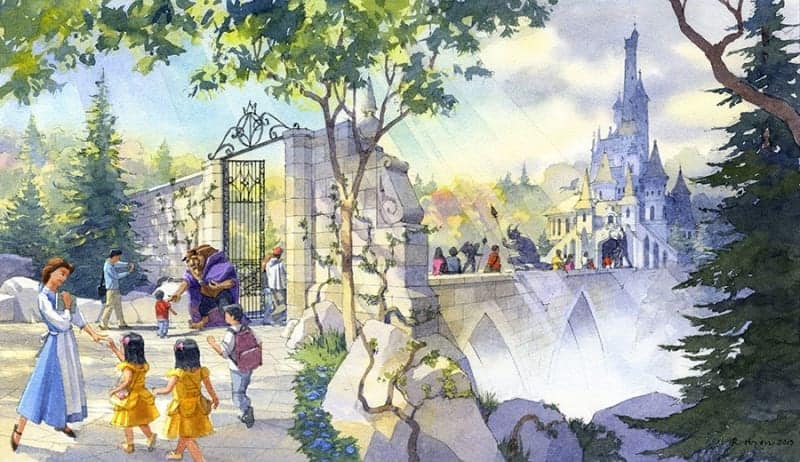 Because Beauty and the Beast is still such a popular movie in Japan, it was only right to make the world’s first attraction based on that classic Disney film and from what we can see so far it’s not going to disappoint!  Guests will take a ride through the Beast’s Castle where they will join all their favorite friends from the films in a celebration and musical adventure, and they will   Tokyo Disneyland does dark rides better than any other park in the world and this might top them all! 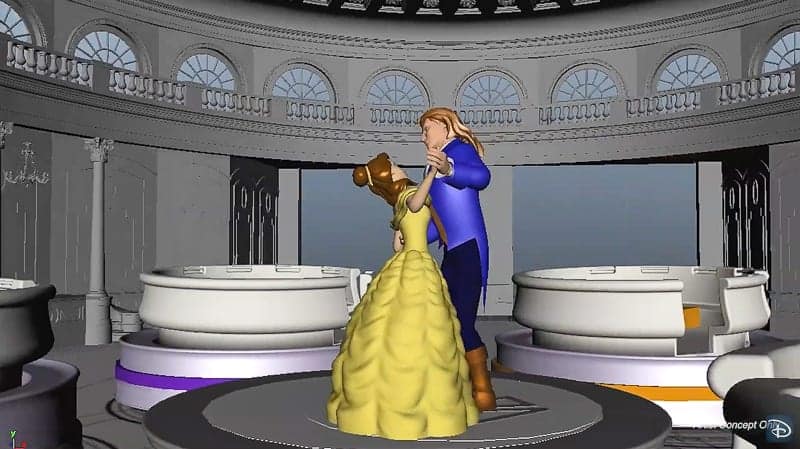 Walt Disney Imagineering and Walt Disney Animation worked together in making these audio-animatronic figures come to life like you’ve never seen!  Just looking at the fluid movements they can make is truly remarkable and adds even more to the overall realism of the attraction. 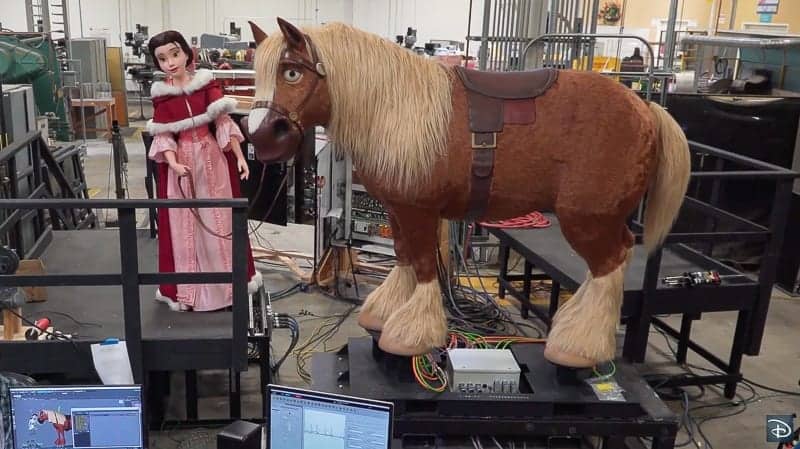 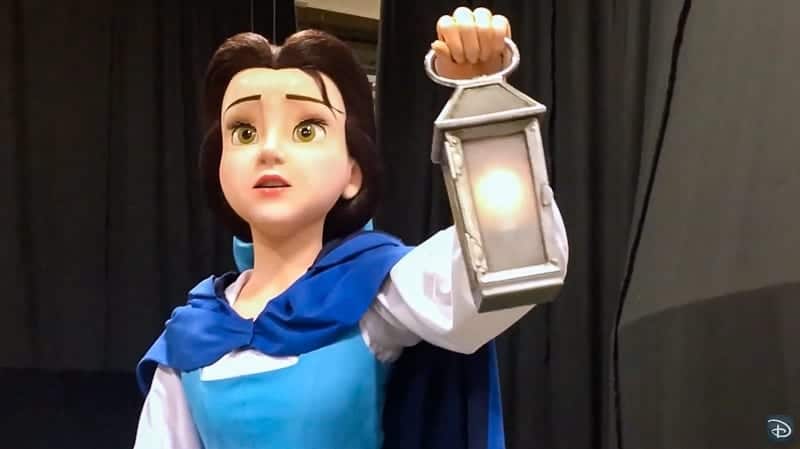 We also got a look at the ride-vehicles which are versions of Mrs. Potts’ tea cups in which you swoop around the castle from one room to the next.  They hold 10 people each and add to the overall story due to the unique movements they can perform which makes guests feel like they are dancing with the characters in the attraction. 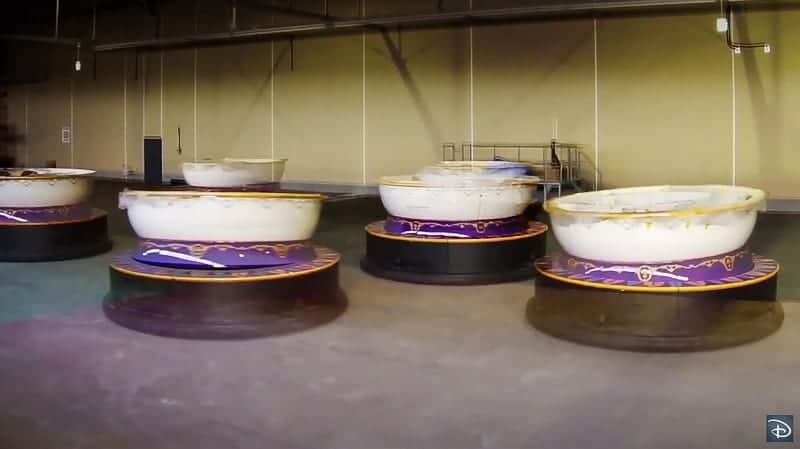 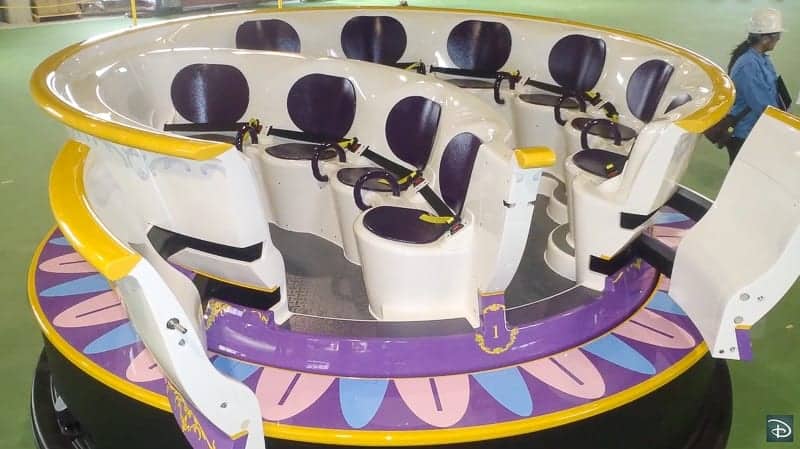 Here is a video courtesy of Disney Imagineering showing these amazing Beauty and the Beast animatronic figures:

Included in the Beauty and the Beast Land expansion is a new restaurant themed to Gaston (Le Tavern de Gaston) and of course many merchandise and shopping options.  Gaston’s on the outside looks almost identical on the Magic Kingdom version, but it will have a totally different menu: 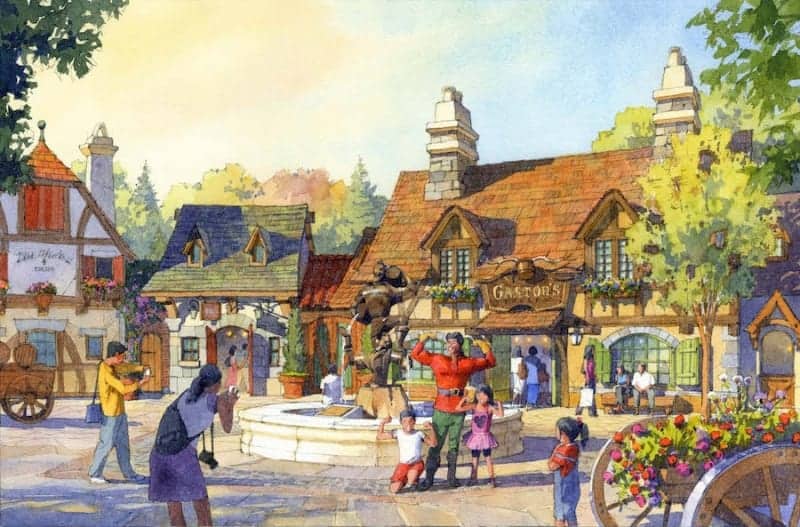 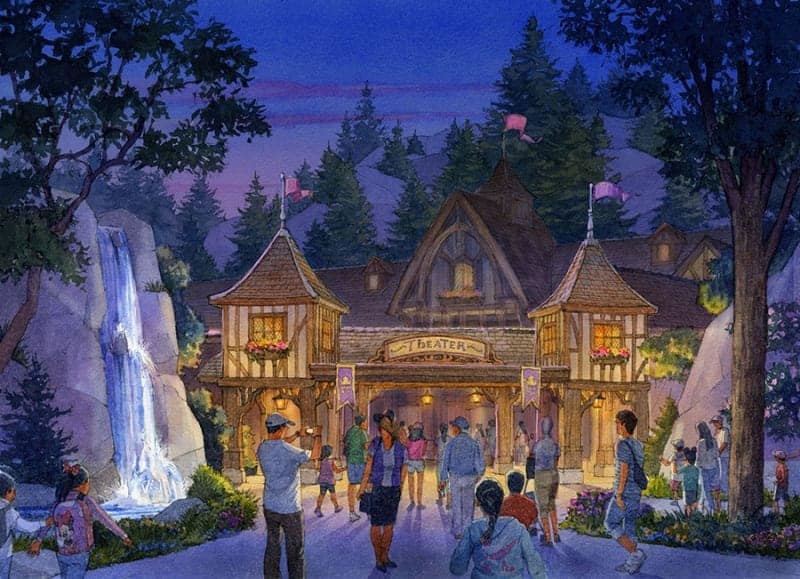 A Beauty and the Beast Land isn’t the only new thing opening in Tokyo Disneyland in 2020 though, there is also a Baymax attraction coming to Tomorrowland which looks like a clone of Alien Swirling Saucers in the newly opened Toy Story Land in Walt Disney World.  Same ride system just different colored cars and paint: 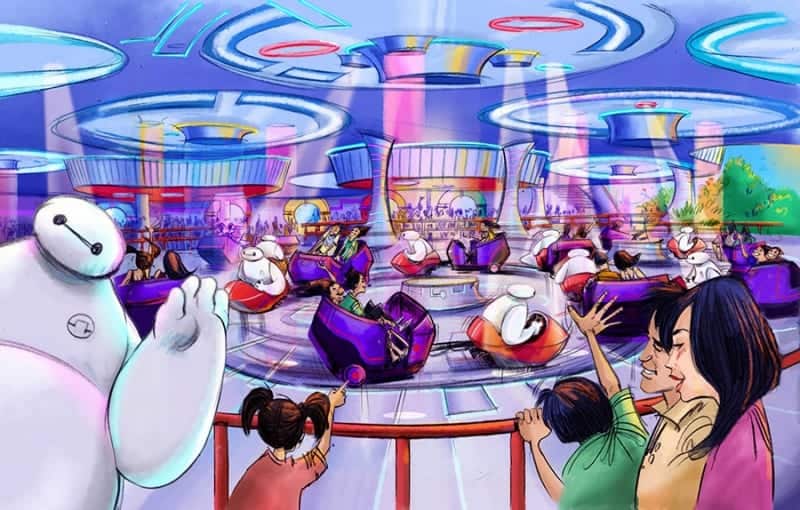 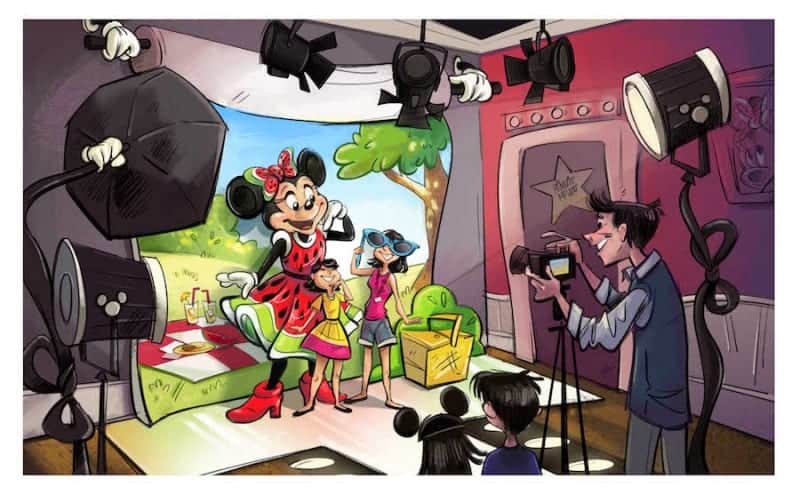 The expansion to Tokyo Disneyland will cost approximately $670 million dollars and will be open in 2020, while an even bigger expansion in Tokyo DisneySea will add 4 new attractions based on Peter Pan, Tangled and Frozen!