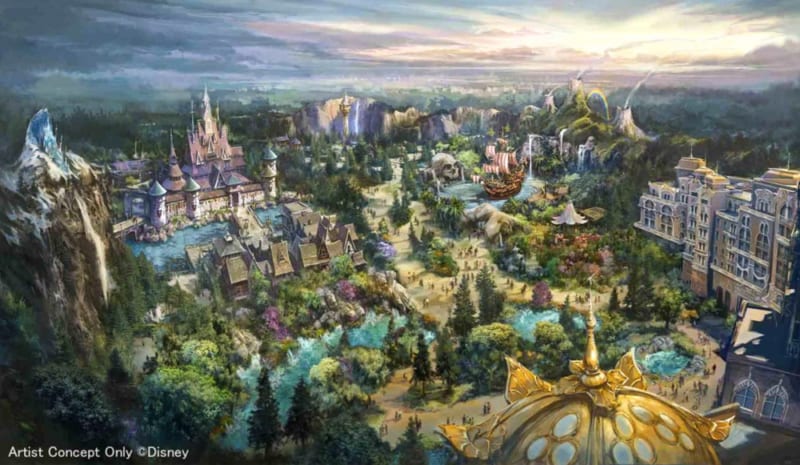 The best theme park in the world is about to get even better.  We’ve known for a while that the Tokyo Disneyland Resort would be having a major expansion in the next few years and now some of the details are much clearer about what exactly is coming.

An agreement has been reached between Disney and the Oriental Land Company for 3 New Lands coming for the Tokyo DisneySea expansion project.  Those themed lands are going to be Frozen, Tangled and Peter Pan with 4 new attractions and 3 restaurants.  Not only that but a new hotel is going to be part of the 250 Billion Yen ($2.2 Billion) expansion too.

These three lands will all belong to Tokyo DisneySea’s 8th port which will be based on the world of Disney fantasy stories.  The new area for the port and hotel is going to be about 140,000 m2 and built on part of the current Guest parking area adjacent to Tokyo Disneyland and Tokyo DisneySea.

The name of this new Tokyo DisneySea expansion is “Fantasy Springs.”

Along with the expansion it was also announced today that The Walt Disney Company and Oriental Land Company’s contract, which currently runs until 2046, will be extended all the way out to 2076.  No risk in breaking this partnership anytime soon.

Here is a shot of where the new port is going to be located: 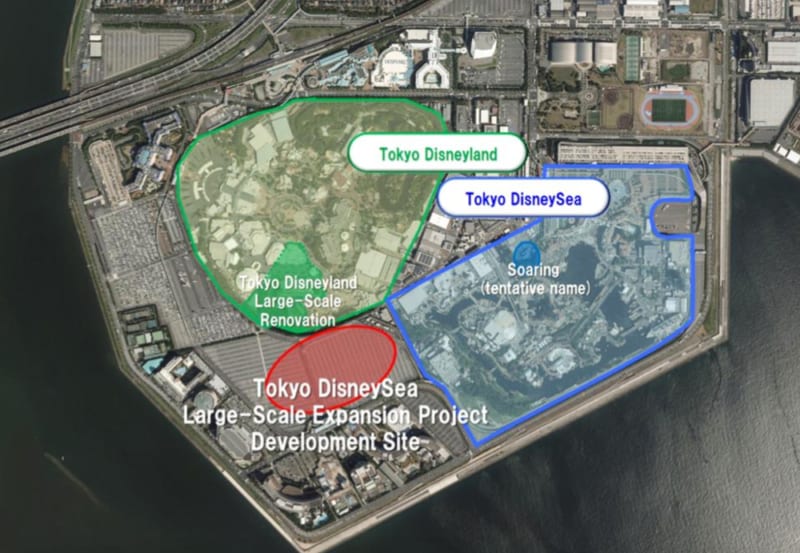 From previous history of well-themed lands at the Tokyo Disneyland Resort and specifically Tokyo DisneySea this is going to be fully immersive and totally incredible.

Let’s take a look at the three themed areas: 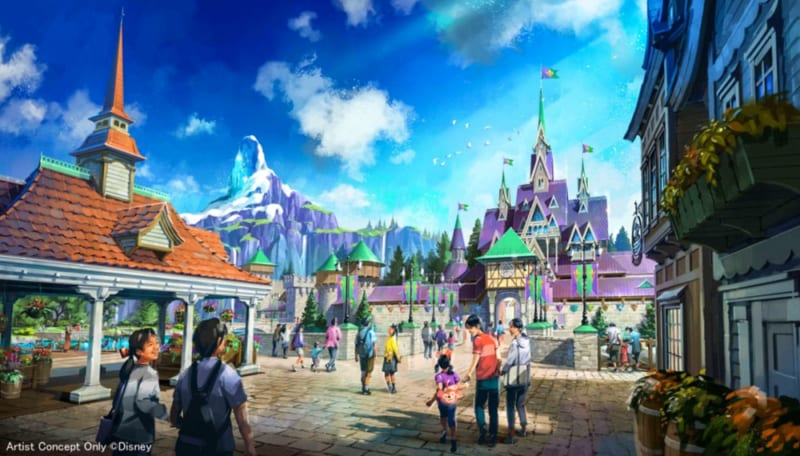 This area is set in Arendelle after the events in Frozen when Queen Elsa has embraced her magical power to control snow and ice.  She has opened her gates so guests can now come in and enjoy the kingdom.

The attraction here will probably be a slow boat ride like Frozen Ever After.

The new restaurant will be inside Arendelle Castle at the foot of beautiful, snow-capped mountains.  So something heavily themed probably similar to Be Our Guest. 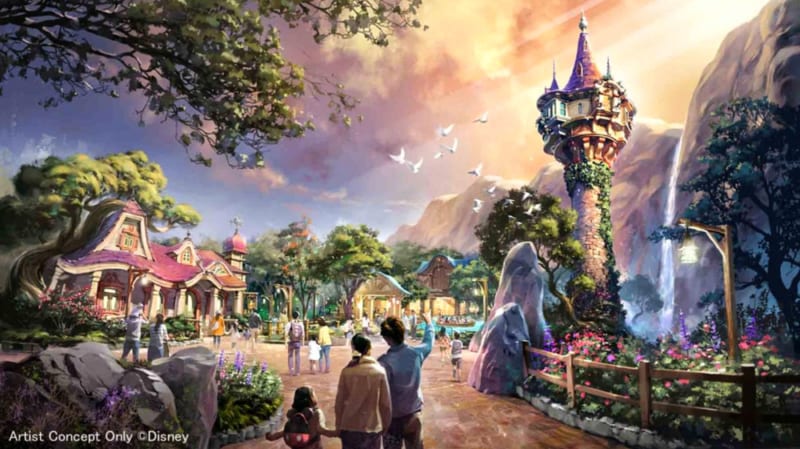 The first thing of note here is Rapunzel’s tower rising above the land.  The attraction will be a gondola ride where guests follow a romantic boat tour of Rapunzel’s “best day ever” as she goes with Flynn to the lantern festival.

This will be another dark ride and with the lanterns it’s probably going to be amazingly beautiful.  It also has what’s described as an unforgettable finale! 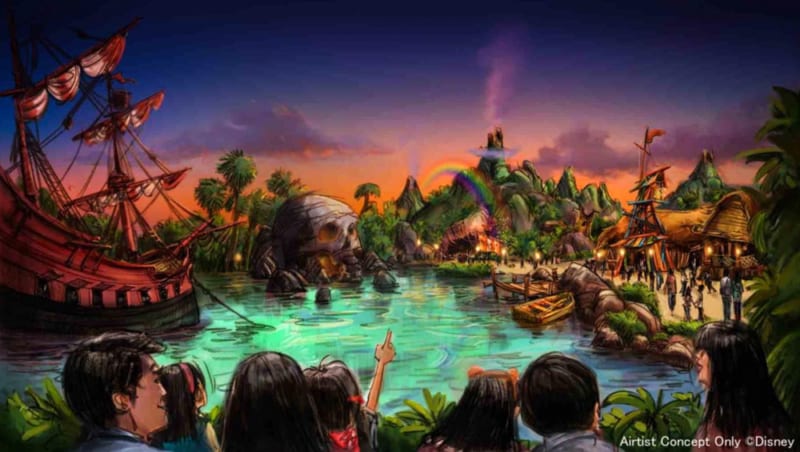 As amazing as those first two sound, I’m most excited for the Peter Pan themed area.

The first attraction has guests flying over the jungles of Never Land into a battle with Captain Hook and his crew of pirates.  On the attraction you join Peter Pan in a rescue mission to retrieve Wendy’s younger brother John who has been kidnapped by Captain Hook of course.

Not much is described about the second attraction just that it immerses guest in the oversized world of Pixie Hollow where Tinker Bell and her fairy friends live and work. 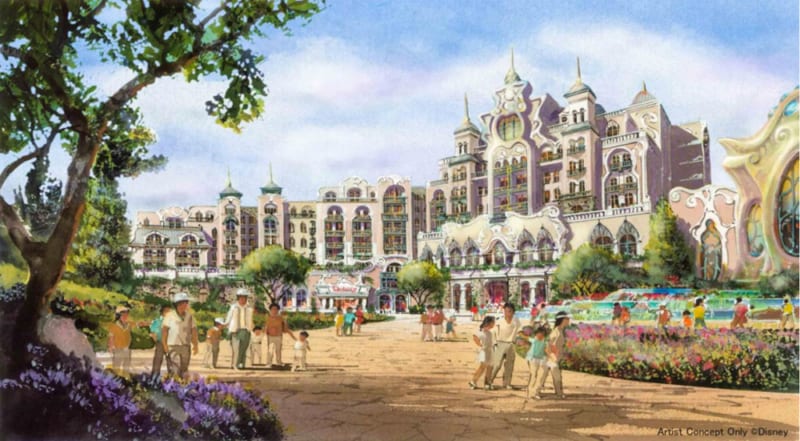 The Disney hotel will offer 475 deluxe-type and luxury-type guest rooms, with the latter providing the finest accommodations in Tokyo Disney Resort. A merchandise shop thathelps share the story of the magical springs will be found on the hotel’s first floor, facing the Park.

This new expansion of Tokyo DisneySea is expected to be completed by 2022.  It also is going to extend Disney’s deal with the Oriental Land Co. from 2046 to 2076.