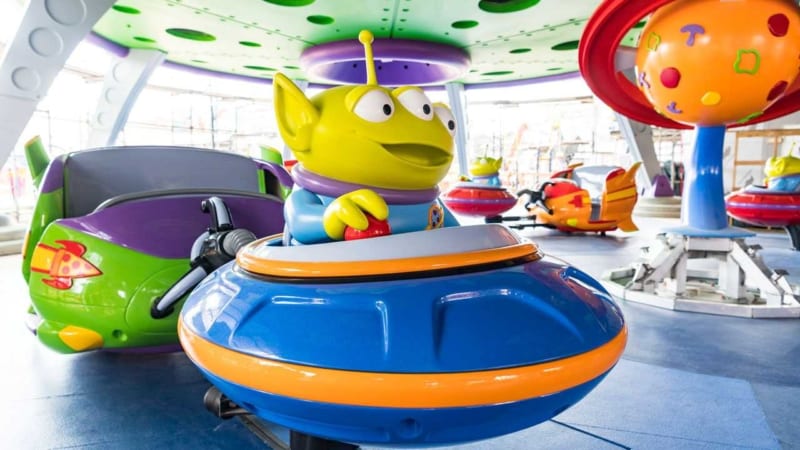 Alien Swirling Saucers is designed to look like the toy from Pizza Planet in the Toy Story films, and it’s situated inside Andy’s Backyard next to Buzz Lightyear’s Sat Command playset.  Of course one of the most famous lines from the Toy Story films is when the little green aliens looking up and the see: “The Claw…” appear.  Now guests visiting Toy Story Land will have a chance to relive that moment when riding Alien Swirling Saucers. 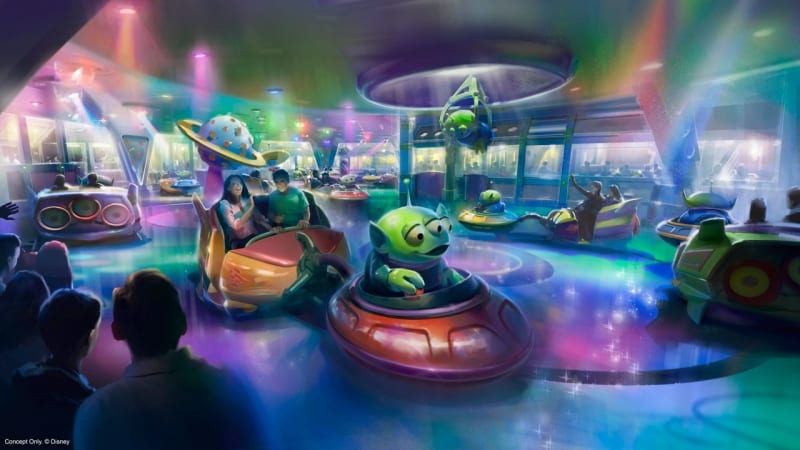 Planets and space stations are all part of the attraction and it also features a fun/futuristic soundtrack like you’ve never heard before.

Be sure to tune in for all the new Toy Story Land coverage today, I’ll be updating the pages with links to all the new information so keep checking back for more!

I want to know what you think about the first look Inside Alien Swirling Saucers in Toy Story Land.