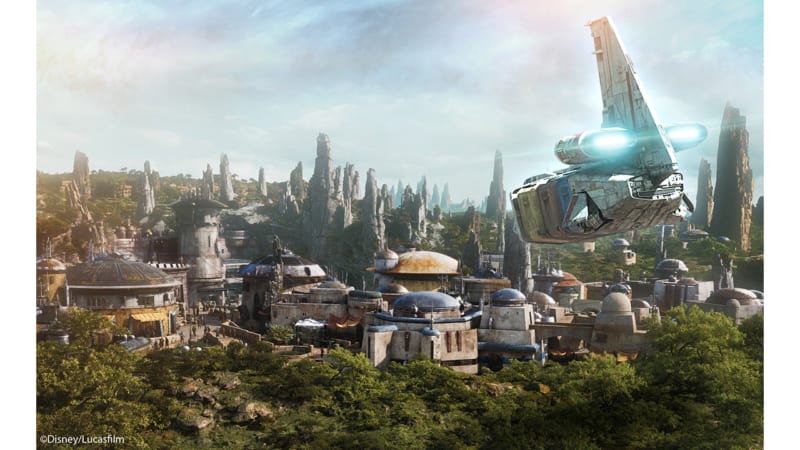 Think you were going to visit Star Wars Galaxy’s Edge for the first time in 2019?  Think again.  This morning the new Star Tours – The Adventures Continue opened up in Disney’s Hollywood Studios and Disneyland.  When guests went on, they discovered that Batuu is the official name of Star Wars Galaxy’s Edge, the remote planet in the outer rim.

As we already knew, Batuu was going to be a home to smugglers and other riff raft trying to stay out of view from the First Order, and of course it will be full of characters from the films we know and love.  I don’t if there’s much to say about the name choice itself, Batuu.  It’s pretty much like every other Star Wars planet, and I think it fits well.  At least now it’s nice to finally have an official name to be able to call it!

We also got a look at the Star Wars Galaxy’s Edge Blueprints today, revealing the exact locations of the attractions, restaurants and shops.

I want to know what you think about Batuu being the Official Name of Star Wars Galaxy’s Edge.  Do you like it?  Let us know in the comments section below!