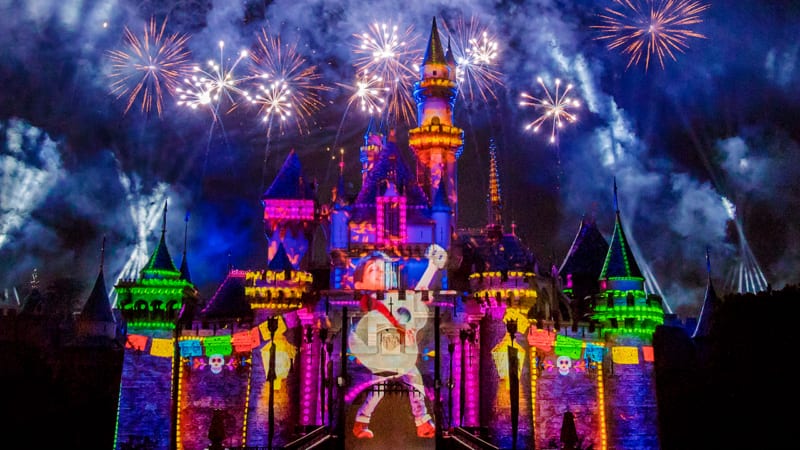 If you follow the blog you know that every once and a while, Disney does a live streaming event from the Disney parks.  Tonight Tuesday, May 15, they’re doing a Disney Parks Live Streaming Event of ‘Together Forever – A Pixar Nighttime Spectacular’ from Disneyland Park.  This new show is part of the ongoing Pixar Fest which started in April and continuing through September 3rd, 2018.

If you haven’t seen the new show yet, it’s amazing.  It features all your favorite Pixar characters as they are projected onto Sleeping Beauty Castle in Disneyland Park, as music from the films fills the air.  It’s done in a similar way as Happily Ever After in Disney’s Magic Kingdom in that fireworks are also exploding while the projections are displayed on the castle.  My favorite part though is when Carl’s house from UP! takes to the sky, flying over the castle!   Truly awesome!

UPDATE: If you missed the Live Stream of “Together Forever – A Pixar Nighttime Spectacular” you can watch the replay here:

Don’t forget that Pixar Pier is also opening up in June, and Disney also announced a new hard-ticketed Pixar Pier Premiere Event letting you get into the new land before the public.

Make sure to tune in tonight to the Disney Parks Blog at 9:25 PST to watch the Live Stream of ‘Together Forever – A Pixar Nighttime Spectacular,’ and then tell me what you think of the show!

I want to know what you think about the Live Streaming Event of ‘Together Forever – A Pixar Nighttime Spectacular’.