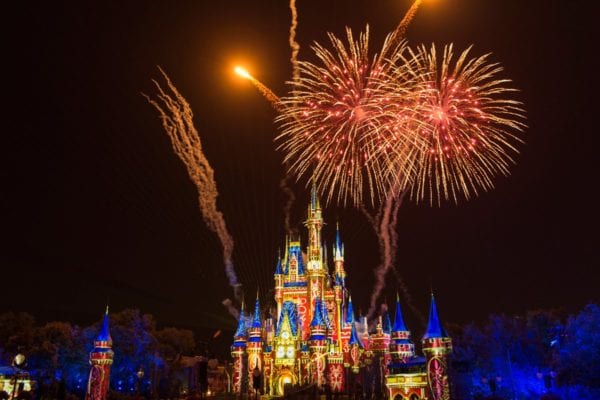 After months and months of eager anticipation, this weekend we finally got a chance to see the new Magic Kingdom Fireworks Show “Happily Ever After.”  I couldn’t be more happy with the show, it turned out to be everything I could have imagined and more.  Really I was speechless basically from the opening scene until the last.  I didn’t want to be a prisoner of the moment so I waited a couple of days till the initial impact of the show settled down before doing a Happily Ever After fireworks review.

After the first night I went back online and watched the Disney broadcast multiple times writing down notes about different things I noticed and scenes I liked.   So here are some of my thoughts on this unbelievable new nighttime spectacular, which is the Best Show so far in the history of Walt Disney World, I’m not kidding.

Now this might make a few people angry which is ok, but Happily Ever After is vastly superior to Wishes and it’s not even close imo.  I was able to see the last Wishes performance and watched it again online back to back before Happily Ever After and the difference in quality is laughable.  Now don’t get me wrong, I love Wishes, I really do.  I love the narrative, Jiminy Cricket, and the incredible music (When you wish upon a star is one of my all-time favorite).  But if you took a bunch of people off the street that have never seen either and you showed them both shows, I have a hard time believing very many would choose Wishes.  Not that it’s a bad show, but compared with what Disney has now shown it can do, it’s dated.  We love it for nostalgia reasons and it will always have a place in our hearts, but moving forward is a good thing, the very foundation of what Walt Disney World is built upon. 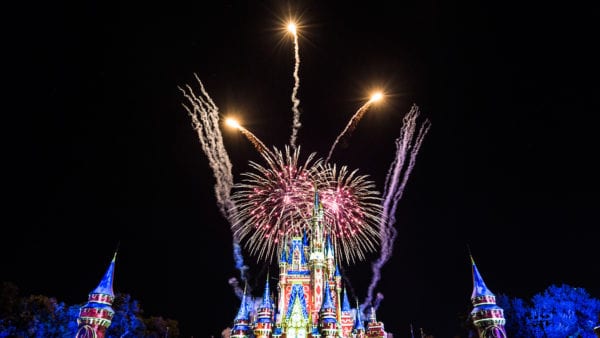 Here are some Happily Ever After thoughts:

Viewing Tip: As for Viewing locations, I saw it from straight ahead which is going to be your best viewpoint imo, you want to be able to see the projections on the castle.  At the same time don’t get too close because you will miss the full-picture Happily Ever After gives when you can also see all the fireworks and action behind.  Towards the back of the hub close to Main Street will be the best imo.  I’ll have to explore other viewing angles to see where else is good.

One of the biggest negatives I can think of is the fact that now long-distance viewing points (California Grill, Grand Floridian and Polynesian spots) won’t be nearly as nice as viewing the show from inside the Magic Kingdom.  Of course that doesn’t mean Wishes was better from a distance, it’s only that the castle didn’t do anything during wishes so you didn’t need to be close.  Now the castle is a huge part of the show so being closer will be much better.  In the future when I get a chance I’ll let you know how the locations are outside the Magic Kingdom.

Overall Happily Ever After is a smashing success imo.  I had a huge smile on my face the entire show and me and my wife continued to look at each other in amazement of what we were seeing.  Nostalgia is still fresh with the show still being brand new, but I anticipate that Happily Ever After will become incredibly popular and in a few years time very few will be wanting Wishes instead.  Disney had success recently with nighttime spectaculars, Star Wars: A Galactic Spectacular, Rivers of Light and in an even bigger way now Happily Ever After.  Walt Disney World is the premiere Disney resort in the world and deserves a show like HEA that wows the guests, and this is the best show WDW has ever seen!

What do you think?

I want to know what you think about my Happily Ever After fireworks review.  Did you like Happily Ever After?  What is your favorite part of the show?  Where does it rank all-time for nighttime spectaculars?  Let us know in the comments section below!