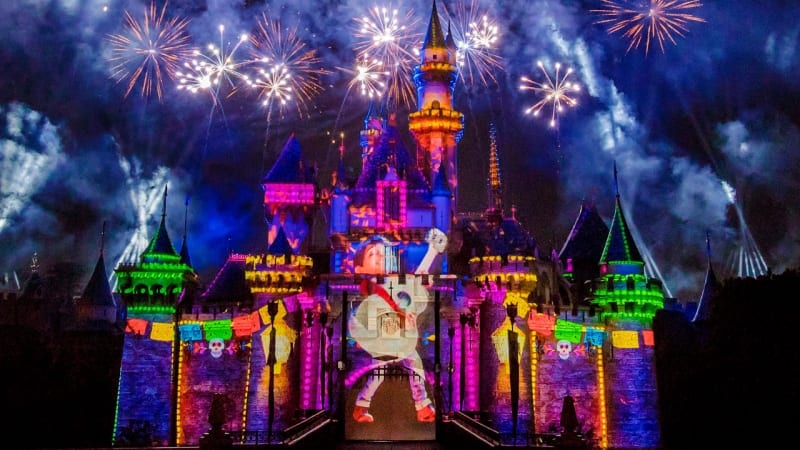 UPDATED 3/13/18: Disney has just confirmed what we thought was happening after last week’s newest commercial for Disneyland and there’s going to be a really cool surprise during the newest fireworks show.  Carl and his House from UP are flying over Sleeping Beauty Castle for the newest Disneyland Fireworks Show: Together Forever – A Nighttime Spectacular.  But not just Carl, this nighttime spectacular will even feature Buzz Lightyear too! 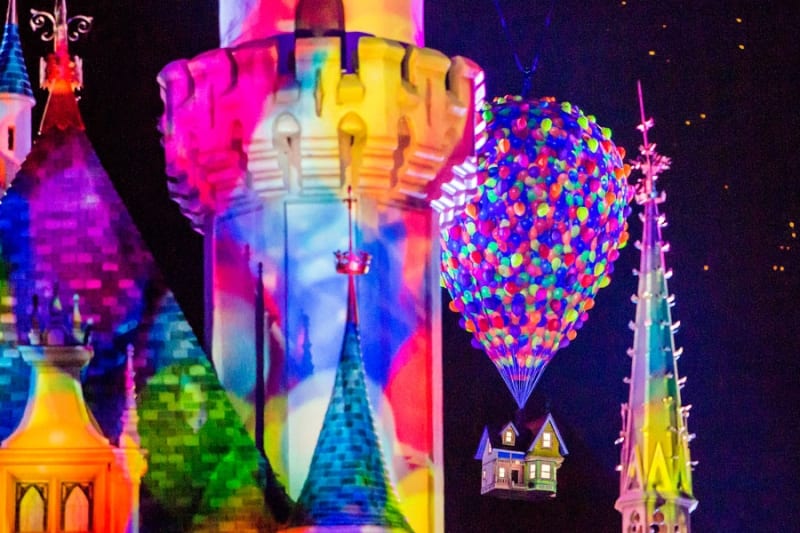 Sleeping Beauty Castle won’t be the only location for the projections of the “Together Forever – A Nighttime Spectacular” show though.  Also the water screens of the Rivers of America, the façade of “it’s a small world” and the buildings of Main Street, U.S.A. will all participate.

We know that Pixar Fest is coming to the Disneyland Resort on April 13, 2018, and will be taking over the whole Summer.  With it Paint the Night is moving to Disney California Adventure and the Pixar Play Parade and Together Forever – A Nighttime Spectacular (fireworks show) are both coming to Disneyland Park.  And when you watch the latest commercial from Disney of the fireworks show, it looks like Carl’s House is flying over Sleeping Beauty Castle.

Check out the video here:

As you know in Disney’s Magic Kingdom Tinker Bell flies over the Cinderella Castle, and Disney has announced that Buzz Lightyear would be filling that Tinker Bell role so to speak in Together Forever fireworks show, and it’s so cool that Carl will be joining them in the ritual.

Fans are going crazy about the idea and users on social media like had also confirmed it’s happening before Disney said anything.  Even before the commercial was released for example,  @DLthings on Twitter wrote: “Buzz isn’t the only character that will fly above the castle….”

Since the new show uses state of the art projection mapping systems, maybe it’s possible to project the image of his house somehow above the castle instead of actual balloons or something.

We recently got a behind the scenes video update about the Together Forever Fireworks Show and it looks incredible.  We only have a few more weeks to wait and find out.  We’ll keep you updated.

I want to know what you think about Carl’s House flying over the Disneyland Fireworks.  Would you like to see this in the new show?  Let us know in the comments section below!