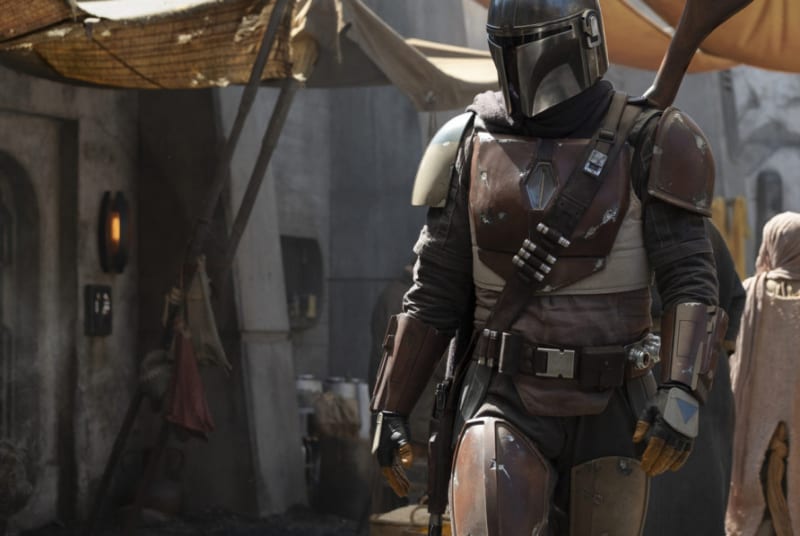 We’ve known for a while now that Jon Favreau has been working on a highly anticipated new Star Wars live action series.  Now we finally know that series is going to be called ‘The Mandalorians’ and we have a first look at it as filming has just begun on the series.

This is the description from Favreau himself: “After the stories of Jango and Boba Fett, another warrior emerges in the Star Wars universe. The Mandalorian is set after the fall of the Empire and before the emergence of the First Order. We follow the travails of a lone gunfighter in the outer reaches of the galaxy far from the authority of the New Republic.”

Even though Disney has been slowing down in the Star Wars cinematic universe with executives acknowledging the market may be getting a bit too saturated with the beloved franchise, they are doubling down in the TV market and plan to make The Mandalorian one of the Crown Jewels of the Disney Streaming Service which is set to launch in 2019.

Disney has said it’s budget for The Manalorian will be roughly $100 million per season, putting it on par with HBO heavyweight Game of Thrones.  Disney has to make a big splash if it wants to make a dent in the streaming market and The Mandalorian is the first step in doing that.  They also announced there will be new Marvel series coming to the Disney Streaming Service, including series based on some of the Avengers’ characters like Loki and Scarlet Witch, even using the original actors from the Marvel Cinematic Universe to fill the roles.

Since the story of The Mandalorians takes place between Return of the Jedi and The Force Awakens, there is a huge gap of time to explore, with lots of characters we haven’t seen on the big screen.  I’m also happy this story will be away from the Skywalker family saga, and focus on new characters not connected, much like Rogue One.  And since Star Wars fans aren’t getting a Boba Fett movie any time soon, it only seems right to be able to delve deeper into his people, The Mandalorians, and discover some of their secrets.

No date has been given yet for The Mandalorian, but seeing as filming has already begun, I think we’re looking at a Fall 2019 release as Disney wants this to be one of the main draws to the streaming service when it launches or shortly thereafter.  Stay tuned for more info…

And just in case you haven’t had enough Star Wars news, recently we learned more details about the Millennium Falcon attraction coming to Star Wars Galaxy’s Edge and what the missions and ride experience will be like there so don’t forget to check that out too!

Be sure to check our complete list of Every Disney Movie coming in 2019 for more great films hitting this year, especially at the box office.  And when Disney gives us more info on the movies coming to Disney+ I’ll list the ones coming out in 2019 there too!

I want to know what you think about the new details about The Mandalorian….