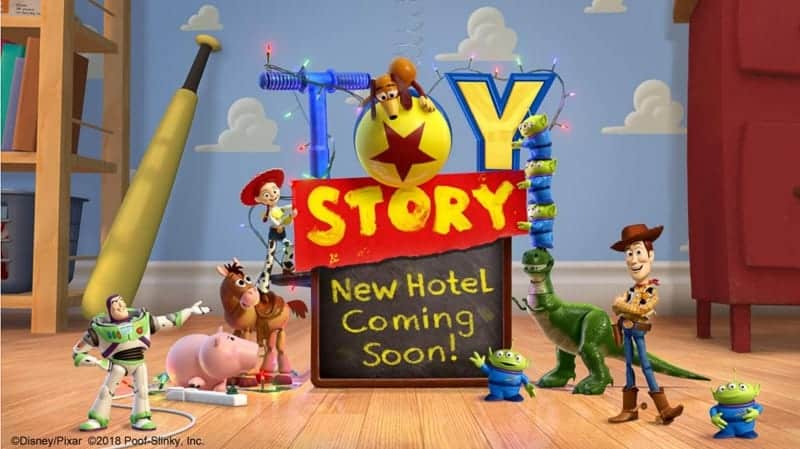 Great news for Disney fans who travel to Tokyo, the Oriental Land Company announced a new Toy Story Hotel is coming to the Tokyo Disneyland Resort by 2021.  If you’ve been to Tokyo Disneyland before then you know that it has some upscale hotel options, however the Toy Story hotel promises to be a “family friendly, affordable Disney hotel.”

The Oriental Land Company had this to say about the Toy Story Hotel in their press release:

“Andy, the little boy who loves his toys – Woody, Buzz Lightyear and the rest – has embarked on the ultimate backyard project: a building to house all his toys. When Andy is called away by his mom, his toys and their helpers take over the “toy” tower and open it as a hotel for all the “honorary” toys of the world.”