Coming this Winter 2019, Jaléo plans on taking Disney Springs by storm with its authentic Spanish cuisine and its unique flare.  Today Disney just released new concept art for Jaléo and we can see that this is going to be another must-visit restaurant in Disney Springs (as if there weren’t already a ton of them!). 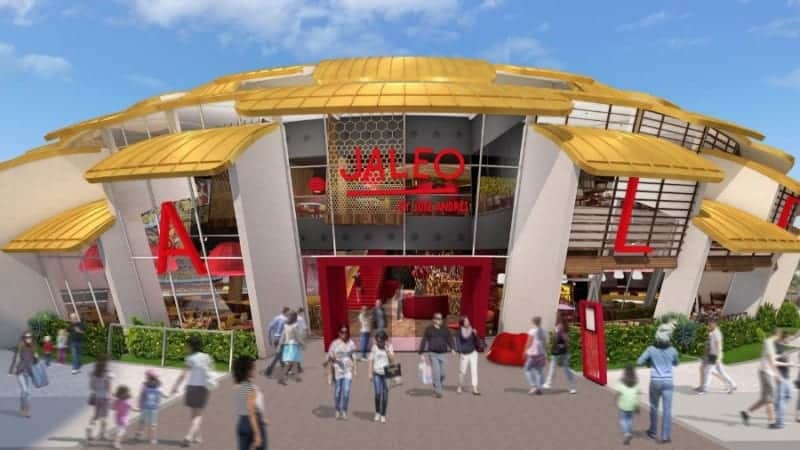 Before we even get to the menu, I really love the look of the new concept art.  The building is such a unique shape and is very eye-catching from the outside.  Those gold and reds all over the building really attract attention and make you want to go in and explore.

In-the building itself is a freestanding two-story building with a design that was strongly influenced by the artichoke – a vegetable native to Andrés’ homeland, and looking at it closer I can start to see the resemblance.  If you think about the way an artichoke “opens” up, that’s the same idea they were trying to convey here too.

The building for Jaléo will cover 22,000 square feet of space and will be creator and Chef José Andrés’ biggest restaurant yet.  It will have large windows offering picturesque lake views and an impressive central courtyard that visually connects both floors. 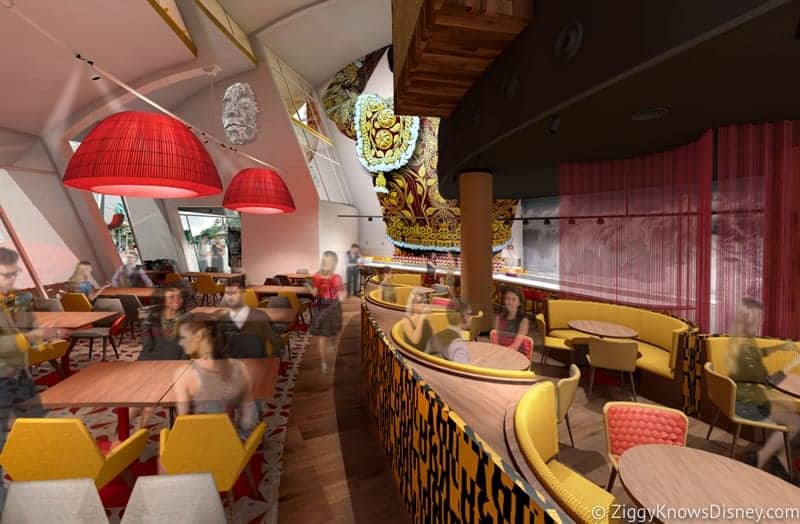 The firm that designed Jaléo had this to say: “There are no cubic forms, no opaque walls, no straight lines: here reigns a plant-like organicism with its dynamic forms. An avant-garde, expressionist and welcoming architecture.”

That doesn’t even take into consideration the unique and vibrant menu offering all sorts of amazing Spanish cuisine including Tapas, Iberian Ham in every form possible to man and Paella!  We recently got a look at the full menu for Jaléo and it sure was impressive!

We also have learned that a quick service location at Jaléo will be opening up too, offering Spanish-style street-food with sandwiches, salads and more.

Though it’s had some delays (as do every Disney Springs restaurant for some reason), expect Jaléo to open in the next couple weeks, most likely by the end of January it’ll be ready.