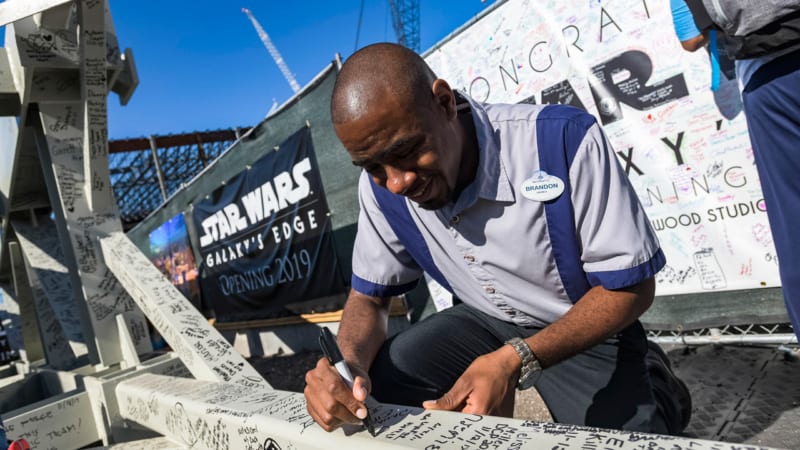 As you can see in the photo there was room for everyone, and beam signings like this one in Galaxy’s Edge have become part of the Disney Parks construction tradition when building new lands.

I want to know what you think about the Star Wars Galaxy’s Edge beam signing.   Do you like the idea to have the cast members sign the beam?  What are some other traditions Disney could do?  Let us know in the comments section below!