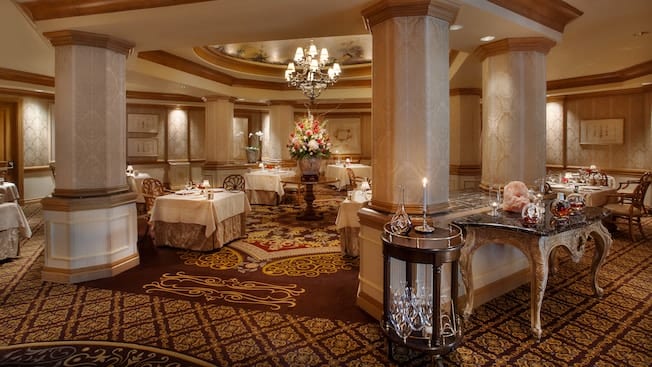 Located in Disney’s Grand Floridian Resort and Spa,  Victoria and Albert’s is run by Executive Chef Scott Hunnel, who happens to be an eight-time James Beard Foundation Award nominee for Best Chef in the South.  It has also received the AAA Five Diamond Award for 17 years in a row, which recognizes the top restaurants in the country.

If you haven’t been to Victoria and Albert’s yet, I HIGHLY suggest you make the splurge at least once, as it’s an experience you’ll never forget!

I want to know what you think about Trip Advisor ranking Victoria and Albert’s #2 Fine Dining Restaurant in the country.  Have you been to V&A’s before?  Do you think that it’s that good?  Let us know in the comments section below!