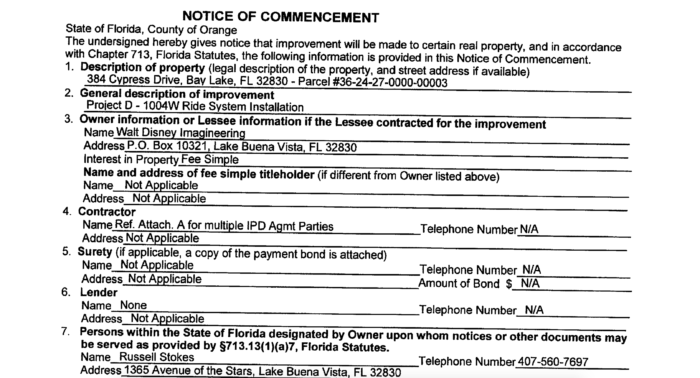 So the permits name “Project D”, which is the code name for Star Wars Galaxy’s Edge.  They show that they are for a Ride System installation of some sort.  Well there are two attractions going into Galaxy’s Edge, First Order Battle Escape and the Millennium Falcon attraction.  In theory these permits could be for either of the rides, with both rides making great progress and looking close to be completely closed in soon:

Here’s a recent photo of the Millennium Falcon attraction from @bioreconstruct: 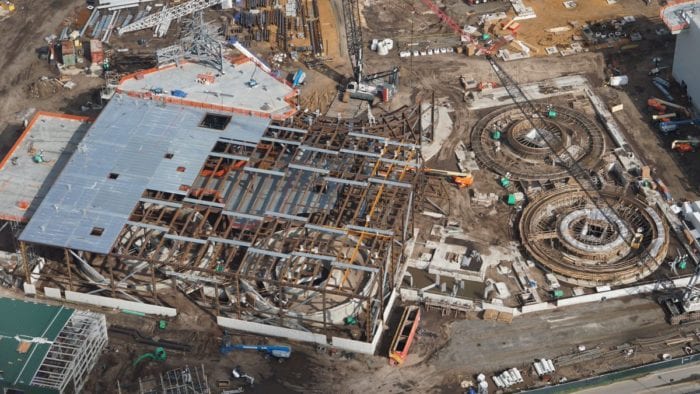 Although progress is also going fast on the First Order Battle Escape too, so it’s anyone’s guess: 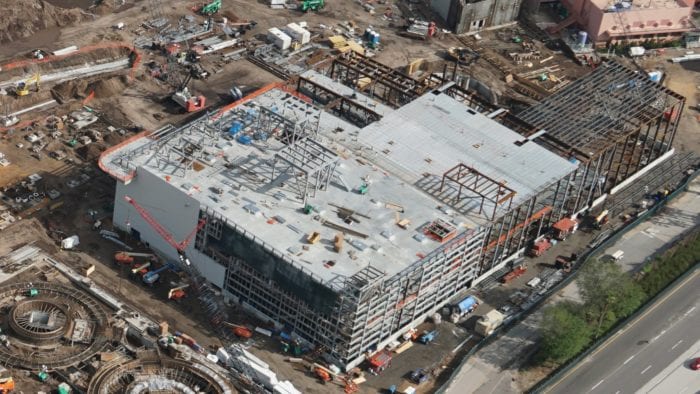 Even more interesting however is the completion date given for the project…September 26, 2019.  Now we know from D23 Expo this July that the Disneyland Star Wars Galaxy’s Edge is going to open before in the Hollywood Studios one, and that it would be open in time for the next D23 Expo in 2019.  So you can expect the Disneyland version to be open at least by July/Aug, depending on when the D23 Expo is. 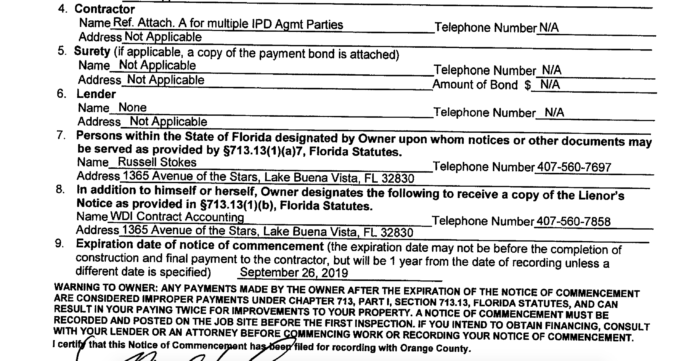 Disney hasn’t yet mentioned when the Hollywood Studios Galaxy’s Edge will open, only that it will be in 2019, and after Disneyland.  According to this date then it looks like we can expect it around September/October then.  If I were planning a trip down to WDW specifically for Galaxy’s Edge in 2019, I wouldn’t plan earlier than Late-September/October then, otherwise you run the risk of it not being open.

I want to know what you think about the new permits and if you think the Star Wars Galaxy’s Edge opening date has been revealed.  When are you planning to make a trip down for Galaxy’s Edge?  Let us know in the comments section below!