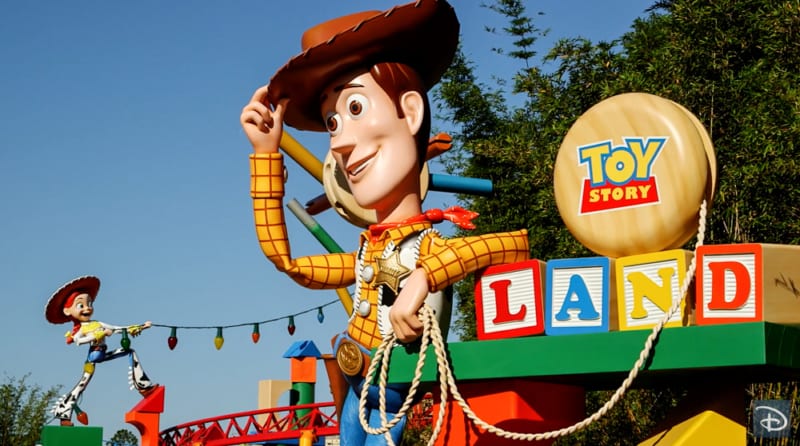 When Toy Story Land was first announced at the 2015 D23 Expo, we were thrilled to see one of our favorite animated franchises come to Walt Disney World.  After all there already was a Toy Story Land in Disneyland Paris, Hong Kong and even Shanghai (also opened in 2018).  But knowing that Woody, Buzz and all their friends were coming to Hollywood Studios was amazing.  Now they’re here and it’s official.  Toy Story Land is now open in Disney’s Hollywood Studios!

When you step into Toy Story Land you are stunk down to the size of a Toy and dropped into Andy’s backyard.  Don’t worry, you’ll have plenty to do to keep you occupied while you’re there.  All the theming is done in the toys of yesterday so if you are familiar with Tinker Toys, Mr Potato Head, Scrabble, etc, you will absolutely love it because they are al the toys you grew up with!

We’re here in Hollywood Studios covering all the events of the Toy Story Land opening and we’ll be bringing you more info, photos, etc.  As you’re waiting here’s what you need to know:

Yesterday there was the Toy Story Land dedication with Disney Executives and members of the media all gathering to celebrate the opening of this new land.  Click here to watch the live streaming of the event.

I want to know what you think about Toy Story Land now being open in Disney’s Hollywood Studios.