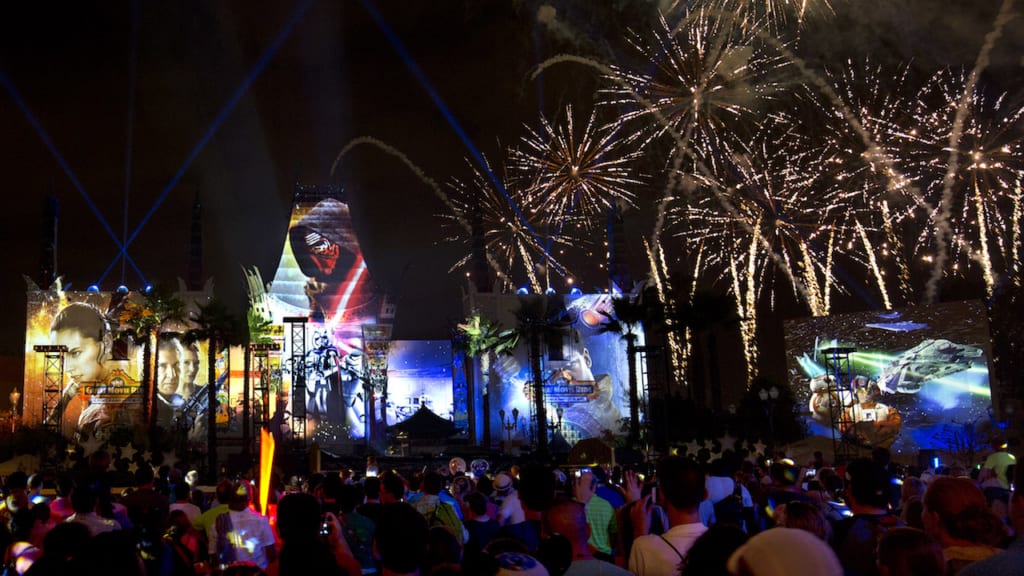 Get ready Star Wars fans!  It was so popular back in April that there’s another Star Wars Galactic Nights Event Coming in December.  That’s right on December 16th from 7:00pm to Midnight, Galactic Nights are back in Disney’s Hollywood Studios and better than ever!

This will be the second time installation of the event, and you’ll recognize a lot of the events and perks from the last one.  However there is also some great new stuff happening as well.  Here’s what to expect:

There are a few really cool things about this event, but I’m going to go right into the number one reason it sounds cool to me:  Sneak Peak at Star Wars Galaxy’s Edge.  The Epic Theater will host a special one-night-only panel discussion about Star Wars: Galaxy’s Edge, which is coming to Hollywood Studios in 2019.  After D23 Expo, all I’ve bee dreaming about is Galaxy’s Edge, so I can only imagine what awesome info they could give us.  I also wonder how it will differ form the new Walt Disney Presents Preview Center going in at Hollywood Studios this week.

Like all ticketed events, guests to the Galactic Nights event will have exclusive access to Hollywood Studios away from the public, which means short lines to the attractions (of which there aren’t many left at the moment in HS… ;).

One of the cool things is guests are also encouraged to dress up in costume as their favorite Star Wars characters, which is always fun to see!

Admission to Star Wars Galactic Nights is $129 plus tax for adults, $124 plus tax for ages 3-9.  Discounts available for Annual Passholders & DVC Members.

There are also 2 Premium add-ons that night:

Again any ticketed WDW events are very costly and usually I don’t recommend them for the price.  But I am a sucker for Star Wars and this event is pretty cool to me and as a kid I would have probably begged my dad until he caved and brought me, so it could be worth it for you.  At least the prices didn’t go up since April!

It’s obvious Disney is really looking for innovative ways to get people to Hollywood Studios while the massive construction projects to Toy Story Land, Galaxy’s Edge and Mickey and Minnie’s Runaway Railway are going on, and it might be an excuse to head over.  This is an event though that I don’t think is only temporary till construction is done, but will most likely continue on as an annual/semi-annual thing, getting better each year!

I want to know what you think about a Star Wars Galactic Nights Event coming in December.  Are you happy to see it come back?  Did you go last time?  What ideas for the event would you like to see in the future?  Let us know in the comments section below! 🙂