Why the sudden change?  Well there are a couple of factors that are possibly going into it, so let’s dive in.

We know the Walt Disney World Monorail system has had its share fare of incidents in its history (fires, stuck trains, etc) but over the last couple years it’s been particularly bad.  A higher number than usual of Monorail Train breakdowns has been occurring, obviously leading to many delays and high maintenance costs for Disney.

Back in June 2017 there was a large piece which fell of the Monorail Blue while traveling near the Epcot parking lot which is certainly not a vote of confidence for guests.But perhaps the last straw was back in January when the Monorail Red was driving with the door open and guests inside the car.

Seeing as this was such a controversial situation and Disney received a lot of backlash from it, (we also wrote something needed to be done) this no doubt was a big factor.  Disney showed that it didn’t feel this could only have been a one time occurrence and that even they were worried about it happening again as signs were even added shortly after the incident to warn guests against leaving on the doors.  Yikes! 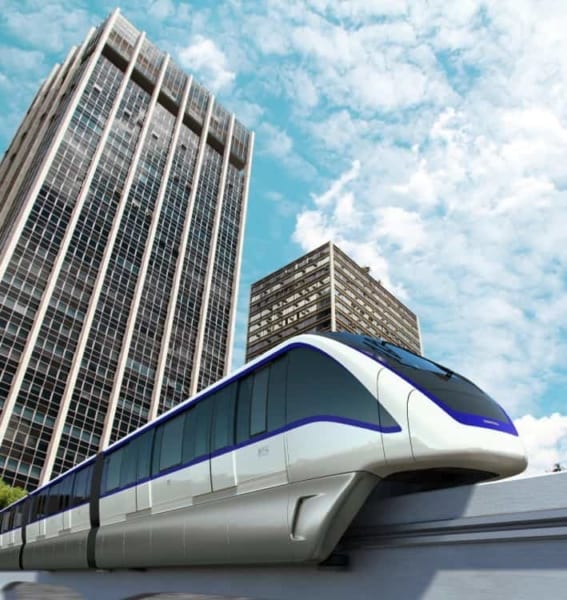 The Montreal-based Bombardier will reportedly be the builder of the new monorail fleet, which is convenient since they are the ones who built the current Mark VI trains in Walt Disney World.  Right now the rumored model train is the INNOVIA 300 series, but the 200 series is possible as well (currently in use in Las Vegas).  These trains are currently being utilized in both Saudi Arabia and Brazil with success so they definitely have experience in high-traffic city areas.

The 300 series trains have 7 cars and have a seated capacity of 854 guests (1002 guests total) at 6 passengers/sq. m.  They won the GOOD DESIGN Award from the Chicago Athenaem: Museum of Architecture and Design.  They are also quite speedy with a maximum operating speed of 50mph (80kph.)  Bombardier is also known for the walk-through design of their trains, and to do this they us independent bogies with a low profile design, giving guests lots of head space. 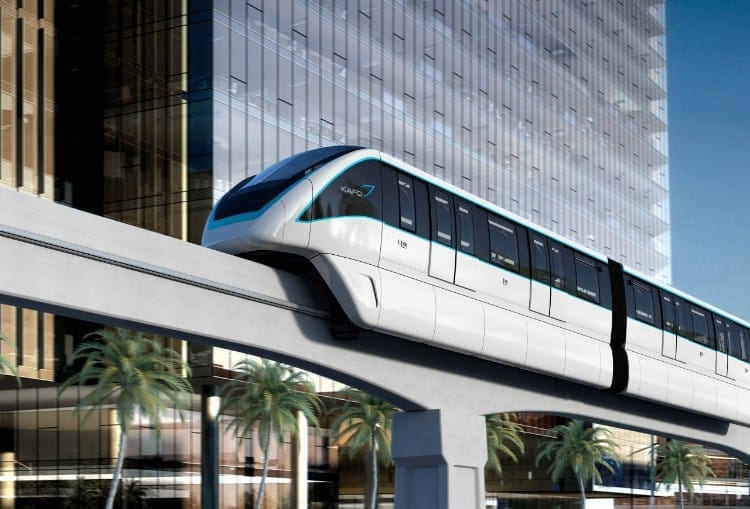 Of course the first thought about this story is the timing.  Just a couple months ago, after the Monorail Red incident, Disney had commented that it would not be upgrading the Monorail system.  However, just last week we got confirmation about the Main Street Theater project in Disney’s Magic Kingdom getting cancelled, with the main reason behind that reportedly is lack of funds.  So only 7 months after the announcement a big project like that gets cancelled?  Especially when Disney has been enjoying incredible success and growth in the meantime?  Seems fishy.

What probably happened, is that since the Monorail Red incident happened in January and the construction crews started moving away from the Main Street Theater project in February, the funds for that project were moved to a new monorail system instead.  Disney was probably hoping to be able to last the next year or so with the current monorails, in hopes of having the funds available for monorails in a year or 2, but this incident moved up the timeline.

Nothing is known yet about how the new monorails would be introduced to the current fleet and if other system refurbishment is needed before adding them.  What’s likely is that Disney will introduce them a couple at a time in a period of adjustment before replacing all the old trains.  There is no word yet on when the new monorails would go into use.

I think this would be a tremendously smart decision, as a Main Street Theater would be really nice right now, but the priority is and has been for some time getting the Walt Disney World Monorail system straightened out.  Again right now this is only a rumor, but it certainly would make sense considering Disney absolutely has to do something about its most famous transportation system as it can’t go on like this!

I want to know what you think about New Monorails being ordered for Walt Disney World.

I love Disney so much as well!!! Been so many times! I also have to completely agree on this monorail thing, they’re awesome and I ride them a bunch but an upgrade is necessary. I also would appreciate a similar design.

The original design has well served its purpose. It is past time to upgrade. I like the idea of the same company designing the new upgraded version.

Thanks for commenting Joe! I agree with you 100%. The current monorail system needs to be replaced, no two ways about it. The same company would be fine and allow for a similar look and feel, but newer

No new monorails have been ordered, they plan to get another 10 years out of them. They discussed this at our meeting last week. Also the New main street theater was cancelled so they could Build tron legacy at magic. We are expecting it to open at same time as star wars galaxy edge..

That's interesting Steven, thanks for the post. I guess we'll have to keep an eye out on the situation and see what develops. I think it's unrealistic to think they plan on getting another 10 years out of the monorails though. Hope they decide differently...

I hope they also steam clean and maybe even stain the concrete tracks. They look terrible, black with tire marks and mildew and dirt.

Yeah, I'm with you on that, they are in bad shape. Need to be blasted real good!