Just looking back less than a month ago, it was apparent that Disney was adding a fireworks viewing terrace to Club 33, as one of the perks will be that members have a reserved VIP viewing area for Happily Ever After.  Now looking at the latest photos we can see that terrace, but also a roof being added over top: 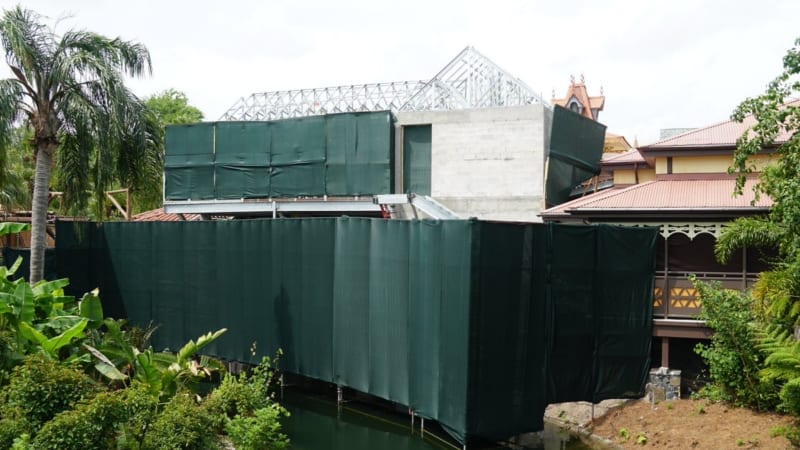 You can see the steel framing for the roof on top of a pretty heavy-duty structure made of concrete and steel.  You can see why Disney structures are able to hold up against storms like when Hurricane Irma came through last September: 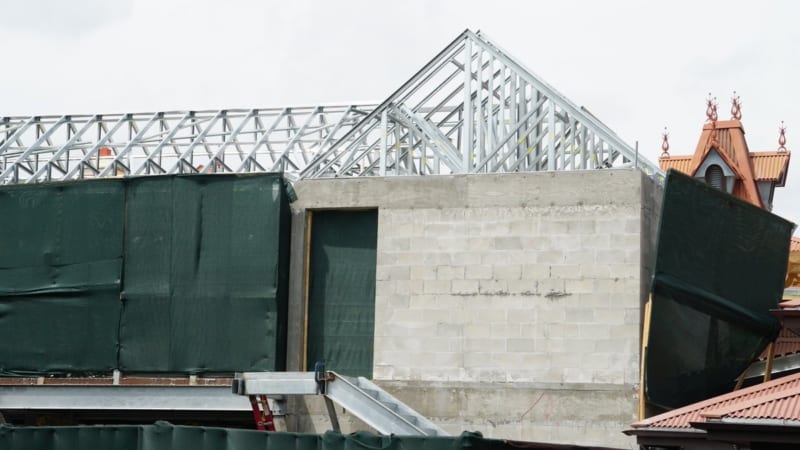 Only question left is whether or not Disney will have to cut down the trees in between the view of Club 33 and Cinderella Castle.  I’m hoping they won’t as it would be a shame to cut down such a marvelous tree, but I have a feeling its days are numbered.

The Magic Kingdom for Club 33 is just one of four locations coming to Walt Disney World, the others being: Epcot – American Adventure Pavilion, Hollywood Studios – Catwalk Bar, Animal Kingdom – Unknown.

I want to know what you think about the Roof at the Club 33 Magic Kingdom location.