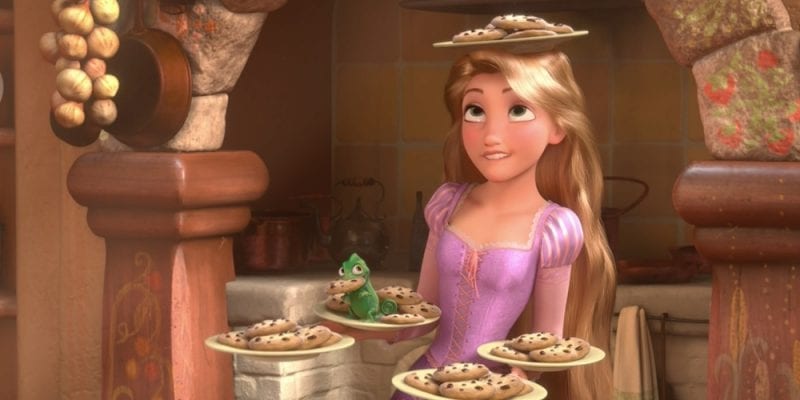 We got the word a few months back that Carioca’s restaurant onboard the Disney Magic would be closing down and be replaced by a Rapunzel themed restaurant instead.  Today happens to be opening night for the new restaurant and thanks to the Disney Cruise Line Blog we have the first look at Rapunzel’s Royale Table Menu on the Disney Magic Cruise Ship. 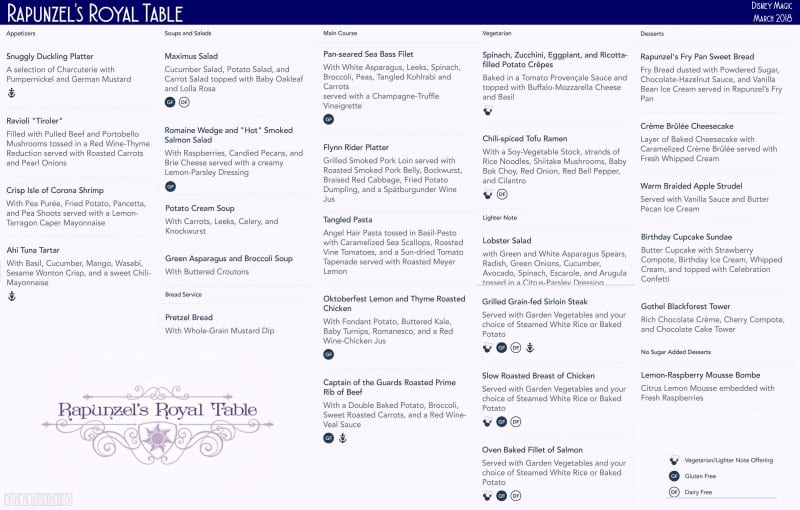 It looks like a pretty balanced menu, like most of the ones onboard the Disney Cruise Line.  The Maximus Salad, Ravioli Tiroler, Sea Bass Filet, Flynn Rider Platter and the Prime Rib of Beef all sound like good choices to me!

We also saw some pictures of in the inside of Rapunzel’s Royal Table thanks to @yesdisneyagain on Twitter:

Rapunzel’s Royal Table will introduce you to your favorite characters from the hit film Tangled.  Expect music and live entertainment which will transport guests on the Disney Magic to the kingdom of Corona with Rapunzel and the Snuggly Duckling Thugs.  I love that Disney is including these guys as they were one of the high points in Tangled for me!

Theming will be hugely important, and once you enter Rapunzel’s Royal Table you’ll be inside a beautiful ballroom in the royal castle which will be adorned with lanterns and some of Rapunzel’s best drawings on the walls.  The live entertainment will feature Rapunzel herself, accompanied the the mischievous Snuggly Duckling Thugs.  There will also be a tangled-themed menu and special activities throughout the night.

We look forward to trying Rapunzel’s Royal Table on our next trip on the Disney Magic.  If you are going on that ship make sure to check out our Reviews of the Disney Magic Restaurants!

I want to know what you think about the Rapunzel’s Royale Table Menu onboard the Disney Magic.  Are you excited to try Rapunzel’s Royal Table?  What looks like the best items on the menu?  Let us know in the comments section below!

New Disney Patent Could Adjust Attractions Individually Based on Reactions of Guests
← Previous
World of Color Closing for 1+ Months Due to Pixar Pier Construction
Next →
Click here to cancel reply.