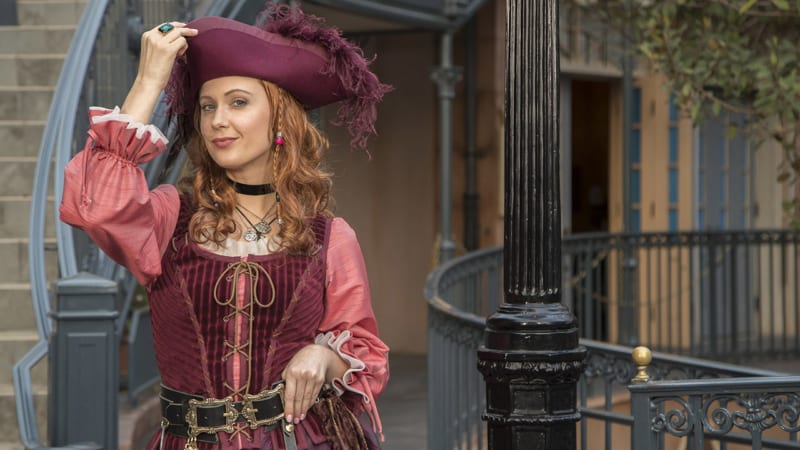 We all know about the famous ‘Redhead Auction’ scene that has been replaced with a new auction scene on the Pirates of the Caribbean attraction in Disney’s Magic Kingdom, Disneyland Paris and the currently being refurbished version in Disneyland.  Well now Disney has announced the new Pirates of the Caribbean character”Redd” is coming to Disneyland on June 8th and will be walking around the attraction and throughout New Orleans Square. 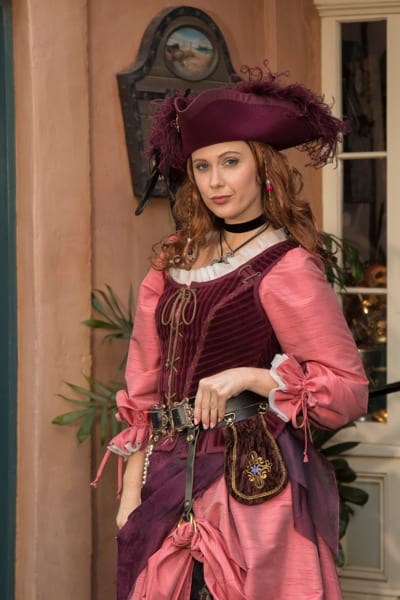 Redd is a new character from the new scene and instead of being sold in an auction, she’s a pirate who’s selling off recently taken goods.   She’s a bit mysterious, and travels to various ports throughout the Caribbean—selling rum and collecting coin.  We also found our that she too is on the search for Captain Jack Sparrow, as he owes Redd a ship! 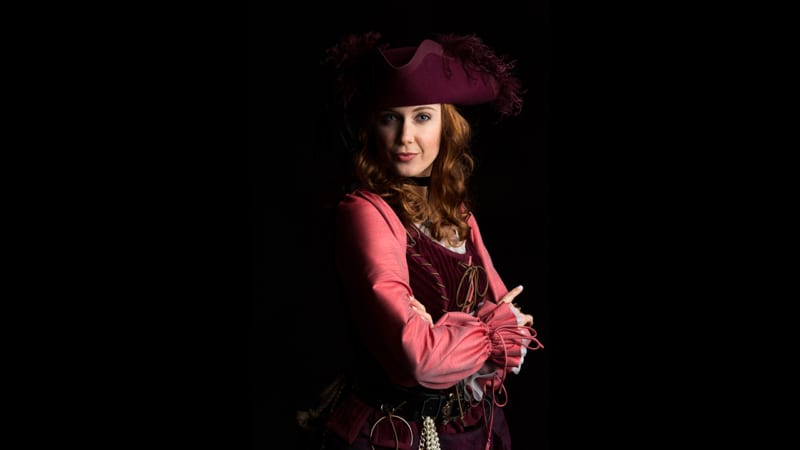 The new scene in Pirates of the Caribbean in Walt Disney World has gotten mixed reviews with some loving the change, and others hating it and renaming the attraction to “Boy Scouts of the Caribbean” for the desire to avoid any controversial subject in the attraction.  In either case, the new version of Pirates opens in Disneyland on June 7, 2018.

There’s no official date on when the new meet and greet starts, but we’ll keep you posted on the developments.