PHOTOS: The Massive AT-AT Walkers in the Battle Escape Attraction in Galaxy’s Edge 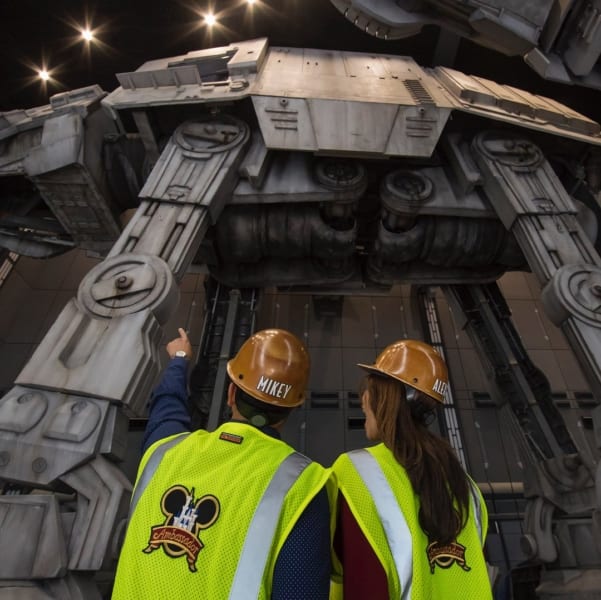 The most anticipated attractions being built in Walt Disney World right now are most likely the ones coming to Star Wars Galaxy’s Edge.  We’ve seen all the progress going on outside the buildings, especially the rock work on top of the buildings and other theming elements being added, but obviously we haven’t seen too much inside.  However Disney released some new photos of the massive AT-AT Walkers inside the Rise of the Resistance attraction in Galaxy’s Edge recently and they are a sight to behold!

About a year ago we found out that full-scale models of the famous AT-AT Walkers from the Star Wars films would be included and have part in the attraction.  Here is a photo from last June showing the construction of these incredible giants: 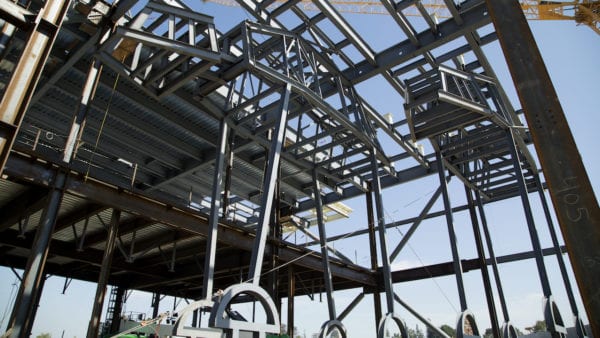 The AT-AT’s were being constructed and then encased inside the Battle Escape attraction.  Now look at their current status: 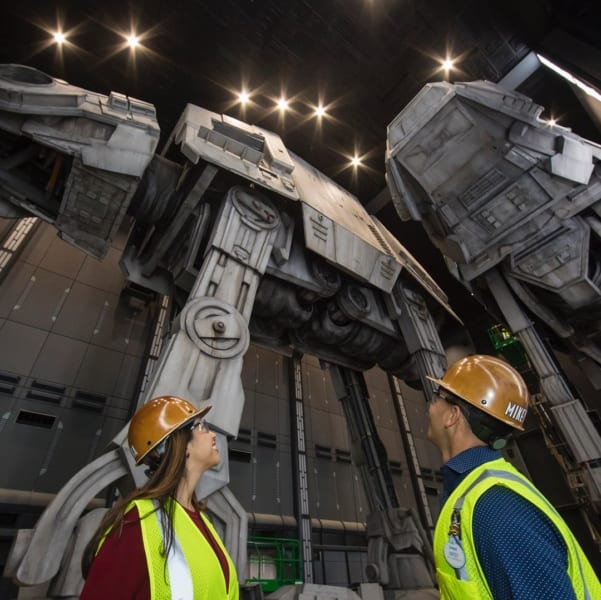 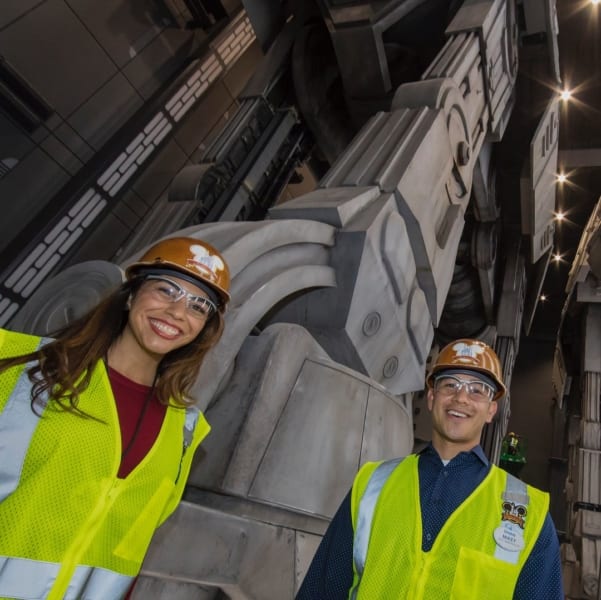 It’s still not yet known what role they will have in the ride, but I’m eager as anything to find out!

We do know that the Battle Escape attraction is going to have an extended pre-show/queue area and that guests are going to be lifted up from Galaxy’s Edge into space by a Resistance Troop Transport, where they will then join in the battle.

Here is some a photo showing the Resistance Troop Transports: 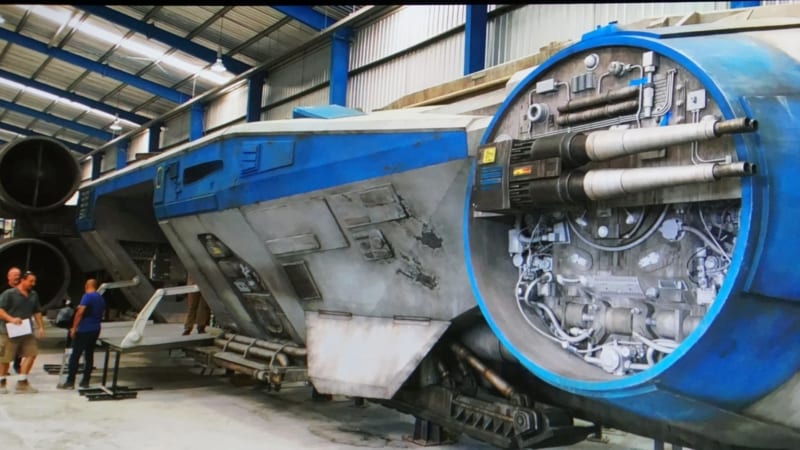 It’s also likely that guests will use some kind of 3D/4D technology that further enhances the attraction as well as possible devices such as a lightsaber to help you during the ride.  It seems that there will be some kind of points system in both the Battle Escape and Millennium Falcon attractions, making them more interactive than the normal theme park ride.  We’ll have to wait for more of the details as they come out…

For more info read our Star Wars: Galaxy’s Edge Ultimate Guide for a detailed look at the attractions, dining, planning and touring strategies.

Pirates of the Caribbean 'Redd' Walk-Around Coming to Disneyland June 8th
← Previous
PHOTOS: Guardians of the Galaxy Coaster Roof Being Prepared for Installation
Next →
Click here to cancel reply.