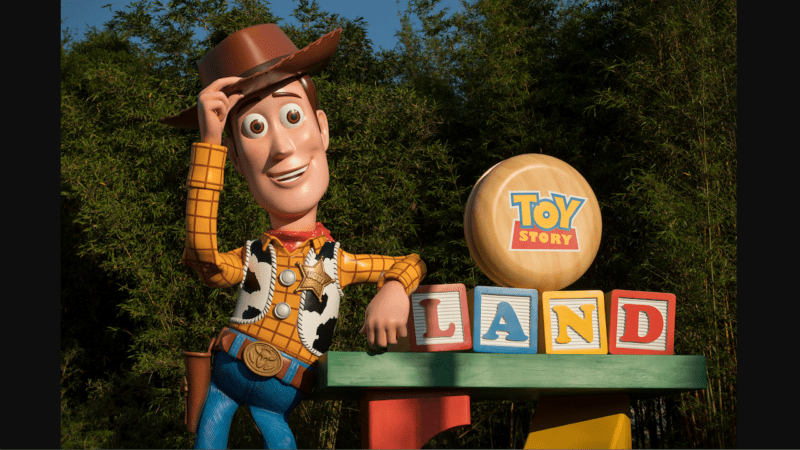 With the Toy Story Land opening only a few weeks away people are wondering if anyone will get a sneak peak at the new land before the official opening on June 30th.  It now looks like there is in fact going to be a D23 Toy Story Land preview on June 22.

According to user Nickys on the mouseowners.com forum, the D23 Toy Story Land preview event will be one of a few previews for this newest land in Hollywood Studios.  There will also be a preview for Media and Travel agents on June 28 and 29, the two days before the opening.  The media will supposedly be arriving at the Animal Kingdom Lodge starting June 26.   There could be other soft openings during that week too but nothing is known at this time.

The Toy Story Land opening this year is quite different from the opening of Pandora: The World of Avatar last year when Disney did previews about 6 weeks ahead of the opening.  Instead Toy Story Land is under the gun and is still putting the finishing touches on the land.  Supposedly the Alien Swirling Saucers attraction is having problems with the roof and there is still work to be done on the Slinky Dog Dash coaster landscaping.  For sure Slinky Dog Dash and the Toy Story Midway Mania attractions will be ready for opening day, and hopefully Alien Swirling Saucers too.

Of course Disney hasn’t yet confirmed these dates so until then take it with a grain of salt, but they do need at least a media preview before the grand opening and there aren’t many days left to do it.

We’ll be in Toy Story Land live for opening day so stay tuned for all the updates!