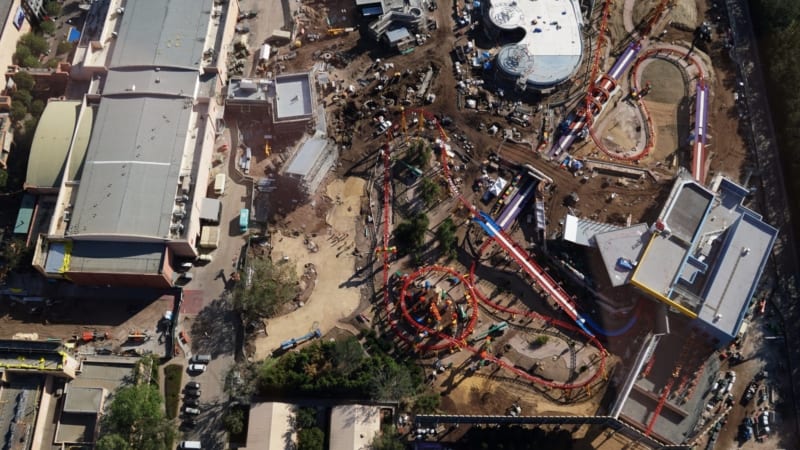 This is a Toy Story Land Construction Update for November 2017.  Since Disney’s Hollywood Studios is one big construction zone right now, you might not have had the chance to get down there and see the construction progress lately.  Things are moving at lightning speed, and every day there’s something new being installed.

There has been lots of progress in Toy Story Land since last month, with many of the buildings really coming to form, and even Andy’s footprints visible in the ground.  We also got the big news days ago about the Toy Story Land quick service restaurant coming here: Woody’s Lunch Box, and we’ll take a look at the concoction progress of that too.  Thanks as always to @bioreconstruct we have some great aerial shots of Hollywood Studios.  Let’s get right in and take a look at the Toy Story Land Construction Update for November 2017.

Here’s a high above shot of both Toy Story Land and Star Wars Galaxy’s Edge: 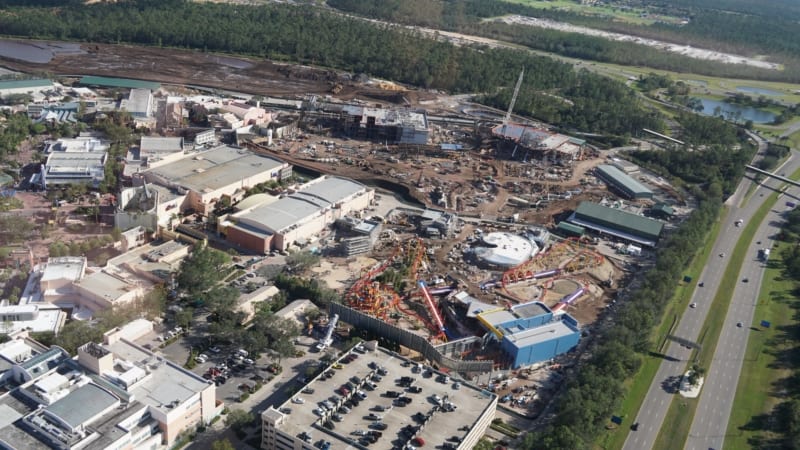 Here on the left middle you see the Chinese Theater.  Then where the red arrow is is the new entrance to Toy Story Land once it’s complete.  Pixar Place which currently holds the Toy Story Midway Mania entrance will then be closed down (more on that later): 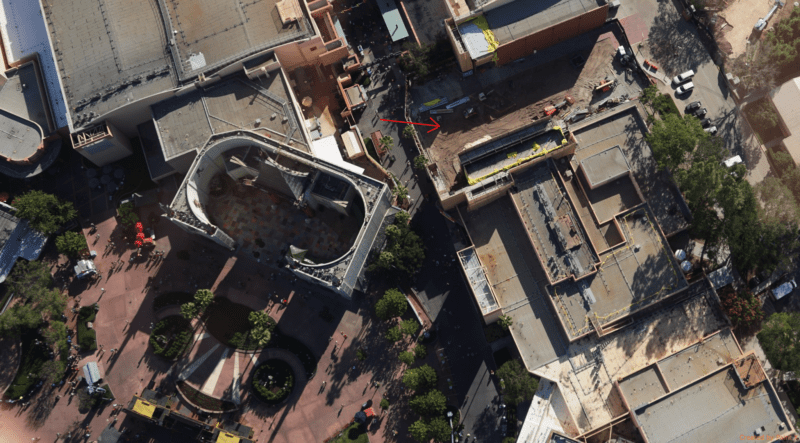 This is still the Toy Story Land entrance, but now from the backside in the land.  You can see the placement right between Walt Disney Presents on the left and Toy Story Midway Mania on the right: 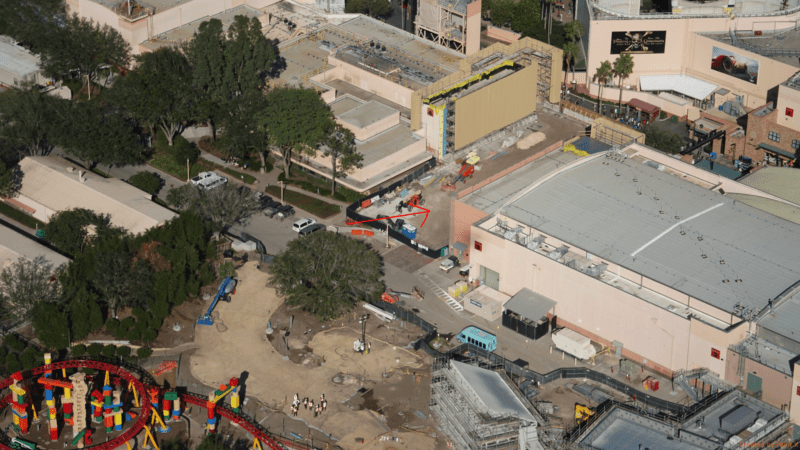 The progress for the Toy Story Midway Mania queue is rightly being moved from Pixar Place into Toy Story Land and in this update you can see it’s a big queue.  Expect all the theming and interactivity from the old one and more: 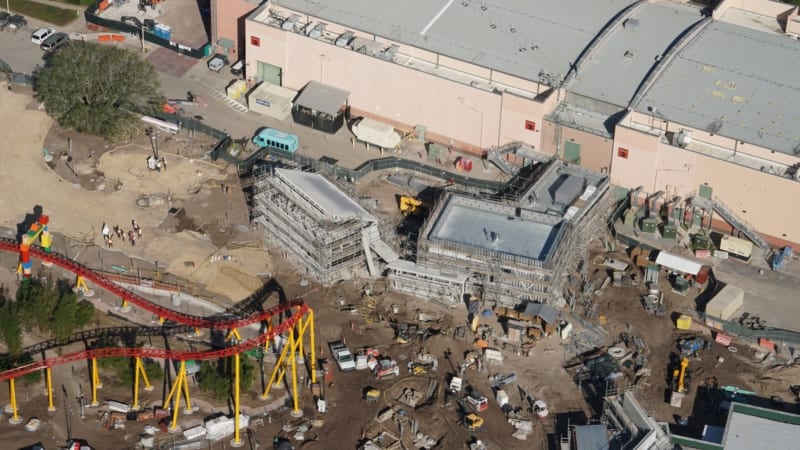 Panning out you can see how much real estate the Slinky Dog Dash Coaster takes up, it’s literally half the size of Toy Story Land.  Alien Swirling Saucers is the big ovalish building in the center and the white roof looks almost totally complete: 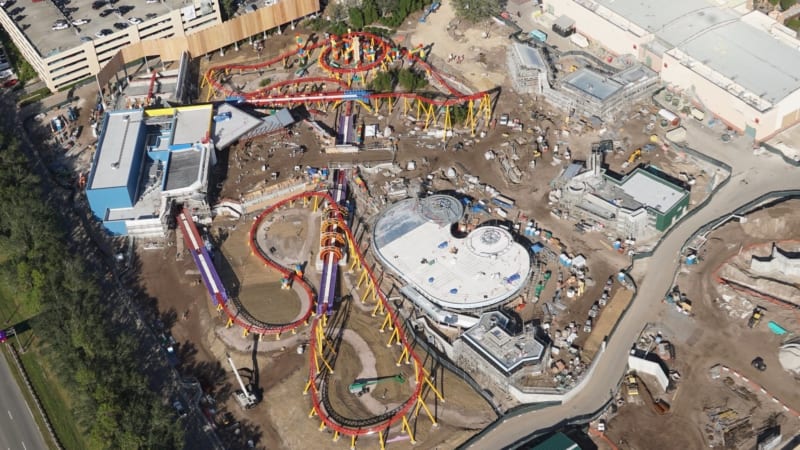 With every Toy Story Land construction update we get, we see more and more details being put into the theming.  Of course the big wooden fence surrounding Andy’s backyard is present, and also the arrow points out one of Andy’s many footprints that will be scattered throughout the land: 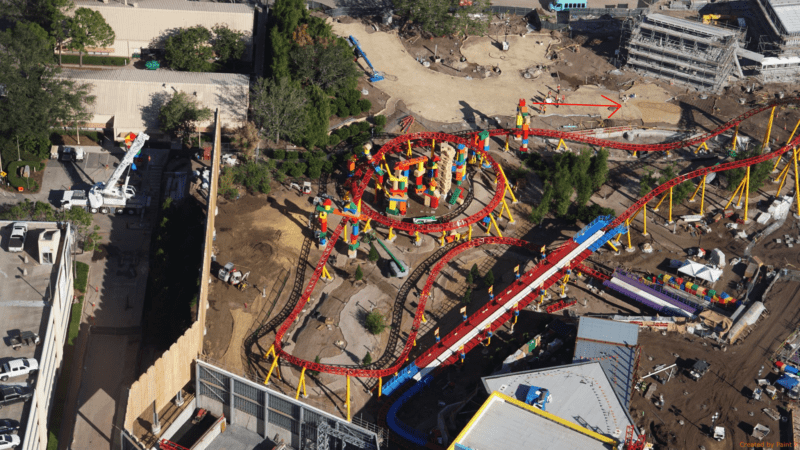 At the back of the Slinky Dog Dash show building you can see one of the ride vehicles outside, ready for more testing: 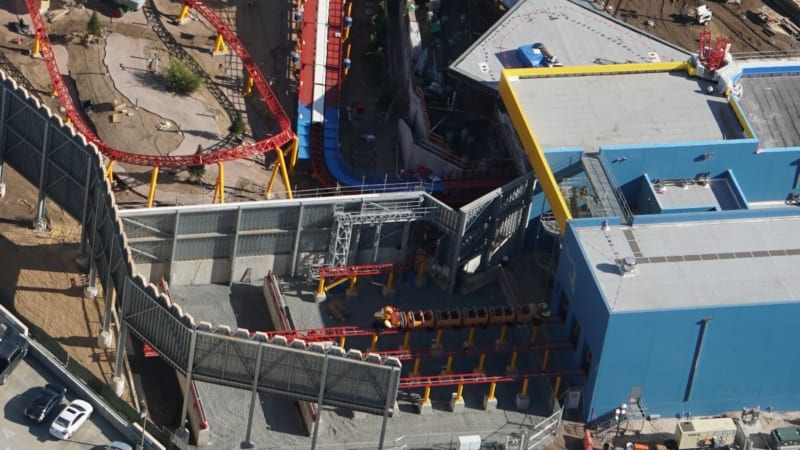 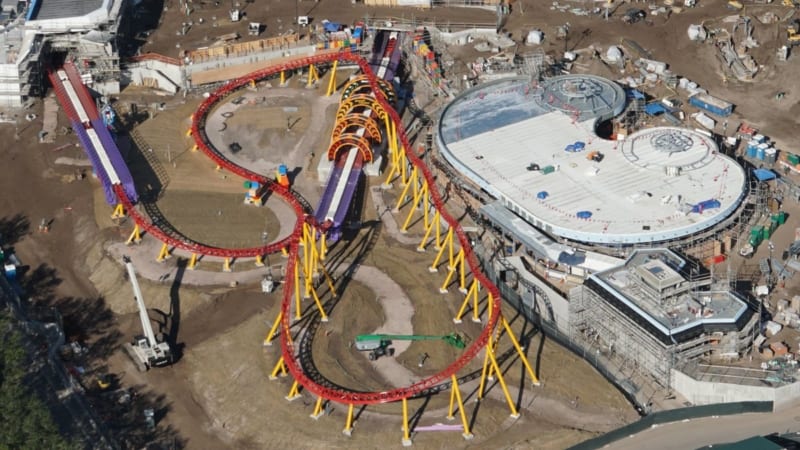 Lastly we get a the newly announced quick service restaurant for Toy Story Land, “Woody’s Lunchbox.”  Expect typical theme park fare here, along with Babybel cheese which is the official sponsor.  Some were wondering about why Babybel…but when you think about it, it makes perfect sense.  Obviously Andy left his lunchbox here in the yard and used it to set up a restaurant for the rest of the Toy Story, which has in it one of the most popular snacks for children’s lunch boxes.

You can see that even that is going up super fast.  You’ll have seating with tables and chairs to the left across from the front of the building: 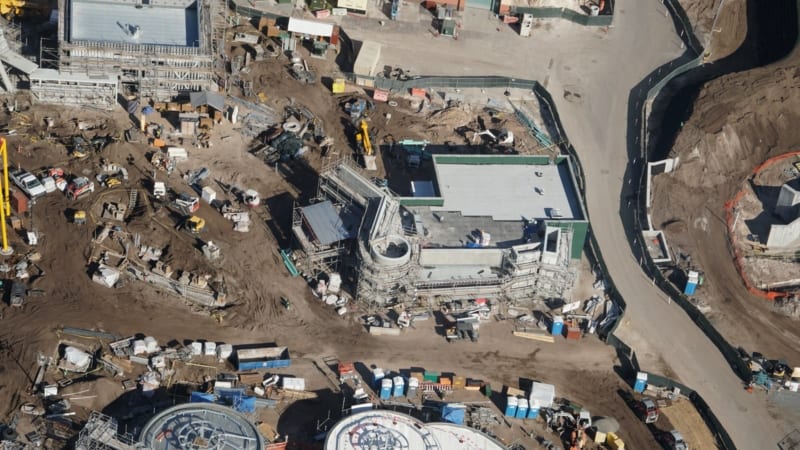 This is a super exciting time in Walt Disney World history with so many new projects all going on at the same time, including my favorite: Galaxy’s Edge.  Still no word on the Toy Story Land opening date, just that it will be ready for Summer 2018.  We’ll keep bringing you more updates as soon as we can!

I want to know what you think about this Toy Story Land Construction Update November 2017.  What do you think of the overall feel so far?  What attraction are you looking forward to riding most?  Let us know in the comments section below!