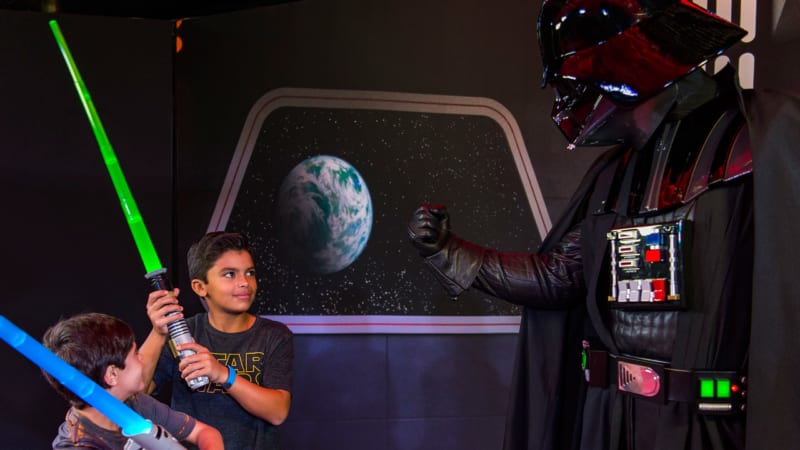 We have some exciting news for guests going on the Disney Cruise Line aboard the Disney Fantasy in 2018!  If you’ve ever been on the Disney Fantasy you’ll know that one of the best features are the Star Wars Day at Sea which are on 15 special sailings from January to April,  where you have the opportunity to do Star Wars Character Meets and see you favorite characters from the films!

Take of look at this video which shows some of the special Star Wars fun you’ll have aboard:

I want to know what you think about the ability to book Disney Cruise Star Wars Character Meets.  Have you been on a Disney Cruise with Star Wars Day at Sea?  Which character are you looking forward to meeting the most?  Let us know in the comments section below!