Even though the attractions get all the glory, the construction progress of the Disney Skyliner/Gondola, is really moving at a rapid pace, and imo will be just as fun and important as all the new rides.  Last month we started seeing stations pop up throughout the Walt Disney World Resort as its newest transportation system is really going fast.

This month we have an update with more foundations being poured and actual steel columns rising up from the ground at the stations for Epcot, Hollywood Studios, and the Resorts.  We also found out that the Disney Skyliner Gondolas will NOT have air conditioning unfortunately.

We again have the please to share photos from @bioreconstruct over on Twitter.  He is amazing by getting some awesome shots from an aerial view, while us chickens remain on the ground!  Be sure to compare the difference from last month’s Disney Gondola construction update too.

This is what’s going on for the Disney Skyliner/Gondola in March: 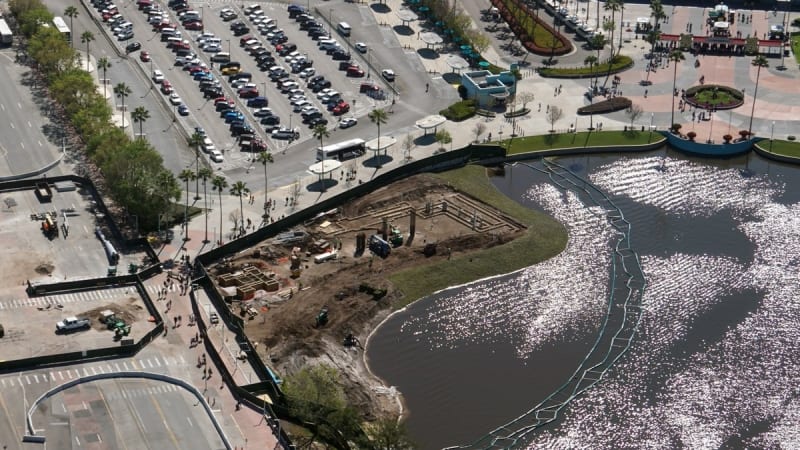 Where the yellow arrow is you can see the beam for a cable support tower which will be going at the station: 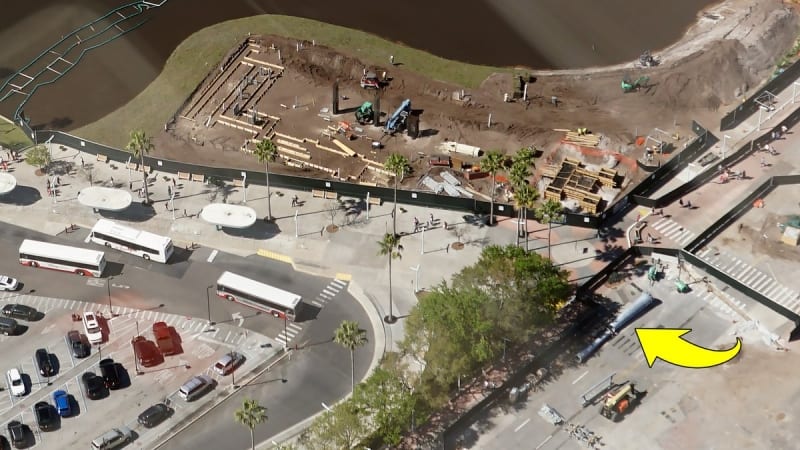 As ground level view of the Hollywood Studios Skyliner/Gondola Station shows the foundation going in and steel rebar columns too, which is a big process in the construction: 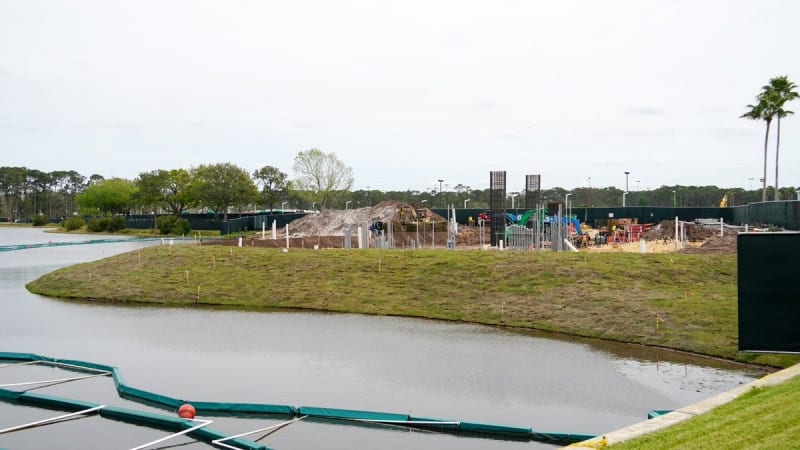 Here is a close-up of the steel support beams going up: 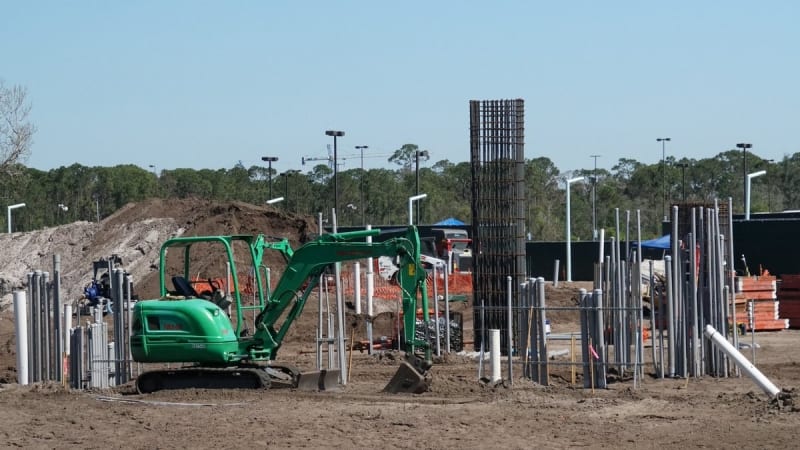 If you’ve ever walked from the Epcot area resorts to Disney’s Hollywood Studios, the path you take brings you out here.  Now where the yellow arrow is, the path deviates of to the left to keep you away from the Skyliner construction area: 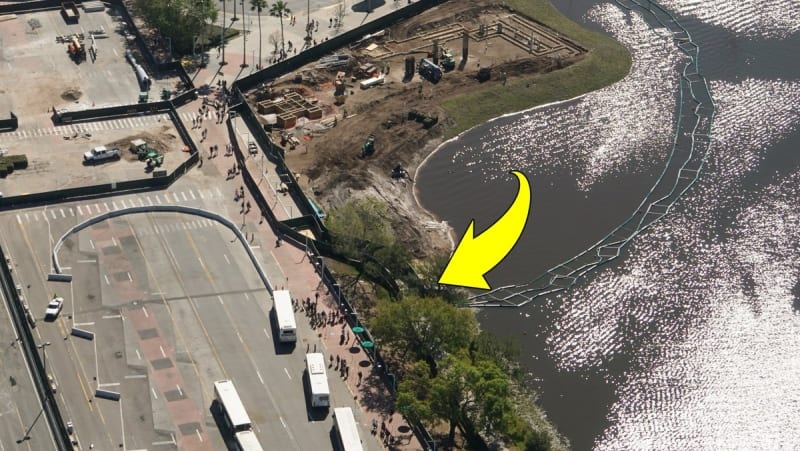 Here’s a close-up of the path change: 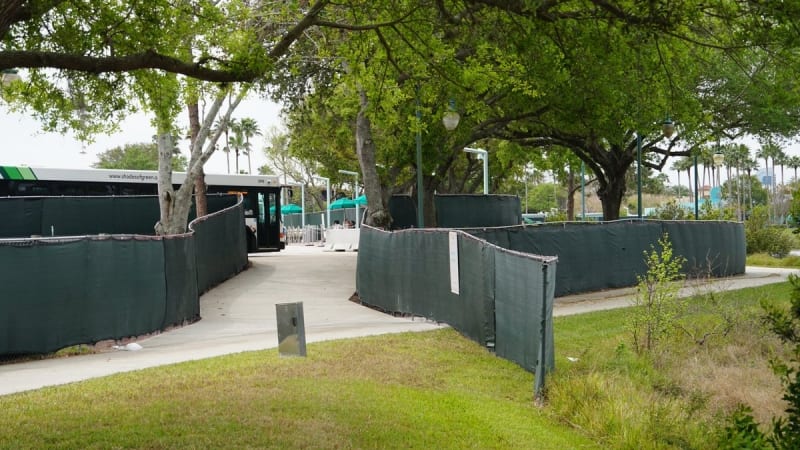 Moving on from Hollywood Studios we go to the Disney Skyliner Station construction in Epcot.  This is located right outside the International Gateway just steps from the entrance to World Showcase.  It doesn’t look like the foundation is in yet, but some pipes are already starting to stick out from the ground: 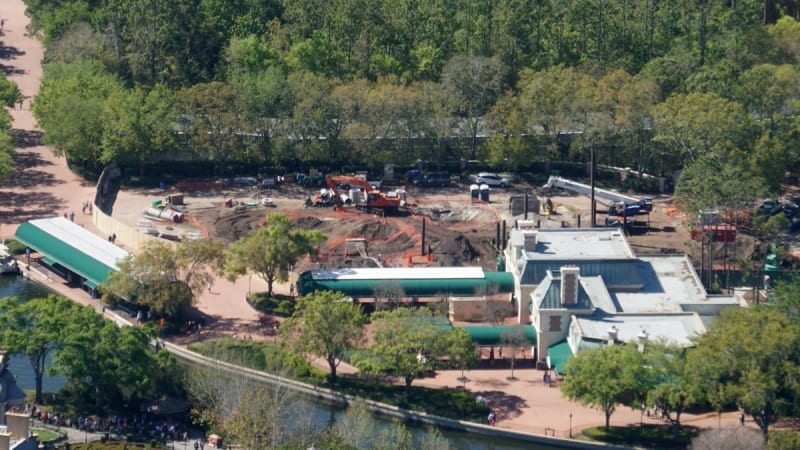 Being the Last(or first stop on the Skyliner/Gondola), this view shows at the bottom left where the Disney Skyliner will arrive from the Resorts area, then over the water to the station we just saw.  On the right is the Ratatouille construction site where the expansion on the France pavilion taking place: 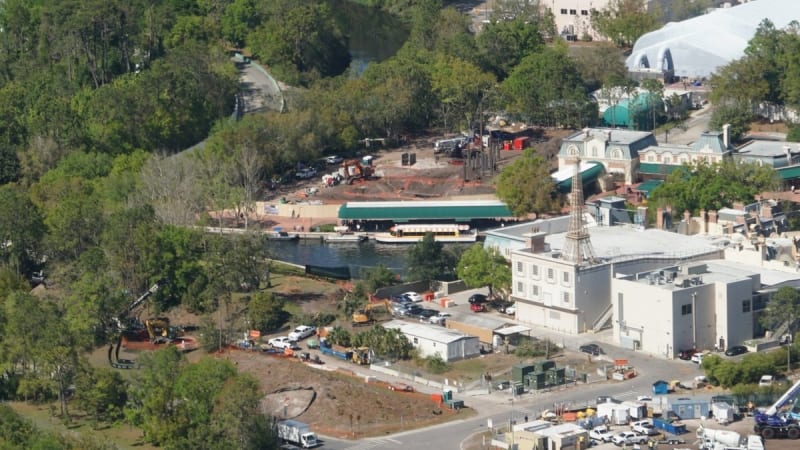 Down at Pop Century we see the Skyliner/Gondola Towers rising over the landscape: 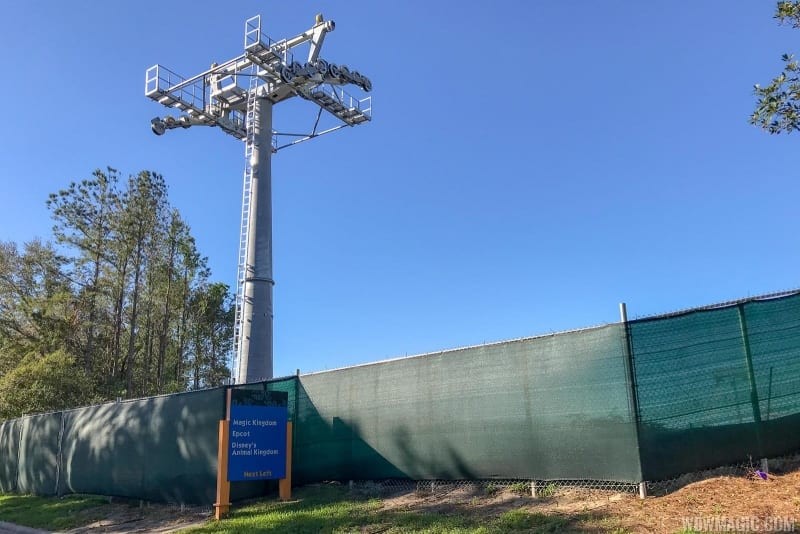 Over at the Caribbean Beach Resort you can see the Skyliner Station which will be here is massive, and significantly bigger than the other stations at Hollywood Studios and Epcot for example.  This is because it will be a hub/transfer station and will route guests to either Epcot or Hollywood Studios.  Another tall Disney Skyliner tower indicated by the right arrow, and construction work on the actual Caribbean Beach Resort is visible across the river: 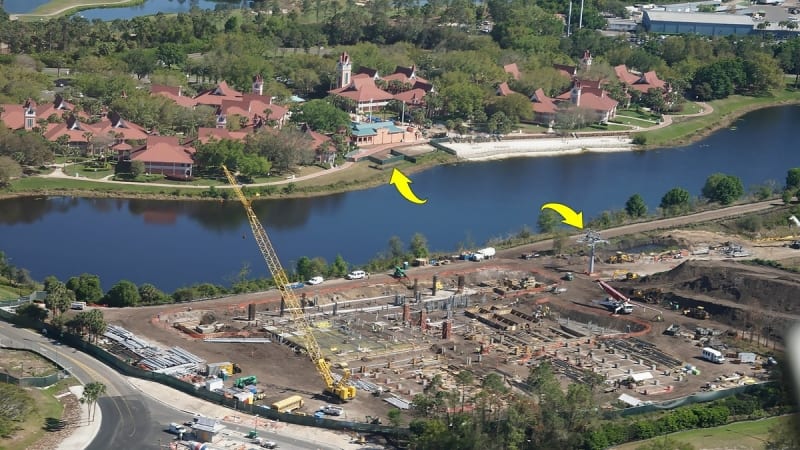 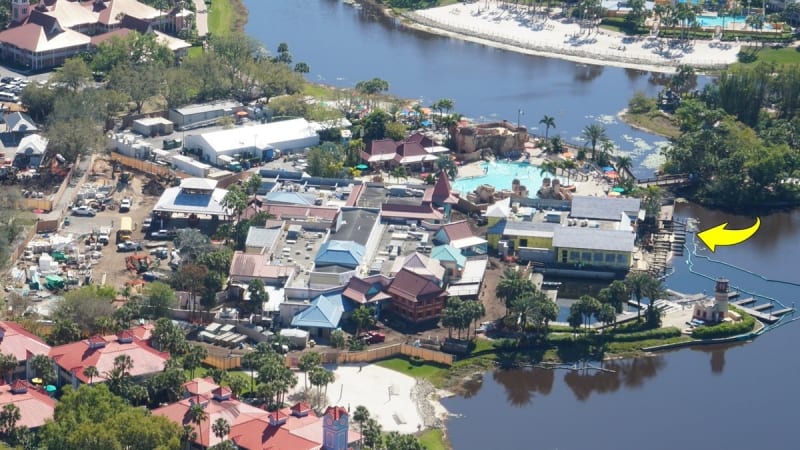 Lastly north of the Caribbean Beach Resort you can see the construction progress for the Disney Riviera Resort.  This is Disney’s latest DVC resort which will be upscale and have a restaurant and lounge on the top of the hotel with amazing views of both the Epcot and Hollywood Studios Fireworks Shows!  This building is just shooting up like weeds… 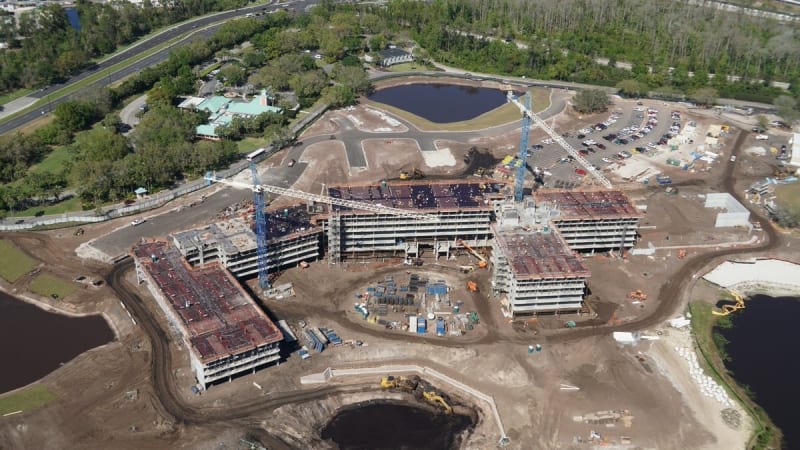 That wraps up our Disney Skyliner construction progress for March 2018.  Still date from Disney yet on the Disney Skyliner opening, but it will be in Mid-Late 2019 depending how everything comes together by then.  It will be a big boost for Walt Disney World Transportation, and should already be in place by the time Galaxy’s Edge come in late-2019.

I want to know what you think about the latest Disney Skyliner Construction Progress March 2018.  Are you going to ride the Disney Skyliner?  What are your thoughts?  Let us know in the comments section below!