We finally got some new Walt Disney World 350 room hotel details as well as some concept art too!  If you aren’t familiar with the project, some months back it was heavily speculated a new 350 room Hotel was coming to Walt Disney World near the location of the Swan and Dolphin resorts.  That was confirmed back in October by the Orlando Sentinel when it was reported the Coastal Construction Group was pursuing the project.  Today thanks to wdwnt.com we got a look at some of the concept art and more details for what the place will look like.

Here is the location in comparison to the Swan and Dolphin Resorts: 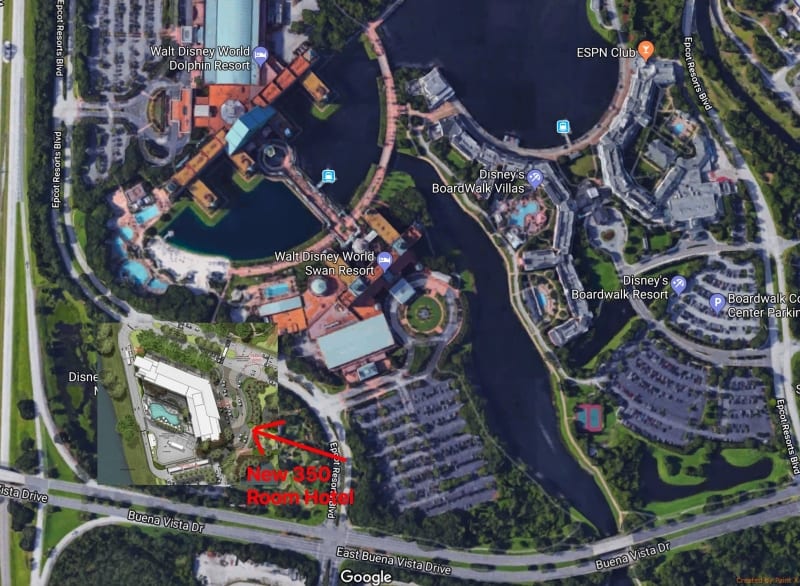 The new hotel, is going to be right next to the Swan and Dolphin where the tennis courts are.  It will also be close to the Fantasia Gardens Mini-Golf, but this shouldn’t affect their operations in an overly negative way except for minor changes to the parking lot there.  It will will be leased to the Tishman Hotel Corporation just like Swan and Dolphin, so it won’t be owned by Disney.

It will have 350 rooms as previously reported, and it will have a whopping 151 suites, compared to 199 standard rooms.  This certainly confirms that the new hotel will cater to the more high-end crowd for sure, being what you can call a ’boutique hotel.’  It has a very modern look to it, but imo it’s a little uninspiring looking, basically a big glass box, with very little ambiance surrounding it from the concept art. 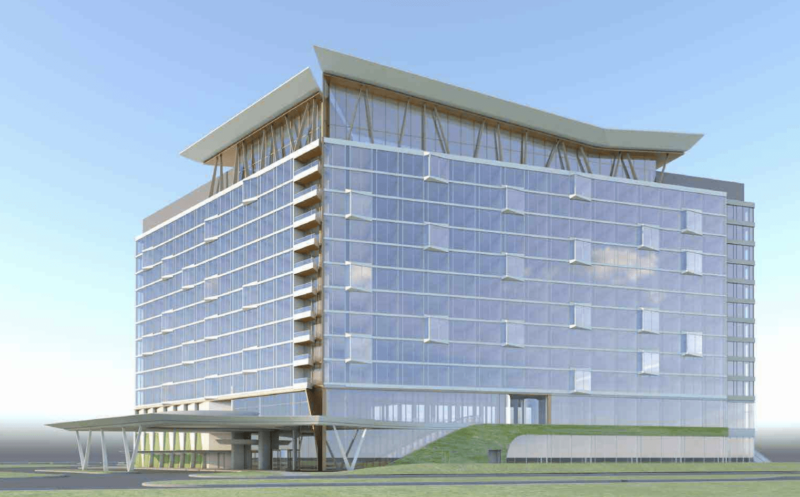 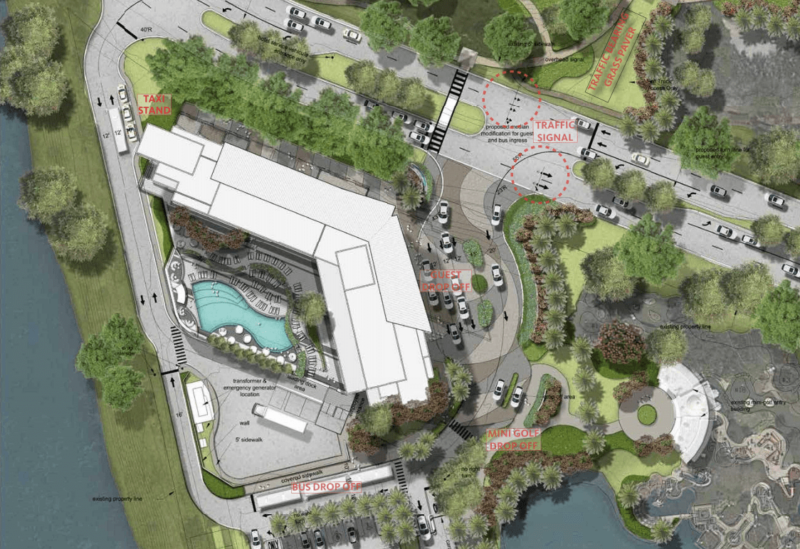 I think this new hotel looks ok, but I’m not nearly excited about it as some of the other resort projects that are currently going on around Walt Disney World.  Disney’s Riviera Resort or the Coronado Springs expansion both are much more appealing to me, and definitely the New Epcot Hotel likely coming to the main entrance of the park.but I’ll have to reserve judgement for when we see a bit more.

I want to know what you think about  the new Walt Disney World 350 Room Hotel details and concept art.  What do you think of the design and location?  Let us know in the comments section below!

The design is just ok. But that area could use another hotel. I know that there are a lot of business conferences in the swan and dolphin and some good places to eat. I’m sure this will follow suit. And I’m sure that there will be a good focus of the Epcot fireworks

I like the way you think Leigh, talking about restaurants!!