With its Summer opening drawing ever closer, today Disney released some new Toy Story Land Concept Art including Woody Statue and Slinky Dog Dash Coaster.  The first photo shows a Woody statue which will be placed at the entrance into Toy Story Land in Disney’s Hollywood Studios coming from Pixar Place.  If only there were actually going to be that few people in Toy Story Land for the opening… 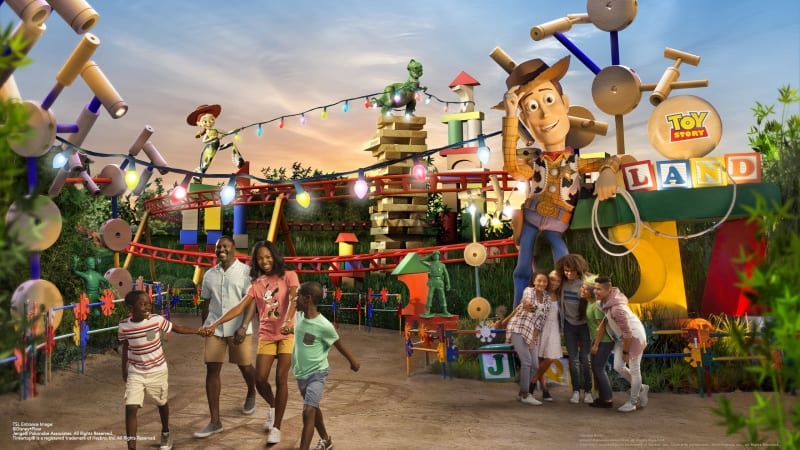 Next you can see a train wizzing by from the Slinky Dog Dash coaster.  This is one of the show scenes from the attraction which has Jessie and Rex playing a major role: 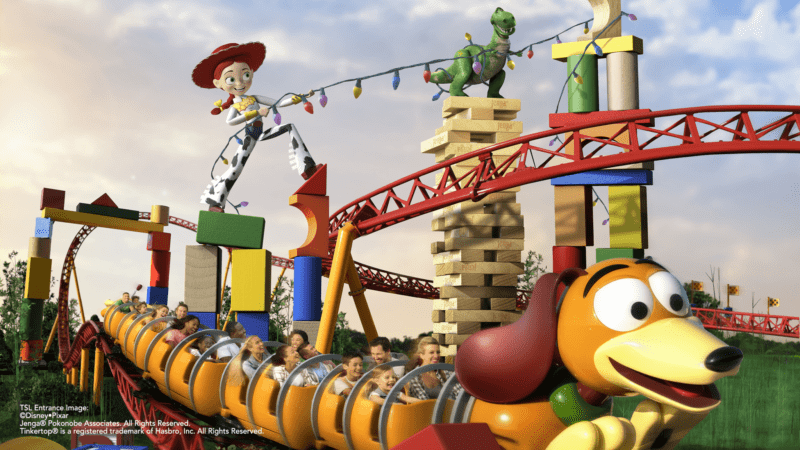 Toy Story Land will also include the Alien Swirling Saucers attraction and Woody’s Lunch Box, the land’s quick service restaurant.  It’s one of the 7 Things We’re Looking Forward to Most in 2018!  Still no word on opening date yet, but since we are almost in February it shouldn’t be long before we start hearing something more concrete.

I want to know what you think about the New Toy Story Land Concept Art.  What are looking forward to most about Toy Story Land?  Let us know in the comments section below!