Hurricane Irma delayed the debut of the new Star Wars Galaxy’s Edge Model in the newly designed Walt Disney Presents attraction in Disney’s Hollywood Studios, but now it’s here!  Galaxy’s Edge will transport guests right in the middle of the Star Wars universe, onto an unknown remote planet, where they will be completely immersed in the experience.  Galaxy’s Edge will include 2 brand new attractions: First Order Battle Escape and a Millennium Falcon attraction.  The new Walt Disney Presents also includes a New Mickey and Minnie’s Runaway Railway Display with concept art for the ride, as well as a Full Model for Toy Story Land which looks incredible!

We were eagerly waiting to see what the new Star Wars Galaxy’s Edge Model would reveal, so let’s take a look as I was able to get a few high-res shots and a 4K Video too:

First thing you notice is how small this is!  Nothing like the Galaxy’s Edge model from the D23 Expo.  That’s not because Galaxy’s Edge itself is small, it’s going to be HUGE!  But because of space restrictions they were only able to fit small portions of it at a time in the Walt Disney Presents display: 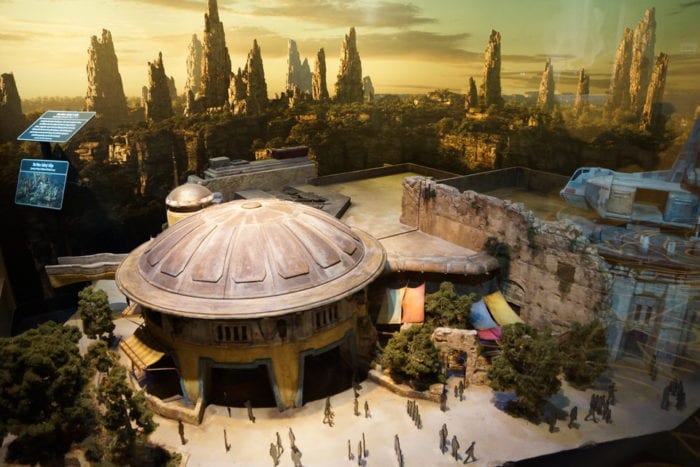 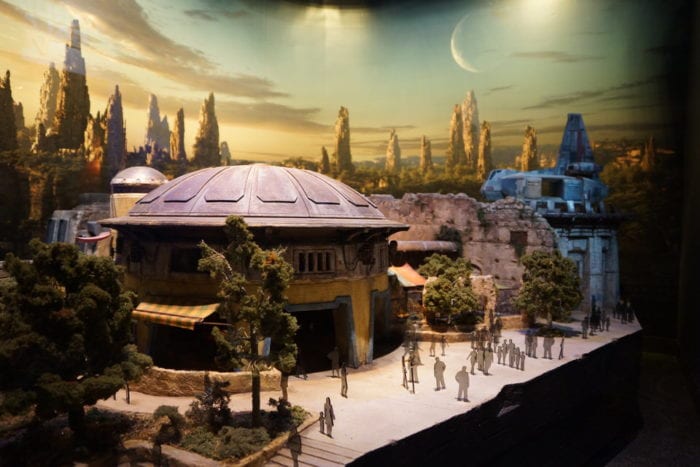 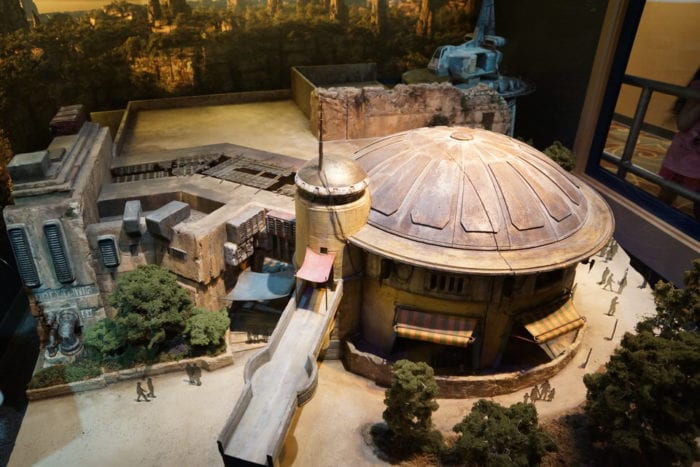 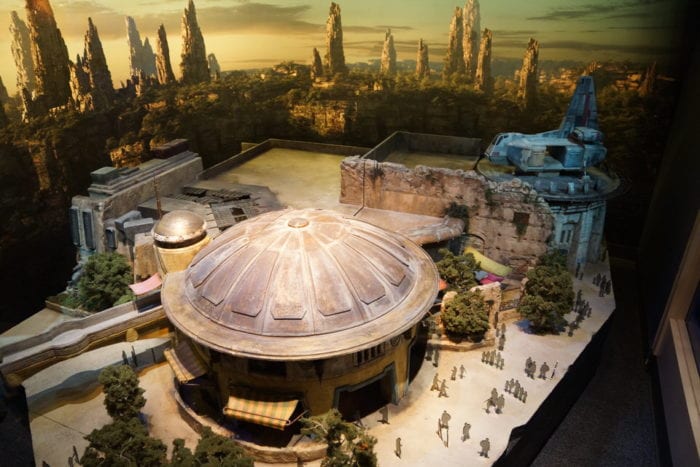 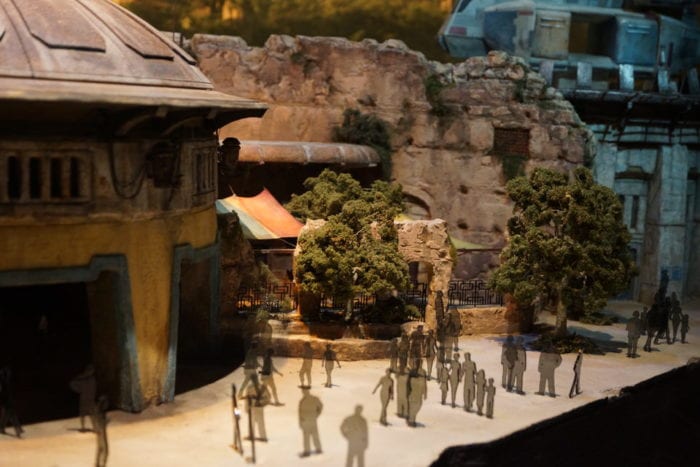 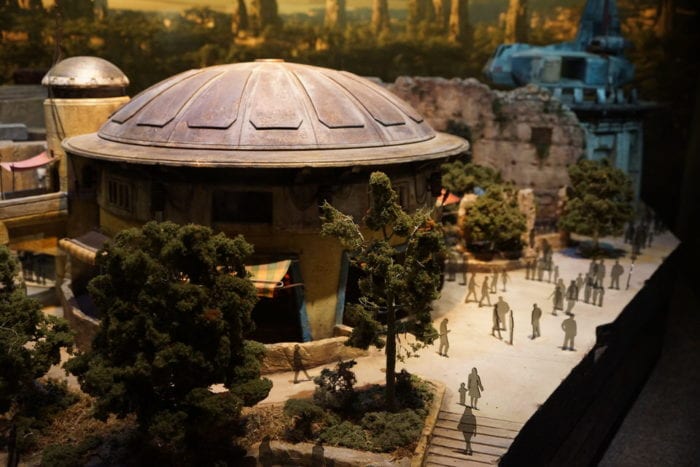 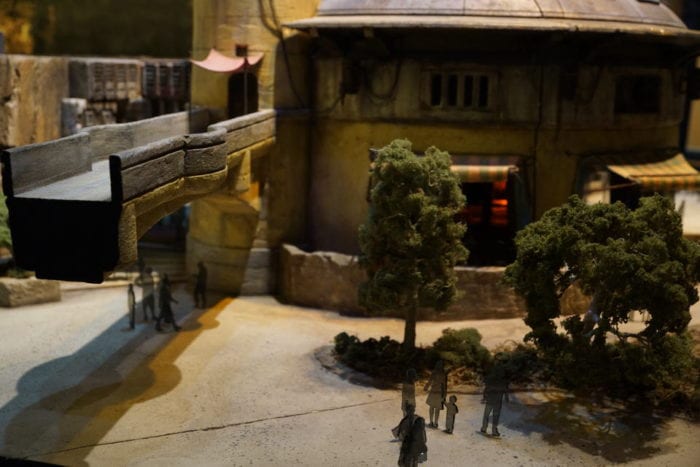 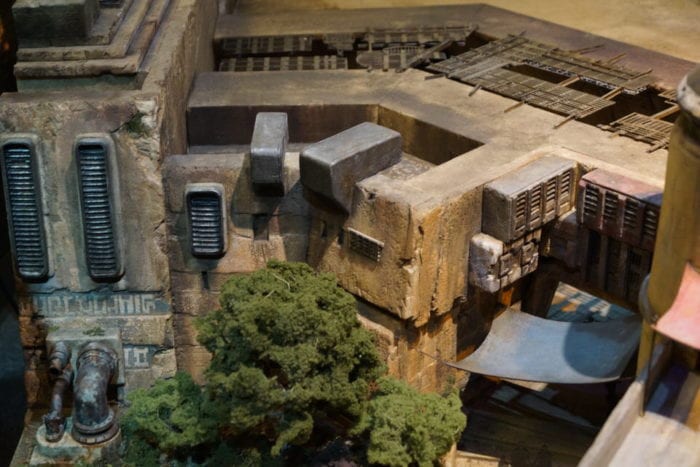 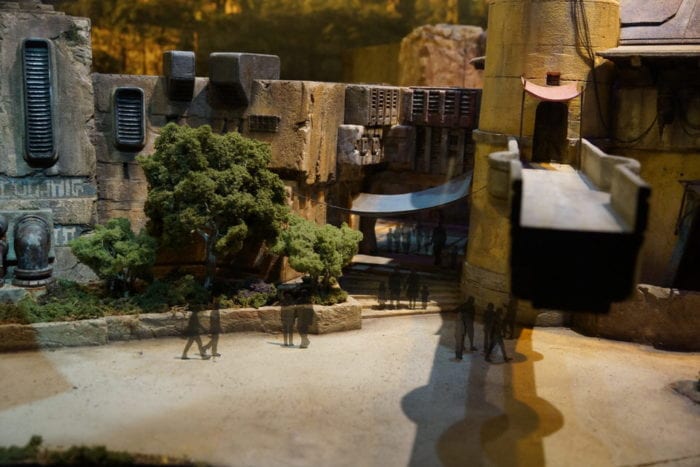 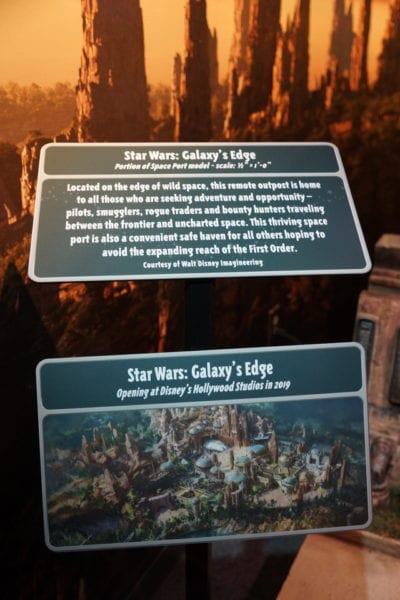 I want to know what you think about the New Star Wars Galaxy’s Edge Model.  Is it what you were expecting?  What’s your favorite part of the model?  Let us know in the comments section below!