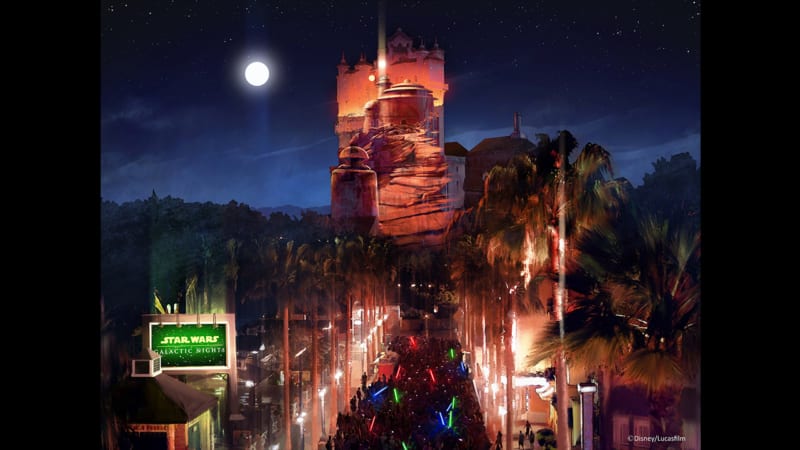 The debut of Star Wars: The Last Jedi is only a month away right now, and Disney has a very special event coming to Hollywood Studios to celebrate it.  The highly successful “Star Wars: Galactic Nights” was announced a while back and being my favorite after-hours event, I can’t wait to see what awesome things it has in store!

Some new info on Galactic Nights was just announced on “The Star Wars Show” on StarWars.com and so we wanted to share what else besides the things that have already been announced you can look forward to!

I want to know what you think about the Star Wars Galactic Nights Projections coming to the Tower of Terror and other Galactic Nights events.  Which experience are you most looking forward to?  Let us know in the comments section below! 🙂