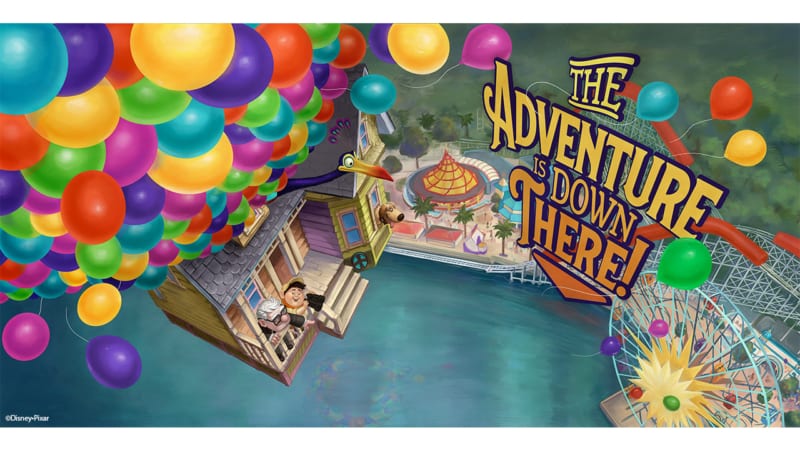 Disney has just released some concept art for the new Pixar Billboards coming to Disney California Adventure celebrating the opening of Pixar Pier in just a few days from now, June 23.

Once you get to Pixar Pier and go past Adorable Snowman Frosted Treats, you will see four large billboards giving you something to look forward to about your visit to this newly reimagined land.  All of them of course are themed to a different Pixar franchise.  Above you can see Carl and Russel in the house from UP! flying over the pier.  There is another one from WALL-E and two more we don’t yet know about. 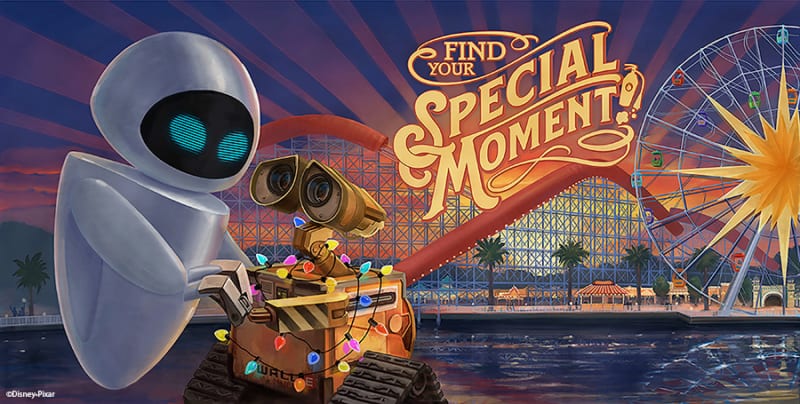 I guess this is a fitting touch seeing billboards lining Pixar Pier as that’s what you’d expect to see on a real boardwalk pier in another town.  Just one more week to go and we’ll get to see Pixar Pier for ourselves!  Besides the new food of course, we’re most looking forward to the Incredicoaster which takes the old California Screamin’ coaster and gives it an Incredibles overhaul.  Let’s hope the show scenes are good and add something to an attraction which didn’t have a very strong theme before.

I want to know what you think about the new Pixar Billboards Coming to Pixar Pier.