We already got a first look last month at some of the merchandise coming to Toy Story land with Alien and Slinky Dog Headbands, a light-up Slinky Dog and various shirts.  Now Disney is giving us a sneak peak at even more Toy Story Land merchandise ahead of the June 30th opening.  It’s going to be full of unique Toy Story merchandise that we haven’t seen in any other park.  It’s all coming to 2 retail stands which will be located inside Toy Story Land.  Let’s take a look at what’s coming…

First up are lots of unique Toy Story Land pins!

As you can see from the picture below, the whole Toy Story gang is involved basically including: Woody, Buzz, Jessie, Rex, the Aliens, Slinky Dog and ones which represent the new attractions Alien Swirling Saucers and Slinky Dog Dash coaster.  There is even going to be an exclusive passholders pin, tote bag and seasonal ornament just for them.  No word at how many they are limited to but they are sure to go fast! 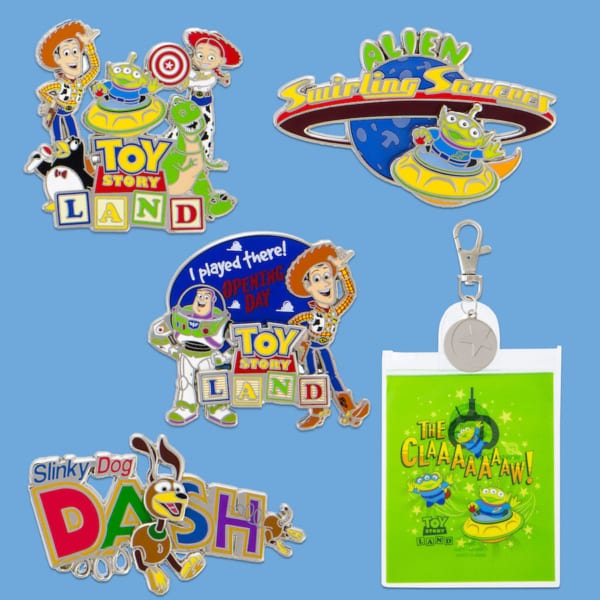 There’s also going to be a mystery pin set which are shaped like toy blocks with character silhouettes.  Expect these to go fast too! 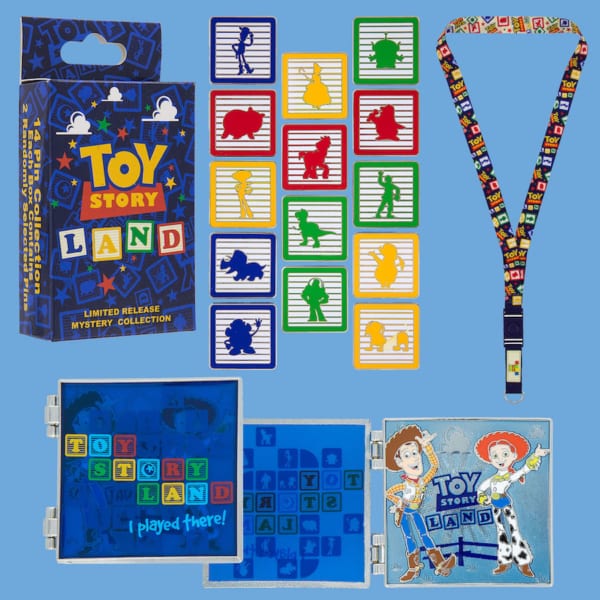 Other new apparel is coming like Hats, and T-shirts with the Toy Story characters on them as well as “I Played There” commemorative T-shirts to show everyone you were there on opening day June 30th. 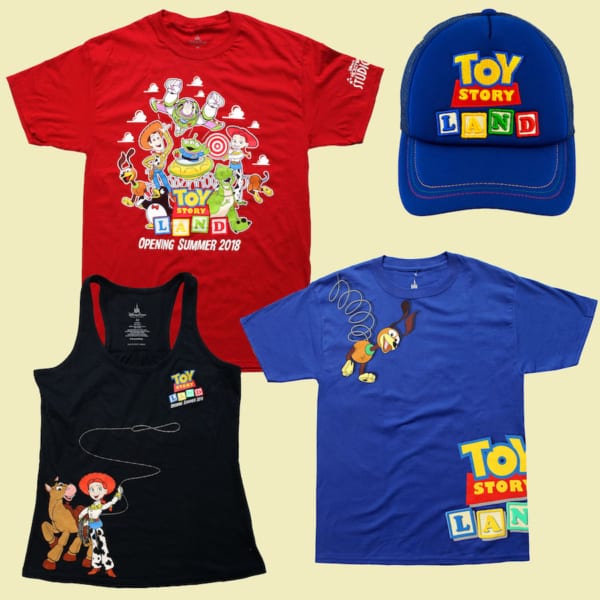 Look out for Space alien-themed light-up tumblers, coffee cups, a kids’ backpack, and a retail MagicBand. 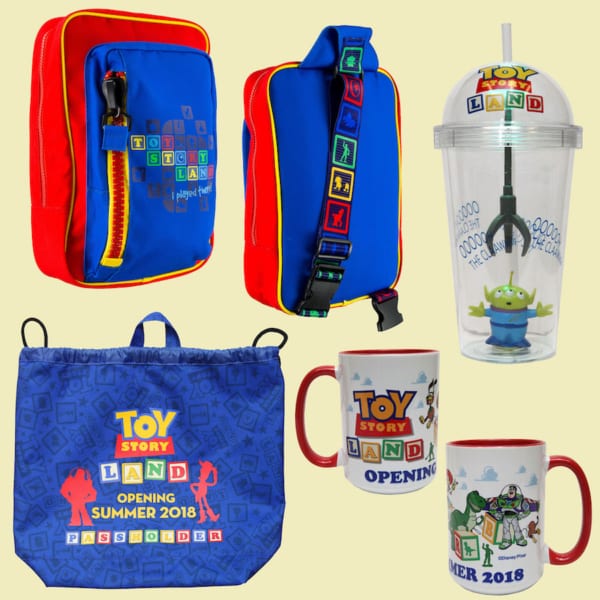 Brad Schoeneberg, director, Merchandise Strategy and New Park Experiences Development had this to say: “Merchandise that is true to the story ties everything together,” he said. “Each piece was designed so parents and kids could take their memories home and relive the fun of Toy Story Land long after their Disney vacation.”

It doesn’t look like most of this Toy Story Land merchandise is going to be exclusive to opening day as most of it will be available at the end of June in Disney’s Hollywood Studios at Beverly Sunset on Sunset Boulevard, In Character, and Mickey’s of Hollywood.

I want to know what you think about all the Toy Story Land Merchandise coming in June.