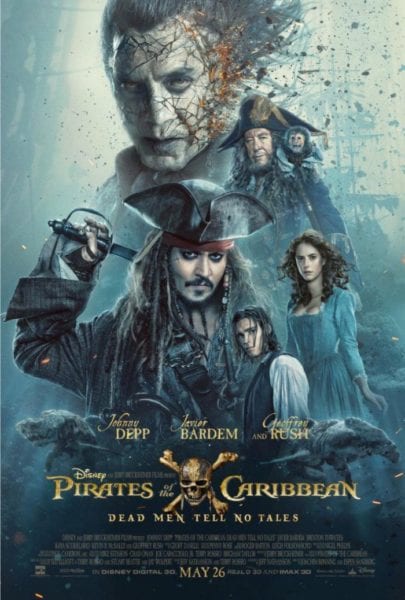 We’re super excited because a new Pirates of the Caribbean: Dean Men Tell No Tales Trailer has just been released on the Ellen Show YouTube channel.  The 5th episode in the Pirates saga of course welcomes back Johnny Depp as the lovable Captain Jack Sparrow and it appears it could be the last as in the video it says: “The Final Chapter.”

You can watch it here:

The name of course comes from the famous line in the Disney attraction where they say: “Dead men tell no tales…”, and it appears that Dead Man is an old acquaintance of Jack’s who is looking for some revenge.

From the action to the special effects and the comic banter between characters I don’t think we could have asked for anything more!  Dead Men Tell No Tales hits theaters: May 26th, 2017

Again I want to hear from you and know what you think about the new Pirates of the Caribbean: Dead Men Tell No Tales Trailer.  Are you excited for the latest episode in the Pirates saga?  Were you surprised that this is the last one?  Let us know in the comments section below!