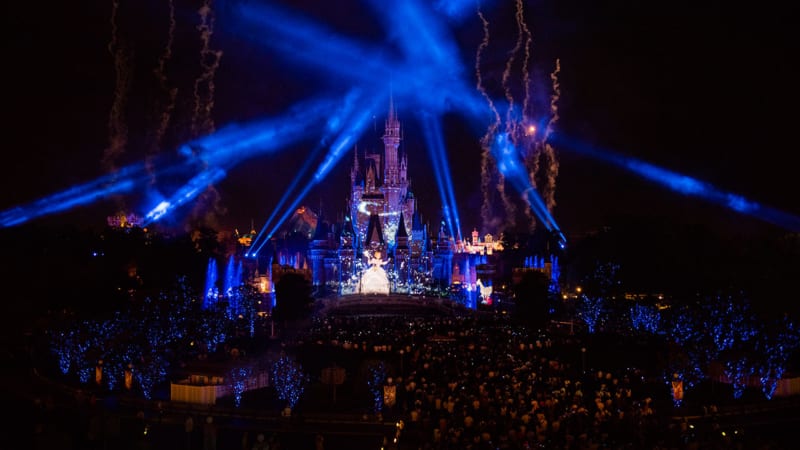 Not too much else is known about Celebrate! Tokyo Disneyland, and there were no mention of fireworks in the release, although I would find it really strange if there weren’t any.

Special merchandise for the Tokyo Disneyland 35th Anniversary will be on sale too like exclusive light-up pendants and plush badges of Mickey and Minnie wearing their special show costumes.  Expect some special treats in Tokyo Disneyland like the corn-on-the-cob-shaped sandwich at the Sweetheart Café.

I want to know what you think about new nighttime spectacular for the Tokyo Disney Resort and other entertainment coming.