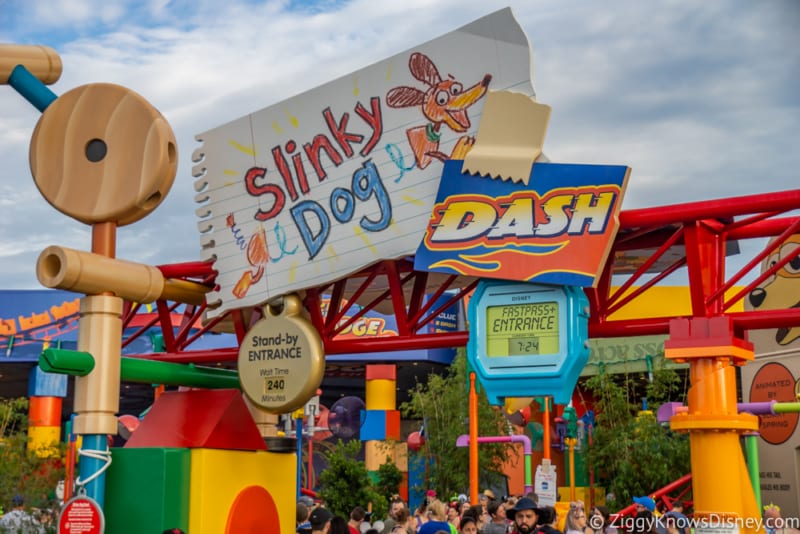 As if there weren’t already few things to do in Hollywood Studios, about an hour ago a massive power outage has shut down most of the attractions, shows and character greets in Disney’s Hollywood Studios.

UPDATE 7:41 – If you look on My Disney Experience you will see the list of things up and running in Hollywood Studios and there aren’t many.  As of writing this article you can get on Alien Swirling Saucers, Muppet Vision 3D, Rock n’ Roller Coaster and into the Star Wars Launch Bay but that’s about it.  Earlier it was even fewer things than that. 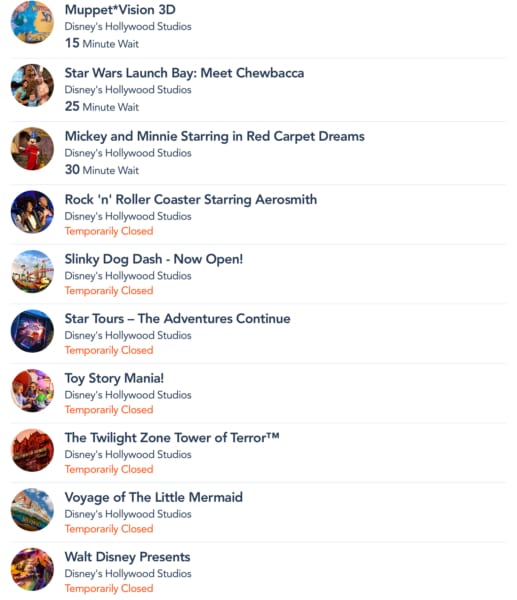 Apparently it was because of a failure with the cooling system which caused the closures of the attractions.  Slowly some of them are coming back online.  This is a developing story and we’ll keep you posted when more info comes out…

I was there. I was in line for Slinky Dog Dash and then I walked over to Tower of Terror for a fastpass only to find that it was down but my friend and I were exhausted so we sat near the exit of Tower of Terror (the room which you could view your picture in) and they came in and warned us that the air conditioning was off. I only heard about a fire once I started asking online. It was an interesting day. Long lines at guest relations and representatives from guest relations were also standing near the park entrance to help deal with all the complaints as quickly as possible. I left around 6:30 before any of the attractions came back up. Those who weren't leaving or complaining at guest relations were sitting along the curbs of Sunset Blvd and other places waiting for attractions to come back up. There also was no place to find AC. I'm glad I'm used to the Florida weather.

wow, sounds like quite the experience Michael. Thanks for sharing!!