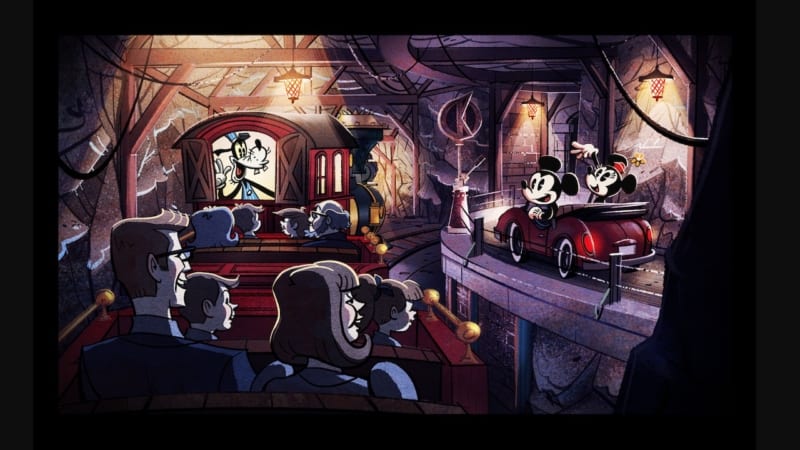 In the concept art we see Mickey and Minnie in some of their adventures and a look at the train itself: 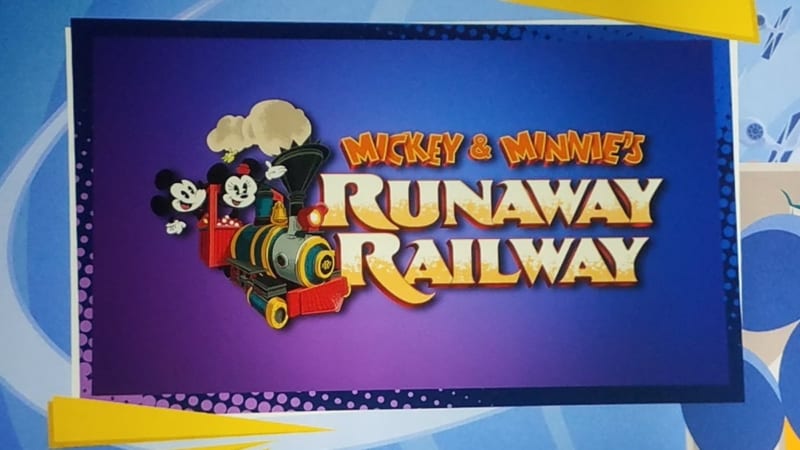 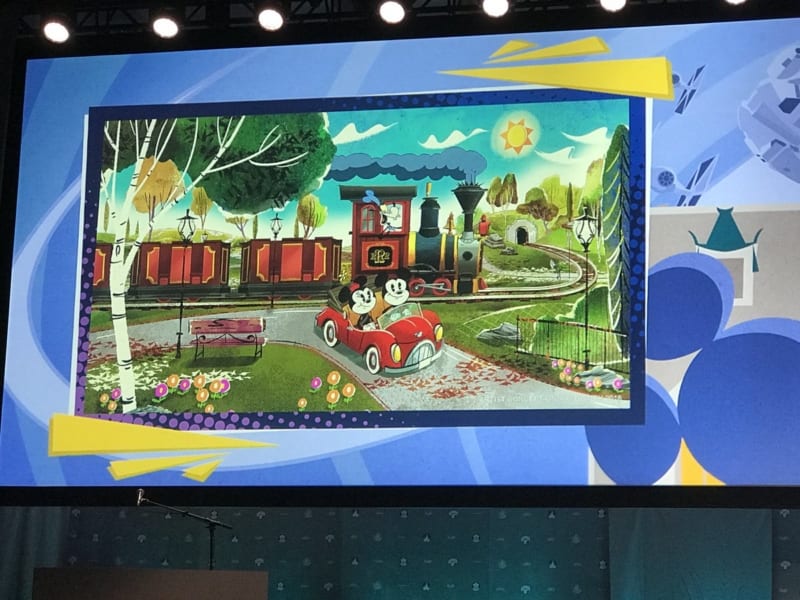 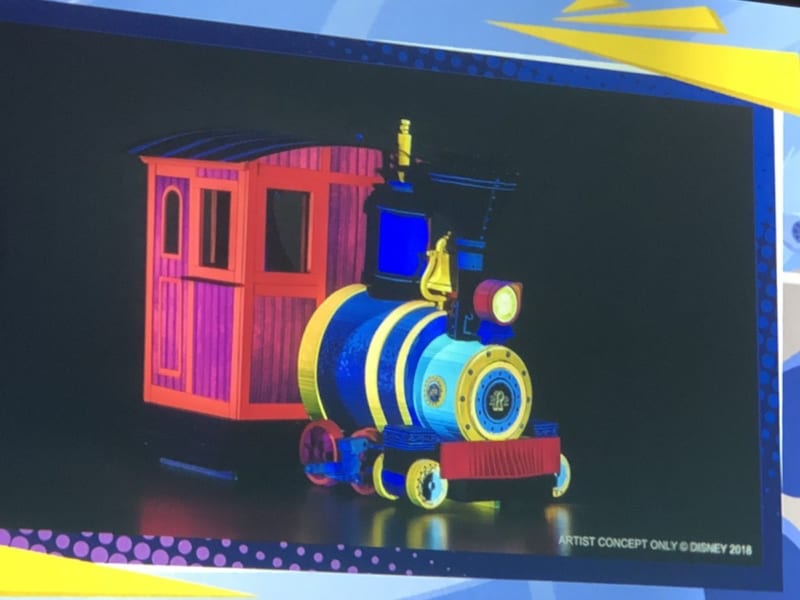 As you can see the train will be pulling the guest ride vehicles behind it.  The attraction starts with Mickey and Minnie preparing for a picnic.  Then as they head out, they drive alongside a train and find out that the engineer is Goofy.  Obviously you can imagine what then transpires is a wild and crazy ride! 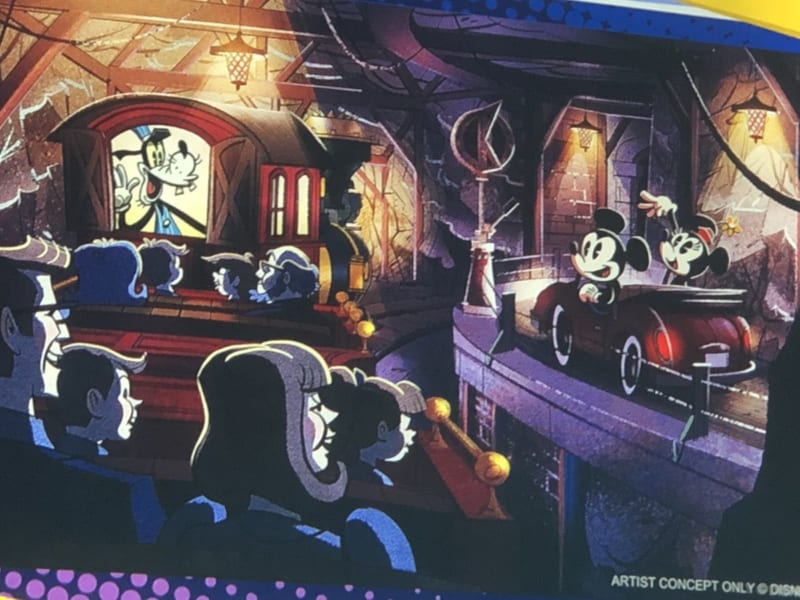 They also revealed that Minnie and Mickey’s Runaway Railway will have a catchy theme song.  The people working on the Mickey and Minnie figures in the attraction are working together with Disney Television Animation to keep the characters and storyline authentic.

You can read more about Mickey and Minnie’s Runaway Railway in our article explaining the attraction’s story.  It opens in Disney’s Hollywood Studios in 2019.  No opening date has been given but we’re hearing Spring.