NBA Experience Disney Springs will Make You Feel Like a Superstar 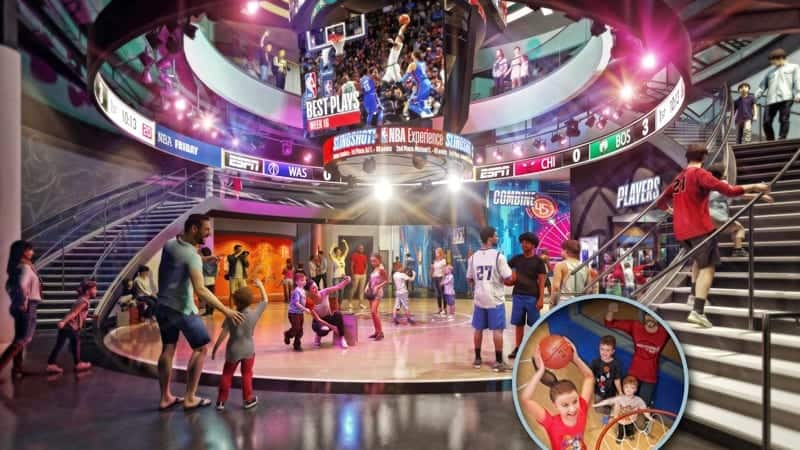 Today Disney revealed some new details about the upcoming NBA Experience in Disney Springs, and it sounds like it’s going to be a basketball fan’s dream!  Who hasn’t dreamt of slashing down the lane and dunking over fellow NBA players?  Now kids, and big kids alike will be able to live those dreams out and see what it feels like to be a real NBA Superstar!

Here are some of the things that the immersive NBA Experience will have:

Of course if all those unique NBA experiences wasn’t enough, take something home with you in the exclusive NBA merchandise store uniquely designed by Disney.

Overall I know many are not excited about the NBA Experience since it really has nothing to do with Disney, but the choice of immersive NBA games really sounds like it’s going to be awesome, and imo there are a lot of young boys/teenagers, and adults who are going love it!  I would have jumped at this when I was a kid!

Due to the NBA’s extreme popularity Disney is obviously trying to hit a market of people not excited by princesses or Star Wars, or at least would like something more.  If executed right I really like the idea and don’t see the harm putting it in Disney Springs right near two sports-themed restaurants/bars.

Now word yet on the opening date yet for the NBA Experience in Disney Springs, just Summer 2019.  We’ll keep you updated over the next few months on any more developments!