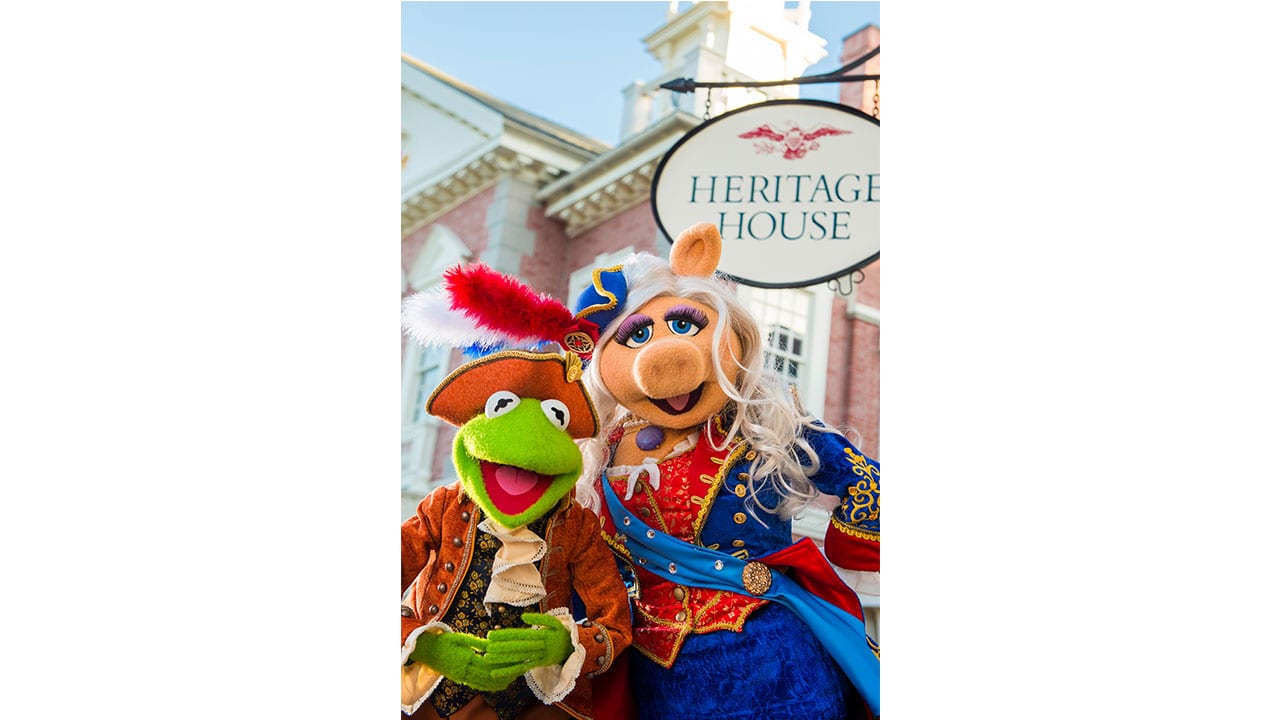 From the Disney Parks Blog:

“Sam Eagle, the fiercely patriotic American eagle who is forever trying to set a high moral standard for the Muppets, will join Kermit the Frog, Miss Piggy, Fozzie Bear, The Great Gonzo and James Jefferson, town crier of Liberty Square, as they gather outside The Hall of Presidents to present historical tales in hysterical fashion as only they can. From the midnight ride of Paul Revere to the signing of the Declaration of Independence, the Muppets appear throughout the day to share with Guests, their own unique take on the founding fathers and the birth of the United States of America.”

It will be a live outdoors show from the Heritage House in Liberty Square.  The way it’ll work is the Muppets characters will be presented above the windows of the Heritage House and they will pop out and perform to the crowd of people below.

I love this idea!  I mean I really love it!!  I think the fit is perfect, The Muppets are a way to bring education to the parks like Walt wanted, but at the same time make learning fun and fresh.  I think that kids and adults alike are going to have a blast, and I can’t wait to hear some of The Muppets humor and how they work in into the act.  I mean come one, it’s even going have its own original song and everything!!

The Muppets are making a comeback in a big way with Rizzo the Rat and his Muppet friends all coming to Hollywood Studios with a new Pizza shop called “PizzeRizzo.”  Just today we were even given photos of the new concept art for PizzeRizzo and it looks even better than I thought it would!  Now with them invading the Magic Kingdom it feels like it’s my childhood all over again, the Muppets are everywhere!  Don’t get me wrong that is a good thing and I’m loving every minute of it!

Some are negative about it, saying it strays away from the classic Magic Kingdom attractions which are more fantasy based, and that this is something better served in Epcot.  I disagree with that, I think Liberty Square is a great place for it and fits the theming perfectly with the Hall of Presidents.  I think Liberty Square serves as a great midpoint between Frontierland and Fantasyland, and seeing as many guests right now don’t necessarily stop there, this could be a great reason to make a stop.  I think it will really help people who are part of a society that gives less and less importance to learning about the past, to care a bit more.

We’ll see in October how the show actually is, but all signs are pointing to The Muppets being a great addition to the Magic Kingdom!