Just a couple of weeks ago we told you that Disney needed your help in giving a name to Disney’s Animal Kingdom’s newest griaffe calf. Now meet Amira! 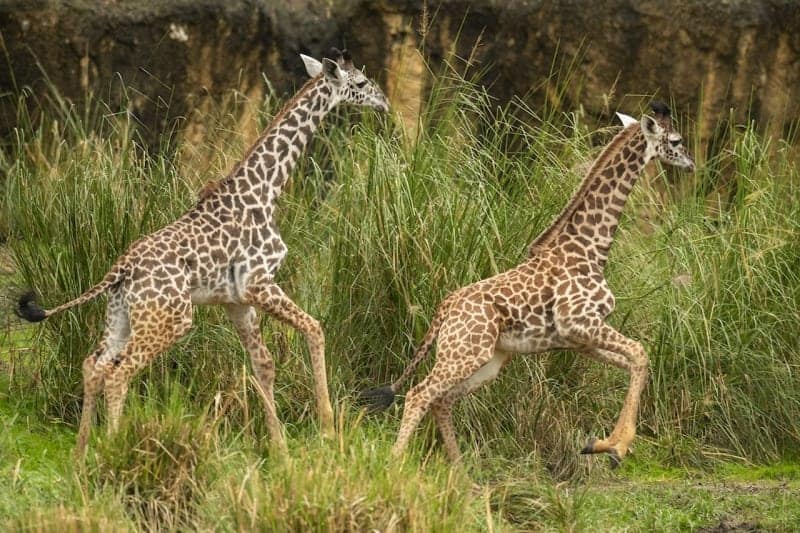 Here’s the video showing the reveal of Amira, the newest calf in Disney’s Animal Kingdom:

Amira was born on October 1, and has been spending time backstage with her mom until now.  Already she has grown nicely to more than 5 feet tall and has now joined the rest of the herd in Disney’s Animal Kingdom.  Though she is full of energy and loves running around the savanna, Amira is still cautious and doesn’t go too far from her mom yet! 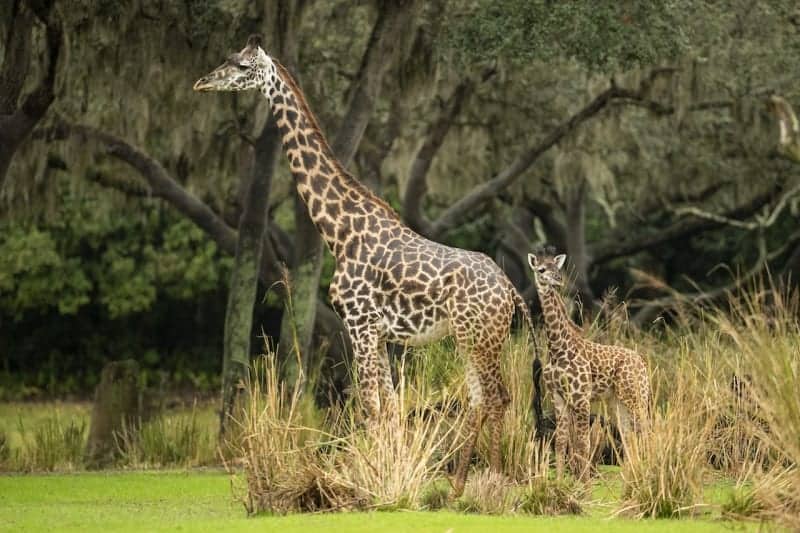 Amira is a Masai giraffe calf and her name means: “princess” in Swahili, and one look at her and you can see elegance!

However Masai giraffes are listed as “vulnerable” and are heading towards “endangered” status on the International Union for Conservation of Nature (IUCN) Red List of Threatened Species, with only about 32,000 giraffes left in the wild in Kenya and Tanzania, and that number rapidly dropping.  In fact Amira was born through the Species Survival Plan (SSP), breeding her parents Kenya and George and helping to increase the overall worldwide population of Masai giraffes. 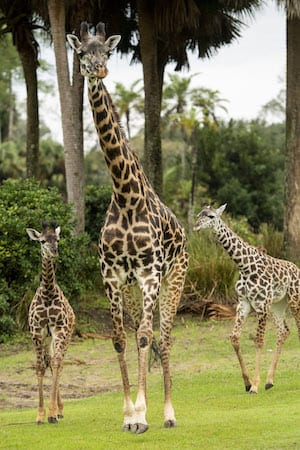 This highlights the work that Disney is doing to help support the conservation of these beautiful creatures though their Disney Conservation Fund even more important!

To find out more information about the giraffes and other animals in Walt Disney World, visit DisneyAnimals.com.