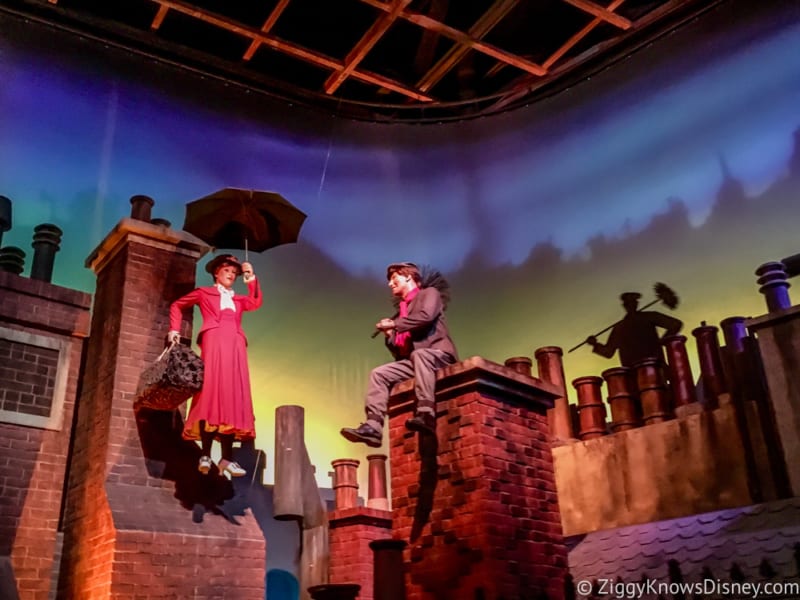 This rumor has been going around for some time now, we even talked about it leading up to last year’s D23 Expo, but now it looks like Disney has a Mary Poppins Spinner attraction in development for the UK Pavilion in Epcot’s World Showcase.

A long time ago a dark ride themed to Mary Poppins was being planned so fans thought that once Mary Poppins Returns was announced a dark ride would be a slam dunk.  Now according to wdwnt the Mary Poppins attraction is going to be a spinner ride similar to Dumbo the Flying Elephant instead.

I’ve heard from other sources that the theming of the Mary Poppins attraction for Epcot will be based around a big scene in Mary Poppins Returns in the park at the carousel, so the spinner attraction could easily be themed to that scene.

A look at this photo shows the back of the UK Pavilion where the Mary Poppins spinner attraction will be located.  Most likely the gazebo will be torn down to facilitate the construction of the attraction as well as the surrounding gardens: 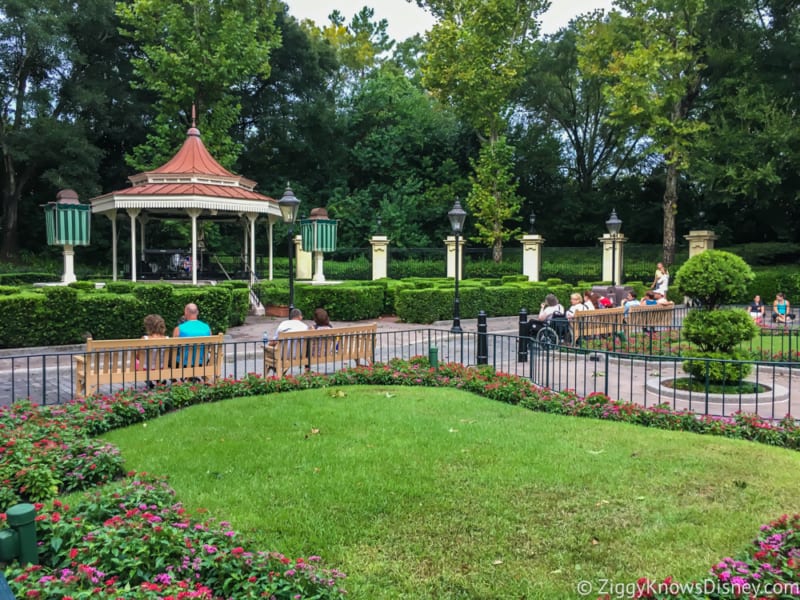 Don’t worry about the nearby World Showplace building however.  It makes too much money and is used in many events like “Party of the Senses,” so the attraction can’t bee too big.

For that reason, and the fact that Disney is on a kick to make Epcot more kid-friendly, we can expect a spinner attraction and not a dark ride.  Plus Disney has to get the Mary Poppins attraction done before the 50th Anniversary in 2021, so it won’t be something too elaborate and complicated to make.  This will be just one of the many new attractions coming to Epcot including the Guardians of the Galaxy Coaster in Future World, Ratatouille in the France Pavilion, and more unannounced surprises.

Honestly I’m disappointed with the choice of a spinner attraction over a dark ride.  I understand the need for kid-friendly attractions, but a dark ride is also fine for kids and makes it much more appealing to people of all ages.  This comes down to budget and space though and we’ll have to be content with this.

I’m told that Disney will probably hold off on an official announcement until Mary Poppins Returns hits theaters this December, because they want to make sure it turns out to be the box office smash success they are anticipating before giving the Mary Poppins attraction the green light.  However if it is a success it’s as good a done deal as you can find.