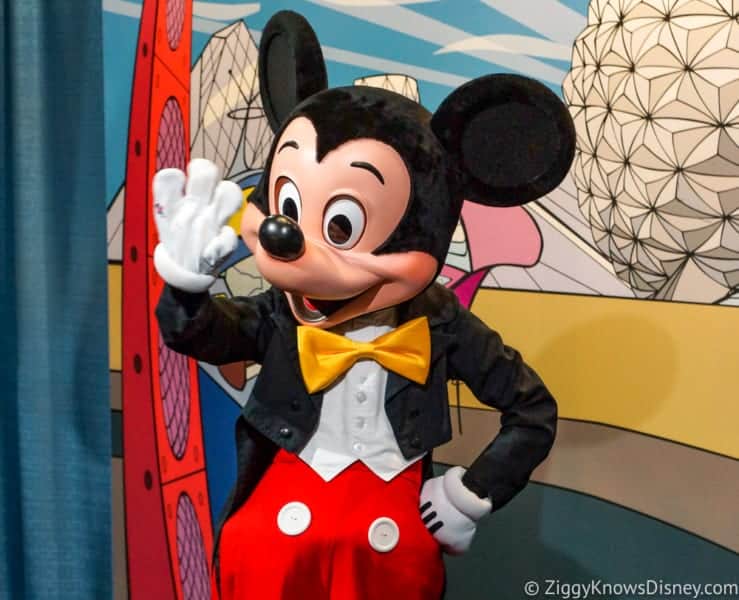 If you thought getting to see the Disney characters in the parks was fierce before, you haven’t seen anything.  A man has been banned from Shanghai Disneyland for assaulting a cast member dressed as Mickey Mouse.

Shanghai Television is reporting that the man tried stopping Mickey Mouse to get his attention when the beloved character was passing by.  When Mickey didn’t stop, a witness at the scene heard the man say: “If you won’t stop for me, then I will hit you”.  He then proceeded to hit the cast member on the head and tried stopping the witness from video recording the scene.  As you can imagine, hitting cast members is strictly forbidden in the Disney parks.

When Disneyland cast members tried get him under control he said: “I did pat its head. [But] what’s wrong with patting its head?” he shouted, as he left the scene with his hands covering his face.

The man was then promptly ejected from Shanghai Disneyland and banned for 6 months.

Shanghai Disneyland has refused to identify the man to the media.

This however wasn’t the first time a cast member has been assaulted in Shanghai Disneyland.  Back in November of 2017, a woman attacked a cast member dressed as the chipmunk Dale, and hit him so hard he had to be rushed to the hospital with a concussion.  The woman was reportedly laughing at the scene after the fact, saying it was “just for fun.”

The list of other incidents is a long one for such a new park.  In another incident reported online a cast member was beaten by a male visitor to the park after being told to stop pulling at Pluto’s tail.  In July another person was banned for 6 months after assaulting as cast member dressed as the Disney bear ShellieMay.

Any former cast members stateside will confirm how difficult it is to walk around with something weighing about 10 pounds on your head, and with your vision obstructed.  This puts the cast members in a very vulnerable situation, even when guests get too rough without malicious intentions.

Personally I think he got off easy with only 6 months and anyone stupid enough to do something like that doesn’t deserve to come back.  People need to make sure not to go over the line when meeting the characters in the Disney parks, and remember there are real people under there, and there are consequences.

I think the ban should be permanent because that man had NO RIGHT to assault a Disney Character at all. If 6 months did pass by and if the man did come back, the chances are he may start to kick off and assault the same character again. Mickey Mouse is my favourite Disney Character and his personality is cheerful, fun-loving, clean living, polite, brave, clever, bashful around girls and is also caring to others as well. I've heard that swearing at Disneyland Paris could equal you to leave the park. But assaulting a Disney cast member? That's bang out of order!