In a breaking situation, several guests are reporting that there has been a lightning strike at Disney’s Yacht Club and guests have been evacuated from the scene.  Guests were all moved to the lobby as the alarm was going off throughout the resort. 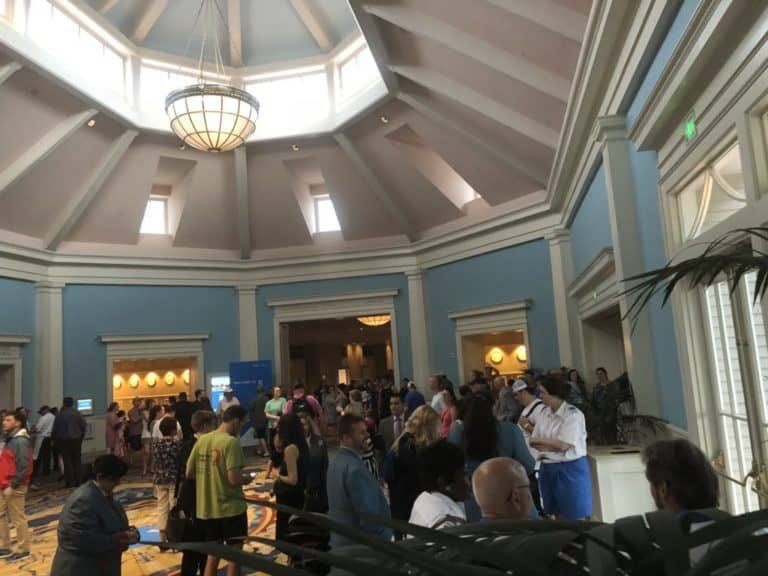 Many guests reported hearing “a loud thunder sound” which actually shook the building.  Firefighters arrived on the scene and guests were moved to the convention center also on the Yacht Club property.

Here is a video from the scene of the evacuation at the Yacht Club:

A lightning strike in Walt Disney World is not unlikely as it’s basically the lightning capital of the world, but there haven’t been too many cases of lightning harming guests on Disney property or major damage been done.  It doesn’t seem like the Yacht Club has sustained damage, and as far as we know all guests are safe.

It does however make me think that there are eventually going to be some issues on the Disney Skyliner with lightning because it’s just so common.  Disney is going to have their hands full in staying out ahead of a situation like this to keep everyone safe.

I want to know what you think about the lightning strike at Disney’s Yacht and Beach Club.

Back in July 1992. My first time in Florida, we were at mickeys backyard bbq and around half way through... we felt the back end of a hurricane. Think it was Andrew... not sure... but The electric guitar band on stage stopped playing with the lightening and the poles holding the tent up were coming out the ground... guests and staff were trying to hold them in. The Disney characters were brought in off the coach early to calm the kids like me down. I was 8 and scared to death. Within an hour it was all over.... everything was fine ? ... been 6 more times since lol ?

wow, crazy story! thanks for sharing! :)