The permits refer to: Interior fit-out for Project D, which indicates making the interior spaces suitable for occupation, one of the last steps that would occur before Galaxy’s Edge being open to the public.  We still don’t have an opening date for either Galaxy’s Edge in Disneyland or Hollywood Studios, and the last time we looked at Galaxy’s Edge permits we saw completion dates of the construction for December 2019, which seemed to indicate a possible Christmas-time 2019 opening in Hollywood Studios.

On these new permits the work expires on November 13th, 2019, which seems to indicate the Galaxy’s Edge construction pace has sped up a bit since the last construction permits.  The Disneyland version will be open in time for D23 Expo 2019, which indicates Summer around July – August.  In any case progress continues to be made in Hollywood Studios and a Fall 2019 now seems more possible. 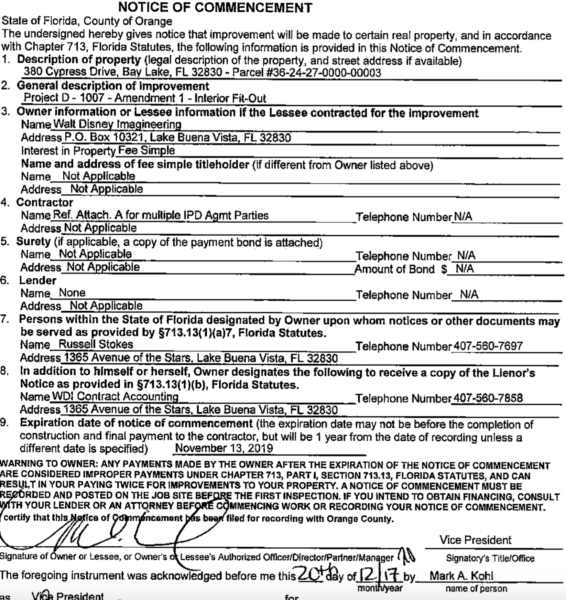 I want to know what you think about the new Star Wars Galaxy’s Edge construction permits.   When do you think the opening date will be?  Let us know in the comments section below!