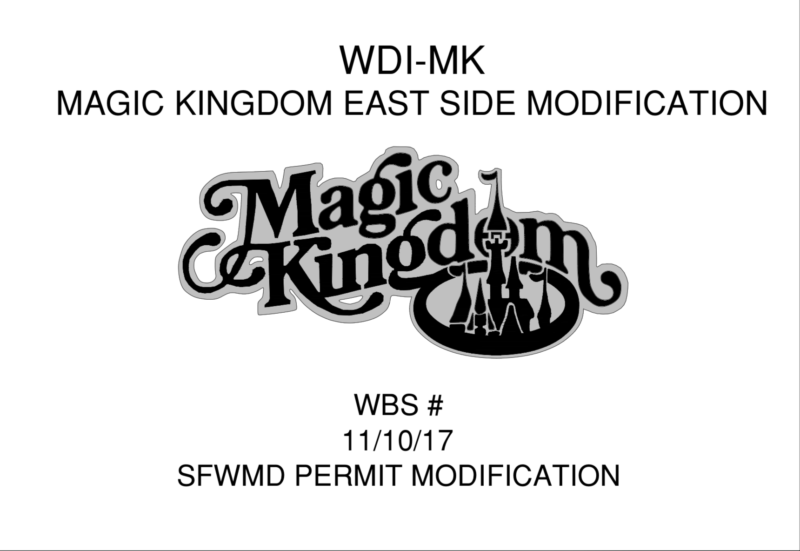 Since the TRON Lightcycle Coaster was announced at the D23 Expo in July, we haven’t had too much movement on the construction front.  That looks like it’s going to be changing soon as construction permits were just filed showing the TRON Coaster blueprints and where exactly it will be located in the Magic Kingdom on the map.  Let’s dive in:

As you can see on the cover page of the permits, the name of the construction project coming to Disney’ Magic Kingdom with the Tron Coaster is the “Magic Kingdom East Side Modification.”  In the blueprints below you can see the entire outline of the construction project in its entirety.  MK1 is the new Main Street Theater, and MK2 is the TRON Lightcyle Coaster project. 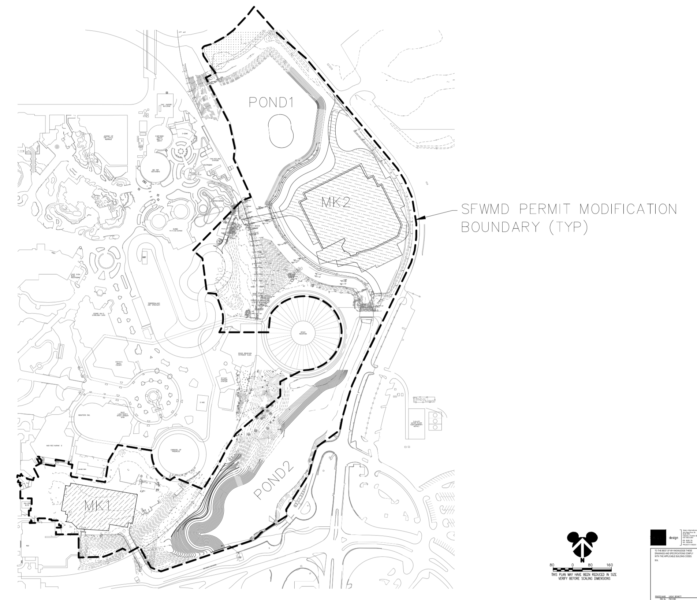 It’s a huge project and it borders all along the eastern edge of Tomorrowland, with the TRON Coaster located above Space Mountain and to the east of the Tomorrowland Speedway which is still in the plans.  In fact the TRON Coaster project is built slightly over the eastern side of the Speedway, which from the concept art looks like it will cover it somewhat.  The size of the TRON Lightcycle Coaster site is also notable with it having an even bigger footprint than Space Mountain does: 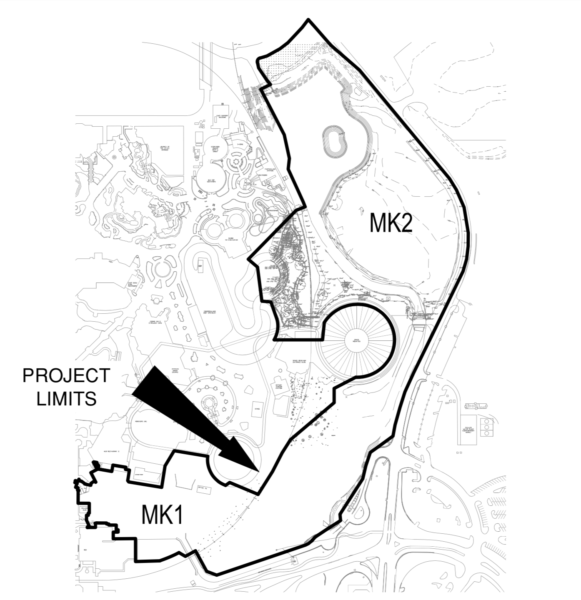 Here is a closeup of the TRON Coaster site: 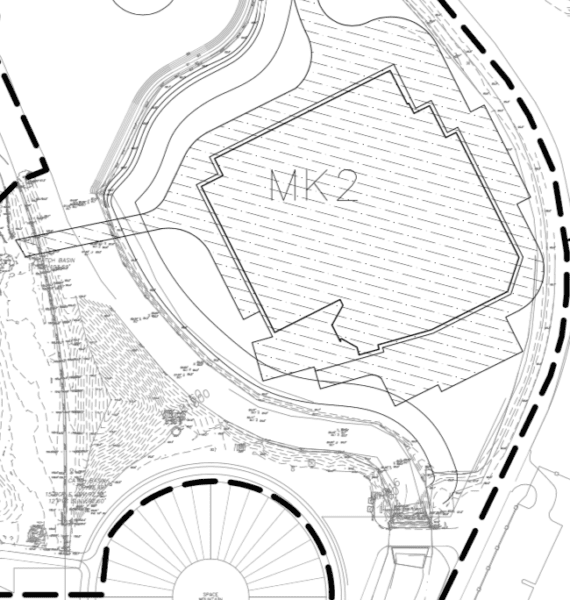 I’ve over-layed the TRON Coaster blueprints in a google maps shot of the Magic Kingdom to show you exactly where it will be located: 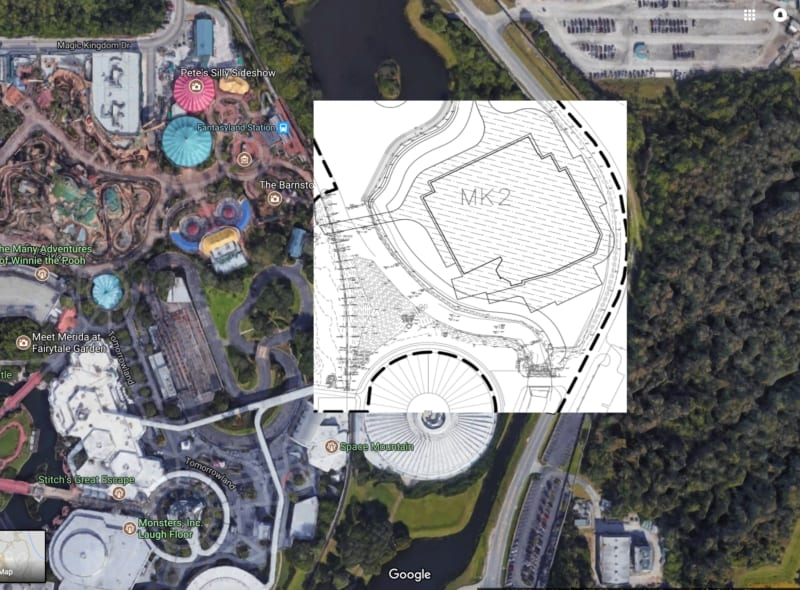 Here you can see a better look at the TRON Coaster concept art from D23 Expo, showing its proximity to Space Mountain, and the Speedway.

I want to know what you think about the TRON Coaster Blueprints.  Are you excited to see a TRON Coaster coming to the Magic Kingdom?  Let us know in the comments section below! 🙂

We just rode TRON in Shanghai and loved it. The ride will be great, but I'm interested so seem how some of the "secondary" features turn out. In Shanghai, the views of the ride, especially at night, are amazing, and TRON really shines over all of Tomorrowland. Hard to see how it will do that from the indicated position (but maybe I'm just not seeing it clearly). There's also a risk of it shining into Fantasyland too much.

Wow Ken, that's awesome! I haven't made it out to Shanghai yet so I have to say I'm jealous! I'm also excited to hear you confirm what others say about what an amazing attraction it is. As far as shining over Tomorrowland, it's a good question seeing how it is set in the back behind the Speedway. How much of it will actually be visible from the center is a good question. I tend to agree with you and don't think it will be as much a presence as it looks like in Shanghai. You are also right on the Fantasyland visibility. They clearly will have to do some imagineering to keep the ambiance from there once TRON goes in