Even though it doesn’t come out till next Summer, this morning Disney and Pixar Studios have released the first Toy Story 4 Teaser Trailer.  The trailer has all the usual Toy Story characters: Woody, Buzz, Jessie, Rex, Slinky, Mr. and Mrs. Potato Head, a Green Alien, Ham with another unexpected guest who doesn’t belong!

“Forky” is the newcomer in the Toy Story 4 franchise which includes an updated synopsis that reveals the Toy Story characters are going on a brand-new “road trip adventure”.

Check out the Official Trailer here:

The Toy Story 4 storyline reads as follows: “Woody has always been confident about his place in the world and that his priority is taking care of his kid, whether that’s Andy or Bonnie.  But when Bonnie adds a reluctant new toy called “Forky” to her room, a road trip adventure alongside old and new friends will show Woody how big the world can be for a toy.”

Disney Pixar also revealed a new Toy Story 4 poster to go along with the teaser trailer: 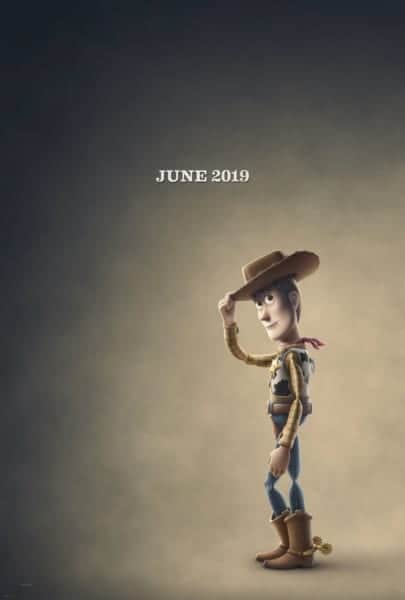 I’m super excited for Toy Story 4, probably the animated film from Disney I’m looking forward to the most.  I was a little disappointed we didn’t actually get any footage from the film, but that can be expected from a teaser trailer.  While we don’t know much about the plot, some of the cast have said that it will be a tear-jerker and will definitely tug at your heart-strings.  Sounds like another huge hit for the Toy Story franchise!

Check our complete list of Every Disney Movie coming in 2019 for more great films hitting this year.

I want to know what you think about the First Toy Story 4 Teaser Trailer…..