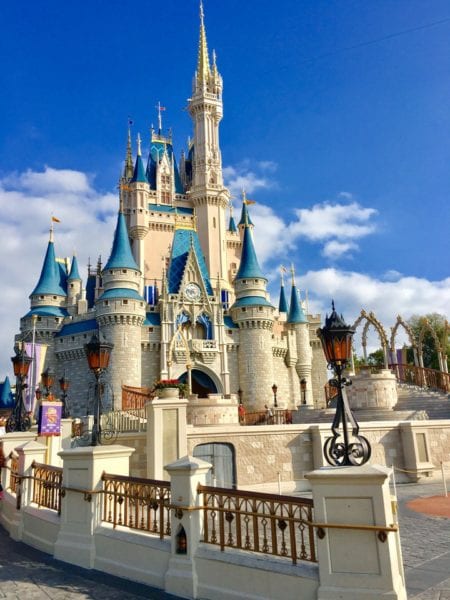 UPDATE June 7th: We have an update to the original story regarding the FastPass+ changes and how guests cannot use the former loopholes in the system to get extra FastPass+ reservations.  Disney is now taking a much firmer stance on the cheating, and you will only be able to make FastPass+ reservations now using a ticket that has been used as admission to enter the park that day.

Anyone who in the past has made FastPass+ reservations using tickets not used for admission the same day will be locked out of their accounts until they speak with a Cast Member or call Guest Relations.  If guests continue to try and redeem FastPass+ reservations using tickets that were not used for park admission that day will run the risk of having thier My Disney Experience Accounts permanently locked-out.  Pretty severe stuff from Disney, but should stop all cheating of the system!

ORIGINAL STORY: Supposedly today June 6th 2017, Walt Disney World has already started making some FastPass+ changes in the parks that will have a profound effect on how many guests use FastPass+.  Basically many guests have been manipulating the FastPass+ system to be able to get more FastPass+ than they are theoretically allowed, using expired tickets or tickets from other guests not in the park that day.  You could take one of those tickets in the park with you, and bring it to one of the in-park FastPass+ Kiosks, loading up on FastPass+ reservations for the day, but never actually using the ticket to enter the park.

Now a New In-Park Validation System will check to make sure a guest has actually used the ticket first to enter the park before making it available to use to redeem your FastPass+ reservations.  If a Cast Member catches you they throw you into the prison on the Pirates of the Caribbean ride for the rest of the day…ok no, not really, but they can have their My Disney Experience Profile locked out, for which you will have to make an unpleasant trip to Guest Services to get it unlocked.  If action persists then they could keep it locked for an indefinite period of time which would be bad for anyone wanting to visit Walt Disney World and use the FastPass+ system.

This new policy should be rolling out in the next weeks but already some guests have reported changes today in the parks.  This is still waiting to be confirmed.  This is a big change no doubt and has many people in an uproar.  What do you think about the changes?

I want to know what you think about the new FastPass+ changes.  Have you ever used this tactic to get additional FastPass+ reservations?  Do you think it’s right that Disney’s cracking down on this tactic?  Let us know in the comments section below!

I'm glad they're cracking down! So unfair that some people were cheating the system in that way. Maybe if everyone followed the rules, more people would be able to get a FastPass for Mine Train! And with Pandora opening up, all I can say is Hallelujah!

I agree with you Angi, too many people try to cheat the system, making it more difficult for everyone else. Now if they can crack down on the people making bogus hotel reservations then cancelling after making FastPass+ reservations or ADR's, that would be great too!