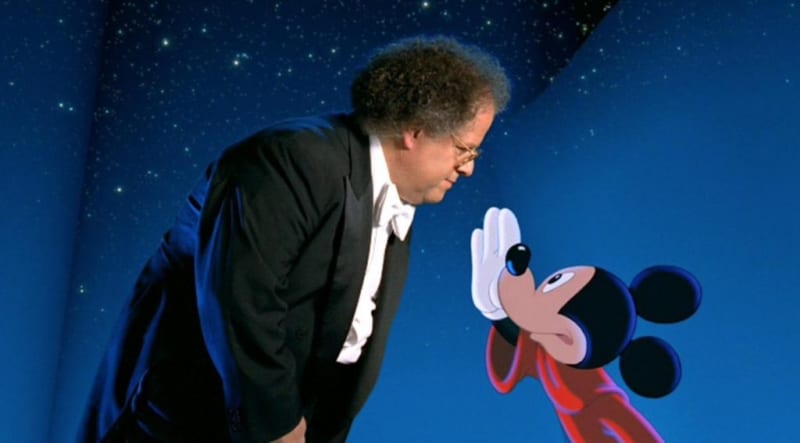 According to The New York Times, Disney Conductor James Levine is being accused of sexual abuse and suspended from the Metropolitan Opera after three men came forward with sexual abuse charges.  James Levine is known to Disney fans for his role conducting the Chicago Symphony Orchestra in the soundtrack Fantasia 2000 and also appearing in the animated film with Mickey Mouse.

We are suspending our relationship with James Levine, pending an investigation, following multiple allegations of sexual misconduct by Mr. Levine that took place from the 1960’s to the 1980’s including the earlier part of his conducting career at the Met. Mr. Levine will not be involved in any Met activities, including conducting the scheduled performances at the Met this season. “While we await the results of the investigation, based on these new news reports, the Met has made the decision to act now.” said Peter Gelb, Met General Manager, whose actions are fully supported by the leadership of the Met Board and its Executive Committee. “This is a tragedy for anyone whose life has been affected.”

For the Walt Disney Company, this comes on the heels of Disney Animation Head John Lasseter taking a leave of absence due to sexual misconduct allegations.  I don’t think this should have too much of an effect on the Walt Disney company like Lasseter does, seeing as the allegations by the 3 men were not connected to when Levine was working on Fantasia 2000, but this does follow the long list of recent sexual abuse allegations which have ripped through Hollywood and Television studios in the recent weeks.

I want to know what you think about James Levine being accused of sexual abuse.  Do you think this will have a negative impact on Disney?  Let us know in the comments section below!