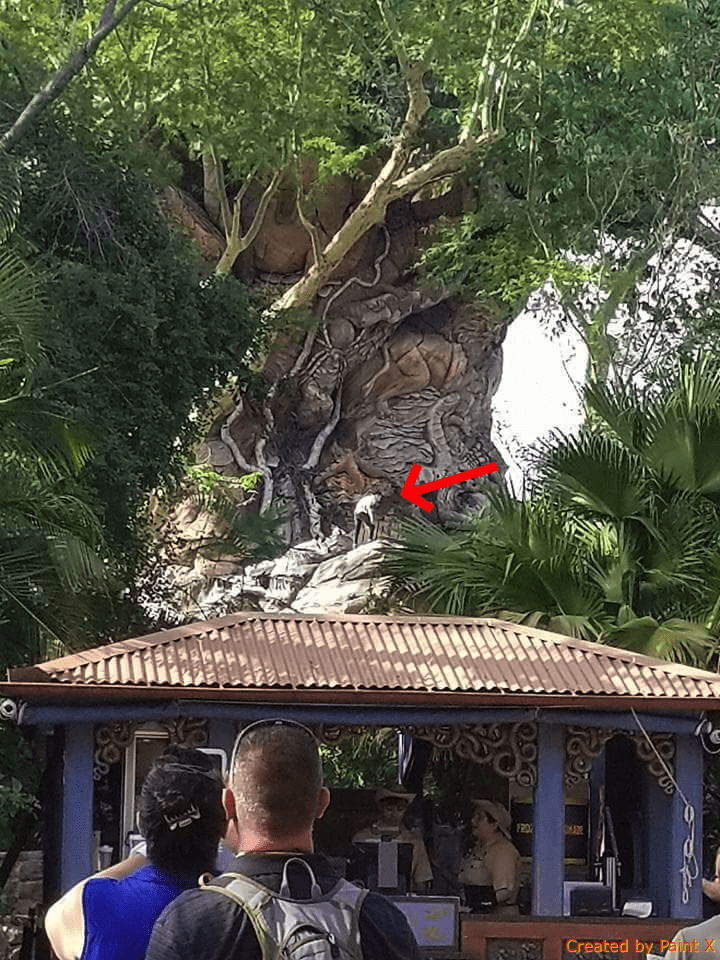 Yesterday in Disney’s Animal Kingdom, 4 people tried to climb the Tree of Life on Discovery Island.  The above is a picture that was taken at the scene of one of the climbers.

Disney security reportedly caught up with the 4 park guests, though it’s not known what kind of discipline was taken against them.

This follows a trend of Disney park guests who feel the need to climb the various buildings located throughout the parks.  A couple years ago a drunk man decided to climb the pyramid in the Mexico Pavilion in Epcot, not to mention various guests who have entered the fountains at Jouney into Imagination or at the Epcot entrance.

I think guests who decide to go so far out of bounds to do something like climb the Tree of Life should be banned from the Disney parks, at least one year, if not more.  Or as some readers have suggested: Make them ride “It’s a Small World” for 24hrs straight!  That would make people think a little more before doing something so stupid that could risk their lives or lives of others!  What about you?

I want to know what you think about the people climbing the Tree of Life in Disney’s Animal Kingdom.  What should their punishment be?  Let us know in the comments section below! 🙂

A good switching from the tree of life?

This would definitely set a precedent and make people think twice before being stupid!

I agree with you...banned from the park.