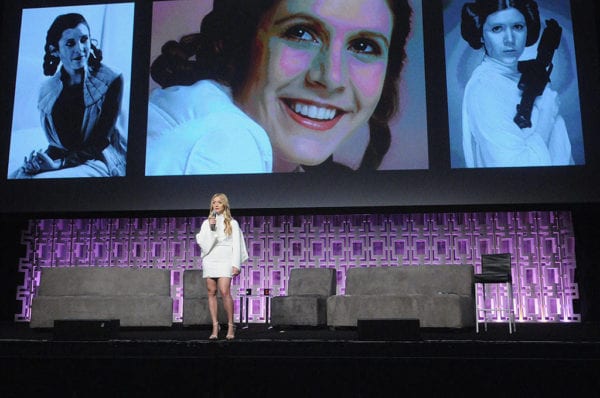 This weekend at Star Wars Celebration Orlando the crowd was treated to a special Carrie Fisher Tribute film which was made by Lucasfilm and all of Carrie’s friends and family.  There wasn’t a dry eye in the place.

Mark Hamill also had his own panel over the weekend where he expressed how much his relationship with Carrie meant to him.  It was awesome to see how the cast of Star Wars really did come together like a family and had life-lasting bonds between them.

Carrie meant so much to those who knew here it was nice for them to send her off in the right way.  She was a woman who was able to become such a part of her role that as she herself said, her and Princess Leia were as one.  We certainly are going to miss her as she’s been such a big part of the lives of not only the people who knew her personally but millions of others who got to know her from afar.

I want to know what you think about the Carrie Fisher Tribute Video.  Were you able to watch without crying?  In your opinion, what made Carrie Fisher so special?  Let us know in the comments section below!